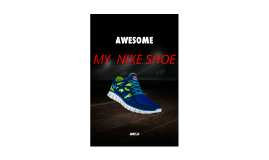 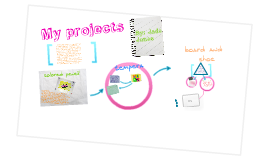 Transcript: My projects I chose Extreme high heels for my subject because i love fashion. i also love shoe's in general. Every time i get my allowance i either go shopping or i go to the movies but mostly shopping!! :) I love the colors and ideas that people have. I also wanted to create/design a shoe. I love fashion and accessories so i thought this would be the perfect opportunity to make one of my dreams to come alive... and that was to design a shoe. tempera My critique i feel that my tempera/pop-art painting is very admirable in my case.I love how it turned out with the neon colors and the 80's high heels. the only thing i would change is the layers of the neon colors and how they over lapped each other. i also wouldn't have put the paper in the flatterer because it put splotches of color on it and it looked horrible. board and jdjdshoe colored pencil (cc) photo by Franco Folini on Flickr Next is my design shoe and board.... :) (cc) photo by Metro Centric on Flickr My i didn't have enough time to do them like i would.I wanted with the fabric that i wanted. to actually make the shoe and i didn't like the way my shoe turned out and i would change it in EVERY POSSIBLE WAY! Critique board and how My Critique: i like my colored pencil cupcake shoe because of the colors. The idea of a cupcake shoe is amazing but any way. i like the angle. And the way that one shoe overlaps the other. i also like the lines at the bottom on the base of the shoe. if i could change one thing it would the fatness of the shoe and the whipped-cream. shoe turned out because By: Jade Jones it turned out but i don't like how my What i learned! :) I love my FIN (cc) photo by jimmyharris on Flickr This year I have learned many things in 9th per. Art. I have learned how to make an amazing design board by just using my style. I have also learned how to pick one subject and then make endless possibilities with that one subject. i have learned how to pick colors that work well together and make them into something more. I have also learned the "language" of art that Mrs. G speaks. :) thanks for helping me learn endless possibilities! 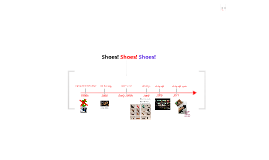 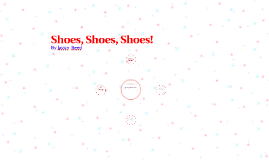 Transcript: Nike is by far the second best shoe and that's my opinion. Nike is mostly an athletic type shoe. Its good for running and working out. It is also for style too. Lebrons are an all out shoe its both style and athletic. Lebrons are used for basketball shoes mostly. Lebrons are all around basketball shoes. Updated shoes The first shoe Shoes updated over time and we started giving them color and names. We have a lot of brands like Nike, Jordan's, Kds, Lebrons, Vans, Sperry's, etc. Overtime theses brands became very popular, especially jordans and nikes. By Javun Beed Jordan Lebron By far Jordan shoes seem to be most popular and that's just my opinion. Jordan shoes are a style and athletic type shoe. The Jordan brand has spread a lot and still is. The earliest known shoes are sandals. In 7,000 or 8,000 BCE, it was found in the Fort Rock Cave in the US state of Oregon. Nike Shoes, Shoes, Shoes! 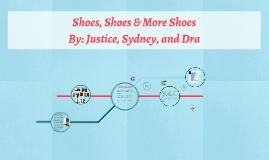 Transcript: BOOTS! WHY SHOES? Sydney: I don't just love shoes, i'm obsessed with them. BOOTS are my favorite. Justice: I have an obsession with converse. i own at least 30 pair Dra: Because everyone has to have shoes! Types of Converse Shoes, Shoes & More Shoes By: Justice, Sydney, and Dra History of the Cowboy Boot: In the early days of the West, cowboys faced rough, unpredictable conditions and extreme weather from relentless snow to blistering heat as they rode across the country. This dangerous work demanded that they could move quickly. Staying comfortable, safe and alive in these conditions created the need for a new type of boot, which is known today as the cowboy boot. The earliest designs were from the cavalry boots worn by soldiers during the Civil War, and other similar designs from the early 1860’s. After that, boot makers kept experimenting and suddenly the boot designs became limitless. The more extraordinary the cowboy boot could be... the better. The first pair of converse were made in 1908in Malden, MA. The founder of converse was Marquis Mills Converse. By 1910, Converse produced 4,000 shoes daily. Converse were an early history thing that soon died out but came back and is very much so bought in the 21st Century. Questions Sources: Type of Jordan's Who Produced the first pair of Converse? What year were they produced? Who produced the first pair of Boots? Where were boots originated from? Who made Air Jordans? Who were they produced for in 1984? Which Shoe do you prefer? Designed by Peter Moore First produced in 1984 Were produced in a red and black colorway to match the Chicago Bulls because they were made for Michael Jordan Jordans were released to other people besides MJ in 1994. From 1994-2014 the Air Jordans have became a huge hit Different types of Boots - Doublehboots.com - Google Images - Wikipedia - Converse.com - Nike.com - Airjordans.com Jordan's Converse 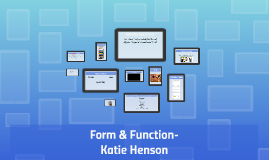 Transcript: "6th graders don't work!" http://www.livescience.com/4964-shoes-worn-40-000-years Visual Essay New Use for Shoes Model: Plant Holder How does the form and function of different types of shoes benefit us? LESSON PLAN Describe one use you have for a certain type of shoe. How would you classify all the types of shoes into a few categories? Create your own use for shoes that is not already common. https://www.healthstatus.com/health_blog/back-shoulder-joint-pain/is-going-barefoot-good-for-you/ Brainstorming- What are some uses of shoes that we know of? Guilding Questions DRIVING QUESTION: Fashion Sources for Research http://all-that-is-interesting.com/fascinating-history-footwear Converse, sandals, heels Work Brainstorming- what other things could shoes be used for? Sorting Sydney's Shoes To store small items house key outside Plant holder Types of Shoes Form & Function- Katie Henson Protection -rain -stubbed toe -rough ground Comfort -Dr.Scholls Style -accessory to your outfit high tops, cleats, ballet Fashion Sport Sport Fashion Fashion steel toe, no slip, professional Video Resources Sports/Play