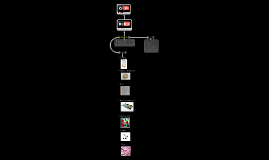 Transcript: Material resistant card Contact Process: wood frame Materials: Bedbugs or adhesive band Vinyl for fabric 1. The mesh was put in the wood frame by us. The mesh has to be warm with the help of the bedbugs. 2. Trace over contact the design of the draw 3. Cut the draw making a bead 4. Paste the bead over mesh. 5. on a hard surface put a piece of clothe you want to print. 6. Put over the wood frame with the mesh and paste the contact on the mesh. 7. Support the wood frame for prevent the movement 8. With the cards expand ink with pressure upon the draw made on the contact. Fabric Mesh Screen printing is a printing technique that uses a woven mesh to support an ink-blocking stencil. The attached stencil forms open areas of mesh that transfer ink or other printable materials which can be pressed through the mesh as a sharp-edged image onto a substrate. A roller or squeegee is moved across the screen stencil, forcing or pumping ink past the threads of the woven mesh in the open areas. Screen printing is also a stencil method of print making in which a design is imposed on a screen of silk or other fine mesh, with blank areas coated with an impermeable substance, and ink is forced through the mesh onto the printing surface. It is also known as silkscreen, seriography, and serigraph. SCREEN PRINTING 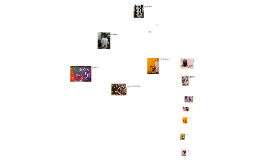 Transcript: Jimi Hendrix Drawing (Bigger version): Senior Year. Arnold Palmer: Junior Year. I Have always loved art since i was a little kid. The reason i loved it so much was because my grandma loved art and she would always buy me little arts and crafts things that i could do. she would have me paint chairs and other furniture with her. As i got older into middle school i took drawing and painting. i didn't really start out drawing that well until i got into high school, and even now I think I'm mediocre. When i was a sophmore I liked to do a lot of Par 5 designs. Par 5 inspired me and all of my friends to make really cool designs for the filming group that we had. Almost every design we made was involved with skiing and or snowboarding. Junior year was very similar. A lot of my designs were skiing related. My senior year was a lot different. As for the skiing, to my it was a really crappy season and I personally didn't really even want to go up. As for the school part of my senior year, i started off really bumpy in my first semester and got into some trouble, slacked off in school. I ended up failing two classes. I went from having five classes my first semester and having an early out every other day, to having a full schedule and night school every Monday and Wednesday. Now as it has come to the end of year, i have pulled my stuff together. I got done with night school early, i have good grades in all my classes, and I'm ready to graduate and start my life. Jimi Hendrix Drawing: Senior Year. New Retro Scratch Board: Sophomore Year. Pablo Cruise: Sophomore Year. Final: Junior Year. Arnold Palmer: Junior Year. Par 5 Design: Sophomore Year. Par 5 sweatshirt: Junior Year. JP GARNER Drawing by Roy Reagan Screen Printing: Me Sophomore Year. Skier Shirt: Junior Year. Nike 6.0 Owl: Junior Year Nike Shirt: Sophmore Year. 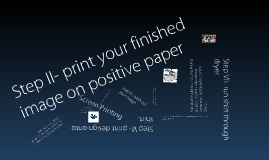 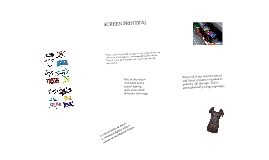 Transcript: SCREEN PRINTING A screen fabric or mesh is stretched tightly onto a square or rectangular frame. Part of the screen is blocked with a stencil leaving open areas which will print the image When ink is put onto the screen and frame, pressure is needed to push the ink through. This is accomplished by using a squeegee. When the ink is passed through to the surface below, the substrate, is printed with the image defined by stencil. The substrate may be paper, cloth, glass, plastic and many more. 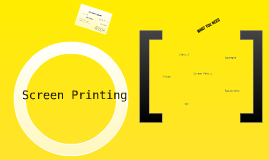 Transcript: What you need Stencil Frame Screen Fabric Ink Squeegee Substrate Steps on how to Screen print 1. Choose an image 2. Crop the image and have it transferred into a high contrast black & white image on transparent film 3. Screen Burning a. Transfer film positive onto silkscreen b. coat the screen with emolution 4. Tracing - layout the guidelines for the final image on the canvas 5. Under painting - choose colors to paint the canvas 6. Screen Print - Line up the the image on the silkscreen with the painted image on the canvas then put some ink on the screen and drag the squeegee across the silkscreen which pushes the ink through the open areas on the mesh of the screen The process of forcing ink through an image stencil Screen Printing 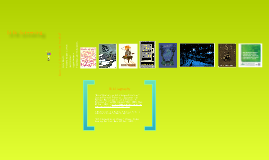 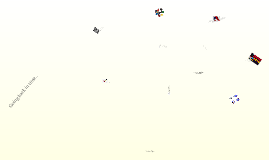 Transcript: Screen Printing The Printer's National Environmental Assistance Center says "Screen printing is arguably the most versatile of all printing processes.” Silk Screening was patented in 1907 by Samuel Simon of Manchester England. John Pilsworth of San Francisco then devoloped a multicolor process of silk screening called screen printing. After John Pilsworth developed the multicolor process, the young industry produced numerous flags and banners during World War I. The mass production of colorful screen-printed materials skyrocketed with the rise of advertising and retailers directed towards the American consumer. Going back in time.. Using materials other than silk for screen printing has a long history that begins with the ancient art of stenciling used by the Egyptians and Greeks as early as 2500 B.C. Nowa days.. It is popular both in fine arts and in commercial printing, commonly used to print images on posters, t-shirts, hats, CDs, DVDs, ceramics, glass, paper, metals, and wood. Sydney Hoffman 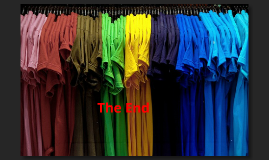 Transcript: The Process of Screen Printing Get some screen printing emulsion After your screen is coated in emulsion, let it dry for about 45 minutes laying it horizontally. Exposing Screen If you are burning the image from above (on the front) then the design must be reversed, and if burning from the bottom then the image must be the normal way you would want it to appear. Design on film A generous amout of ink is added to the screen and draged accross with lots of pressure This is what they look like! Quick Reminder! Spread emulsion on evenly using a scoop coater like this one Step 5 (You can find this at any art supply store) The burned screen is now put on a silk screen press with a shirt underneath. Pick a design! Get some silk screens (usually made out of nylon now) You can use all sorts of light sources to burn your screen, you can use the sun or a high watt light bulb, the key is the timing of how long you burn the screen. The End Step 3 Step 4 Exposed Sceen Step 1 Step 2 One of the best ways to get a consistent exposure strenth and time is to make or buy a light box. Artwork design on computer Step 6 Now just let the t-shirt dry on its own or run it through a conveyer dryer After the screen is burned the rest of the emulsion must be rinsed away great place for ideas