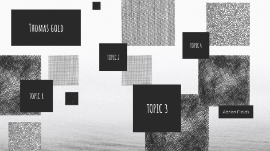 Transcript: Thomas gold Adrian Fields he was born on March 22nd, 1920 and he was born in Austria's capital city, Vienna. when he was born and where. when he died. birth and death date he died on June 22nd, 2004. His mom was Josefine Martin, his dad was Max Gold. early years family, middle years, job middle years He went to high school at Lyceum Alpinum Zuoz. He went to college at Trinity College and University Of Cambridge. In 1947, he got married to Merle and had three daughters. Linda, Lucy and Tanya. After he divorced her, he got married to Carvel and had one daughter, which was Lauren. He was an Astrophysicist, which means he learned about physical nature of stars and other celestial bodies. what field of science he was in. job what made him want to be an astrophysicist? He went to a boarding school in Zuoz, Switzerland, where he quickly proved to be a clever, competitive and physically and mentally aggressive individual. In college, he started studying mechanical science. After a year or so, he abandoned his study of mechanical science or physics. pictures He was famous, because his work crossed scientific and academic boundaries into astronomy, geophysics, aerospace engineering and biophysics. He got these awards, John Frederick Lewis Award, Humboldt Prize and the Gold Medal of the Royal Astronomical Society. why was he famous? why he got famous, pics and other info He contributed significant theories and conjectures on the structure of the Moon, on the effect of solar flares and storms on Earth’s atmosphere, and on the origin of the solar system and of life. some interesting info about his life: info He served as a consultant to the National Aeronautics and Space Administration and in the 1960s advised on the organization’s Apollo program. In the 1970s, he began concentrating on the world’s energy supply. He generated much criticism with his theory that oil and natural gas are continually being formed through geologic processes and are not, as is commonly believed, created by decaying natural matter. pictures “Thomas Gold.” Wikipedia, Wikimedia Foundation, 15 Nov. 2019, en.wikipedia.org/wiki/Thomas_Gold. citations citations: “Thomas Gold.” Wikipedia, Wikimedia Foundation, 15 Nov. 2019, en.wikipedia.org/wiki/Thomas_Gold. 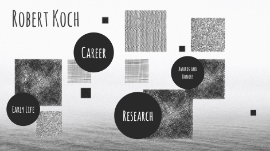 Transcript: Robert Koch Early Life Early Life Born in Germany 1843 Learned to read and write before entering school Attended the University of Gottingen-natural science Changed to medicine Research at the Physiological Institute Career Career After graduation, he worked as a surgeon in the Franco-Prussian War From 1880-85, he held a position as the government advisor with the Imperial Department of Health He developed the technique of growing bacteria Then went on to isolate and grow pathogens in pure laboratory culture Research Research Isolating pure bacrerial cultures Antrhax Tuberculosis Cholera Acquired Immunity Awards and Honors Awards and Honors 1905 Nobel Prize in Physiology and Medicine for his work with tuberculosis 1906 Order Pour le Merite 1908 Koch Medal- honor to the greatest living physician 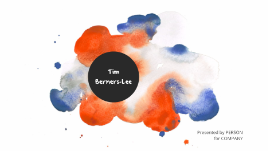 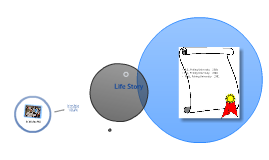 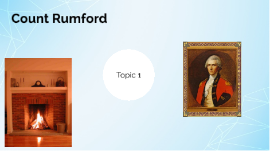 Transcript: Count Rumford Maker of the Rumford Fireplace Date of Birth and Death Count Rumford also known as Benjamin Thompson, was born on March 26, 1753 in Woburn, Massachusetts and passed away on August 21, 1814 in Paris, France. Topic 1 1 He was educated mainly at the village school, although he sometimes walked almost ten miles to Cambridge with to attend lectures by Professor John Winthrop of Harvard College. At the age of 13 he was apprenticed to John Appleton, a merchant of nearby Salem. Ben Thompson's Childhood and Education: Childhood and Education Thompson was most likely influenced by his mentor, John Appleton and in 1789, Rumford began conducting experiments concerning the nature of heat and began corresponding with Loammi Baldwin, a famous engineer, but later abandoned his studies and was caught up in the American Revolutionary war to fight for his country. What perked Rumford's interest? Topic 3 About the end of the 18th century, the theory of heat was known as the caloric theory, stating that heat was a fluid substance that flowed into bodies when they were heated and flowed out as they cooled. The success of this theory in explaining then known phenomena is used in many terms, such as "heat flow" and "calorie," still used by physicists today. During his earlier gunpowder studies, Rumford had observed certain anomalies which the caloric theory seemed to not work. Important Discoveries and other achievements Topic 4 He was knighted by King George III in 1784, and had a career of the Grand Chamberlain for some time but then he continued his studies and worked on developing newer fireplaces at the time. He also founded The Royal Institution of Great Britain. 1 Wikipedia: https://en.wikipedia.org/wiki/Benjamin_Thompson Britannica: https://www.britannica.com/biography/Sir-Benjamin-Thompson-Graf-von-Rumford Yourdictionary: http://biography.yourdictionary.com/count-rumford {Citations} Citations 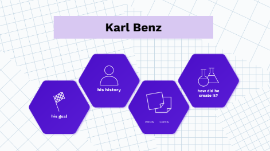 Transcript: Karl Benz PROS CONS his goal what was Karl Benz goal built the world's first practical car to be powered by an internal-combustion engine. his history Founded: Mercedes-Benz Born: November 25 1844 Profession: Engineer Inventions: Car died:age 84/1844-1929 Nationality: German Karl Benz the cars price The cars first price was price was: 1,000 The original cost of the vehicle in 1885 PROS CONS they can take things to places faster and easy they get faster to places your the only one with a car so is easy NO TRAFIC!!! people exersise less and get fat more accidents not most of the people had car so there was more chanses of crashing what did he do? what did he do? Benz was free to start building a horseless, gas-powered carriage/car. the car thecar was powerd by gas 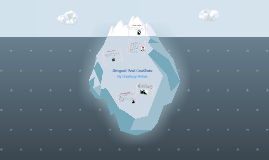 Transcript: Jacques-Yves Cousteau Professional life My scientist's name is Jacques-Yves Cousteau was an oceanographer, author, motion picture and television producer He invented the aqualung I wanted to learn what an oceanographar does Resources Introduction My engineer became interested to engineering because he wanted to make something that would allow you to breath underwater longer and go down further Main design was aqualung Hypothesis of the design was to be able to breath underwater 2 key terms I learned were aqualung and apparatus Other inventions Cousteau made was the first underwater diving station and diving saucer Impact of Scientific Discoveries 1. Olmstead, Kathleen. Jacques Cousteau New York: Sterling Publishing Co., Inc., 2008. 2. http://www.nndb.com/people/250/000085992/http://www.nndb.com/people/250/000085992/http://www.nndb.com/people/250/000085992/ 3. Jacobs, Dale. World Book’s Biographical Encyclopedia of Scientists. Chicago: World Books Inc., 2005. 4. http://wiki.answers.com/Q/What_big_events_happened_from_1900s_to_1950s 5. http://www.cousteau.org/ By Chesney Braun Cousteau's aqualung was recognized while he was alive because he encouraged the French navy to use it and it soon became popular Without Cousteau's aqualung people would not have been able to breath underwater Personal Life He was born in Saint-Andre-de-Cubzac, France Born on June 11, 1910 His parents were Daniel and Elizabeth Cousteau Lived during the Great Depression His main contribution to the engineering field was his aqualung, it allowed people to breath under water and descend deeper During the test faze there was a problem with the air flow Had to redesign He worked in seawater to conduct the experiment The tools he use were the aqualung, air tank, and valve, he also wore those to conduct the experiment Went to Naval aviation school had behavior problems liked to swim at age 11 he built a model crane had a wife named Simone Melchior Cousteau and had two boys When his wife died of cancer he got a new wife named Francine Triplet Cousteau, they had one girl and one boy Jacques-Yves Cousteau is know for his aqualung invented the aqualung, underwater diving station, and diving saucer My engineer impacted change though time because he made it able so people can breath underwater Weblink http://www.nndb.com/people/250/000085992/ Conclusion 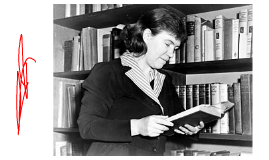 Transcript: My Scientists name is Margaret Mead. She was an anthropologist, which is a scientist who studies human skeletal remains The reason why I am writing about her is because I wanted to learn more about her and learn more about anthropology Margaret was born on December 16 1901. Her parents are Emily Fogg Mead and Edward Sherwood Mead. She was married 3 times to Luther Cressman, Reo Fortune, and Gregory Bateson. Even though doctors repeatedly told Margaret she could not have kids, she gave birth to Mary Catherine Bateson during her third marriage with Gregory Bateson on December 8 1938. Margaret had gone to High School for almost 6 years. When she finished, she went to Barnard College and then transfered to Columbia University. When she was in Columbia University, she became interested in anthropology. She received her Ph,D in 1928. SHe became the most famous anthropologist in the world. In 1925, she set to American Samoa, and in 1929 she went, accompanied by her second husband, Reo Fortune, to Manus Island in New Guinea, where she studied the play and imaginations of younger children and the way they were shaped by adult society. As an anthropologist, Margaret had been trained to think in terms of the interconnection of all aspects of human life. The production of food cannot be separated from ritual and belief, and politics cannot be separated from childrearing or art. This holistic understanding of human adaptation allowed Margaret to speak out on a very wide range of issues. She affirmed the possibility of learning from other groups, above all by applying the knowledge she brought back from the field to issues of modern life. Margaret did not do any experiments, but she observed many things. If people didn't know Margaret, they wouldn't know what amazing things she did. Thank you for listening!! Margaret had set out to American Samoa with her second husband, Reo Fortune, to do some field work. She had gone to New Guinea