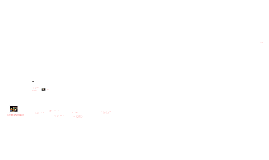 Transcript: SATURN THE PLANET THE ROMANS NAMED SATURN AFTER A ROMAN GOD SATURN HAS MANY STORMS TOO It is now known that the gravitation influence of Saturns moon Mimas is responsible cassini division which is three thousand miles wide. Saturns largest satellite, Titan, is bigger than the planet Murcury. Saturn is also known as the ringed planet SATURN'S RING'S ARE MADE OF SPACE DUST AND UNMOMENTOMOUSE METEORS this is a picture of saturn In 1675, an Italian Stargazer discovered that there were divided A and B rings. Saturns ring system is the most estensive and complex in the solar system, extending hundreds of thousands of kilometers from the planet. Saturn has 52 known natural satellites. Like Jupiter, Saturn is made up of hydrogen and helium. NASA also discovered that there were braided ringlets and spokes around Saturn. Hubble Space telescope images show that Saturns polar regions have a similarity to Earths polar regions THE END To Galileo's surprize , there where a pair of objects on both sides of the planet 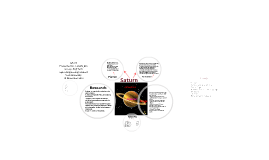 Transcript: Saturn Presented by : Vidushi Jain Group : Eng Tech Space Engineering Student York University 15 November 2012 Formation Formation of Saturn has been explained by a the accretion theory of the planets. The planet formation theory explains that the planets begin with collection of molecules, that clumped together. Gravitation forces caused the matter to come together and form planetestimals, which later collided to form planets. One of the 6th planets formed were Saturn. Rings Saturn is one of the few planets that has distinct rings, as they are visible from far away. the rings were first observed by Galelio who observed saturn as three planets. Later when the rings vansihed he stated that Saturn had eaten his childrens. Cycle occurs every 14.5 years. 90 to 95 % water and ice. Formed because of deformation of saturn's large moon's. Very thin, stars visible. Rings have rocks, that orbit the planet. Atmosphere The atmosphere of Saturn is comprised of 75% hydrogen and 25% helium with traces of other substances such as water, ice and methane. The upper atmosphere has contains quantities of nitrogen and oxygen. These atoms mix together to form complex molecules that we have on Earth that can be identified as smog. Saturn has visibly faded pale orange cloud bands due to sulfur. Saturn has some of the fastest winds in the Solar System. Winds traveled as fast as 1800km/hour near the planet’s equator. Large white storms form in within the bands that circle the planet. These storms last a few months and then are reabsorbed into the atmosphere. The part of Saturn that is visible are clouds made of ammonia. Saturn's temperature chages hot to cold on either sides of the equator every half year. Titan Titan is Saturn' s largest moon. It's atmosphere is composed of 98% nitrogen, 2% methane and other gases. Titan is invisible under this "smog." It is really cold near its pole, and it has lakes of liquid methane. Its the most distant object humans have landed a spacecraft on. Titan has lithosphere of ices. Under its lithosphere there is a "sea"of water. The reason, behind the disappearing of hydrogen has been stated life. Saturn has 56 moons. Enceladus Enceladus is the only Saturn moon, where geysers of liquid water, similar to Earth have been found. Interior Made up of hydrogen and helium. Rocky core, composed of silicates. Liquid hydrogen on the outside, as oppose to metallic hydrogen on the inside. Research Poineer 11 was the first mission to be sent to Saturn. It explored magnetic field, atmosphere, and moons. Voyager 1 and 2 explored Saturn's winds and atmosphere compostion in great detail. The next mission was Cassini–Huygens space probe, which got pictures of lakes and mountains. It sent radar images of the planet. It took 74 orbits of the planet. Saturn Moons 6th planet from the Sun. 2nd largest planet of the solar system. Name has a greek origin. Means father of gods. One day :10.6 Earth hours One year: 29.4 Earth days Summary 6th planet Formed because of accretion Distinct rings Atmosphere of helium and hydrogen 56 moons Iron core Various research missions Planet Overview Planet Formation Rings Atmosphere Moons Interior Research Summary Conclusion 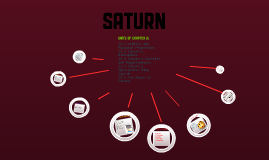 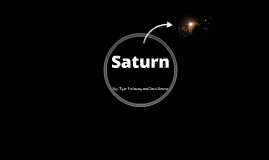 Transcript: The Evolution of Saturn •The angle and illumination can change depending on Saturn’s positioning with the earth and sun. •The rings are vertical because the north or south pole usually faces the sun •The rings can be anywhere from ten meters to thousands of meters thick •The rings can be either solid, liquid, or gas •Mostly made up of small particles all orbiting around Saturn •Mostly made up of ice •Usually lie along the planets equatorial plane Overview By: Tyler Holloway and Zach Simons Saturn was formed from a solar nebula 4.6 billion years ago when all the other planets in our solar system formed. Saturn’s solar nebula started as a huge cloud of gas and dust, which was disturbed. The cloud got compressed down into a proto-star surrounded by a flat metal disk. A proto-star is an early stage in a stars life before nucleosynthesis. The inner part of the metal disk turned into terrestrial planets but the outside of the ring turned into planetesimals, which crashed into each other and turned into the outer planets we know today. We think that a moon about 300 km in diameter was torn apart and turned into Saturn’s rings. ·Saturn has atmospheric wind patterns ·Computer-enhanced images show bands of storm systems ·These storms are caused by the rapid rotation ·There is a white spot caused by ice crystallization and this has many of the same weather patterns as Jupiter’s Great Red Spot. ·The lightning on Saturn is millions of times stronger than on Earth. Weather http://clccharter.org/kurt1/Galaxy%20Project/Saturncreation.html Chaisson, Eric, and Steve Mcmillan. Astronomy Today. San Francisco, California: Jim Smith, 2008. Print. Bibliography Compositon of Saturn The Roche Limit Interesting Facts! •Saturn is the second largest planet of the solar system in mass and size • It is the sixth planet in distance from the Sun • In the night sky Saturn is easily visible to the unaided eye as a non-twinkling point of light • When viewed through even a small telescope, the planet, encircled by its magnificent rings, is arguably the most gorgeous object in the solar system • Saturn is the second in apparent brightness behind Jupiter •Saturn has many moons •Saturn is 95 times the mass of earth •Saturn is less dense than water Titan is the most famous out of all the moons One of the only moons with an atmosphere Atmosphere is thicker and more dense than Earth’s Larger than mercury, and half the size of earth Big enough to be its own planet, but it can’t because it’s in orbit of Saturn Saturn's Rings 1.Saturn is the least dense planet in the Solar System 2.Saturn is a flattened ball 3.The first astronomers thought the rings were moons 4.Saturn has only been visited 4 times by spacecraft 5.Saturn has 60 moons 6.How long is a day on Saturn is a mystery 7.Saturn’s rings could be old, or they could be young 8.Sometimes the rings disappear 9.You can see Saturn with your own eye 10.There could be life near Saturn Saturn The Universe. History Channel, 2007. Film. •Mostly hydrogen, helium, methane, and Ammonia •Has a lot of the same properties as Jupiter •Helium started as the atmosphere of Saturn then sunk in to its core overtime •Lacks a solid surface •Has very weak gravity •The clouds are thick, so from Earth we rarely see multiple colors even though there are many colors throughout the layers. http://arxiv.org/abs/0912.3017 Titan 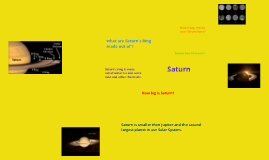 Transcript: Saturn How big is Saturn? Saturn is smaller then Jupiter and the second largest planet in our Solar System. what are Saturn's Ring made out of ? Saturn's ring is made out of water ice and some dust and other chemicals . How many moons does Saturn have? Saturn has 53 moon's 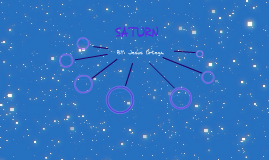 Transcript: BY: Jesus Ortega. whats it made of about saturn ;) how long have we known about this planet? SATURN satrns rings is there life on that planet 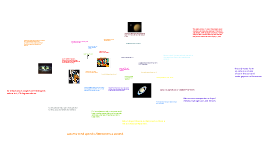 Transcript: Saturn got its name from the God of Agriculture. It was discovered in 1610, by galileo through his telescope. It is the 6th planet from the sun! Saturn is 9.529 AU and 1.426*10^9 km from the sun Saturn is 8.5 AU and 1,271,583,000 Km from the Earth Saturns mass is 5.688 e+26 Its volume is 8.2713*10^14 km^3 Saturns equatorial Circumference is 378675 km Its mean density is 0.69 (gm/cm^3) Saturns gravity is 1.07 and earths is 1. If an 100 lb person went to Saturn they would weigh 104.5 lbs on Saturn. One orbit of saturn around the sun takes 10,755.7 earth days. saturns perihelion is 1.34982*10^9km saturns aphelion is 1.50351*10^9 km Then length of one of saturns days is 10 hours and 39mins long. Saturn is called the gas gaint because the exterior is mainly gas. The poles of saturn are visibly flattened. Saturn also has many rings. Saturn has billions of rings. they are split up into 5major components the G, F, A, B, and C rings listed from outside to inside. Saturn has 53 ofical moons and 9 provisional moons. The most well-known moon of saturn is Titan. Its atmospheres major gas is hydrogen and its minor gases are helium and methane. Saturn doesnt have a surface crust so there is not a surface composition. Saturns core composition is liquid metalic, hydrogen,ice, and helium. Saturns winds flow easterly and westerly at the same time. Saturn also experiences aurorus. saturns wind speed is 500 meters a second. The only water form on saturn is a trace of ice in the core and water geysers on the moons. The explorations of saturn have been solely done by robotic probes. pioneer ll flew by in september, 1979. Voyager l and ll also flew by early in 1980. Cassini orbiter preformed the SOI (saturn orbit insertion) on july 1, 2004. Its temperature ranges from 150 degrees celsuis to 1,170 degrees celsius. If someone tried to live on saturn they would freeze or suffocate because of the atmosphere or they would starve because there is no way to grow crops or have aniamls. Also for humans to live on Saturn you would need some type of enclosed atmosphere with oxygen and have ground and water. Saturns symbol is a sickle. Saturn For future human travel to saturn we would have to make a space ship to go fast enough and have some type of heating system to keep warm.