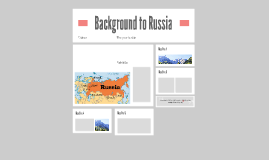 Transcript: Headline 3 Subtitle Headline 4 Video 1 The year is 1861 Background to Russia Headline 2 Headline 5 I conceive of Russia as a landed estate, of which the proprietor is the Tsar, the administrator the nobility, and the workers the peasantry. 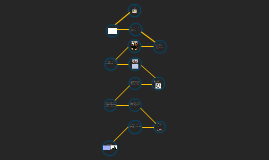 Transcript: Flag -The Cold War was half a century of tension between the US and the Soviet Union -It was called "The Cold War" because there was no physical conflict because of the fear of nuclear destruction -The war ended with the fall of the Soviet Union -After World War II The Soviet Union emerged as an acknowledged superpower in the world. -In 1949 the Soviet Union tested it's first nuclear weapon, starting the arms race. -In 1954 the Cold War, a struggle between Russia and the US for dominance began. -Russia is a federal semi-presidential republic, meaning it has a president and prime minister. -The President of Russia is a president named Vladmir Putin -The Prime Minister is Dmitry Medvedev -Russian is also not apart of the European Union The Cold War Russia By Michael Seamans -One of Russia's current conflicts is with the the country of Georgia -The tensions are still high, but in 2008 the conflict escalated into an all out war. The Five Day War aka The South Ossetia war -Russian bills are called rubles -The coinsare called kopecs. -There are 100 kopecs in 1 ruble -1 ruble is equivalent to 3 American cents Government History -Russian is a Slavic language. -It's the most widespread language in Europe and Asia. -Russian is an official languages of the United Nations. -Three quarters of the Russian population live in cities -There are 160 ethnic groups living in Russia -Russia has a current population of 141 million Any Questions? Georgia-Russia Conflict Population Currency Economic Activity -Some of Russia's largest economic activities is oil rigging and farming -Much of Russia's vast land is used for Forestry -Few areas aren't used in Russia for these. Language 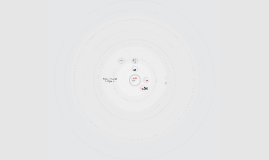 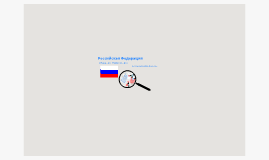