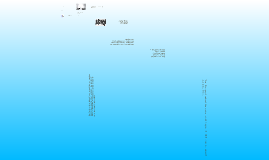 Transcript: The Royal Navy! Based in Esquimalt Home to the Royal Navy's Pacific Station It was the only Royal Navy base on West Coast HMS Constance, the first Royal Navy ship to dock at esquimalt. The Warships stationed there created the need for coal supplies This led the the the increase of coal mines on Vancouver Island The Royal Navy played a large role in the social life of Victoria The Officers were considered Gentlemen becuse they came form the priviledged class in England They were invited to every social event and party given by the Enlgish landowners The Sailers also helped Vicoria and the surrounding communities develop their economy. tge amount of Sailors stationed in Esquimalt created a need for more food and trade items. The Dockyard helped fix ships until August of 1945 when it served its last ship. 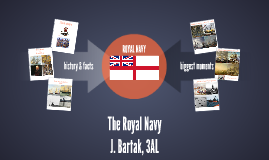 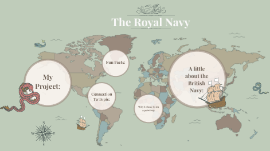 Transcript: The Royal Navy My Project: My Project: Connection To Topic: Connection To Topic: The Royal Navy was an important aspect to the Elizabethan Era. When Henry VII was king, he tried to avoid conflicts, however he was not well liked by his people because he enforced heavy taxes during his reign. When Henry VIII became king, he was more interested in making sure his Navy was strong, therefore The Royal Navy played a large part in the Elizabethan era and was essential in defending England from other countries. I decided to do a painting of the Royal Navy because I had read about the battle between the British Navy and the Spanish Armada before and the events that took place during that time period and it piqued my interest. So therefore I thought it fitting to do a painting and be able to further my research and knowledge. Why I chose to do a painting: Why I chose to do a painting: A little about the British Navy: A little about the British Navy: The British Navy was first established in the 800's. However, it wasn't until the early 1500's that it really started to grow. King Henry the VIII began expanding the army & in 1588 the army destroyed the Spanish Armada, a fleet of warships trying to invade England. In 1660, The British Navy officially became known as the Royal Navy. Fun Facts: Fun Facts: England didn't need a land based army because they are entirely surrounded by water and thus only needed a navy to defend themselves. In the past, armies were created when needed, however the Royal Navy was the first army to become a permanent one (In 1664) 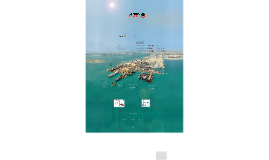 Transcript: Thats what i wanna fly! Thats Hms Daring a type 45 destroyer these are the most up to date destroyers around i forgot to say that helicopter is called a merlin Most importantly thats the royal navys flag! For more information visit www.royalnavy.mod.uk but if your in school restricitions are gunna stop you... sorry as you can see the navy do alot of things, its not just sailing... theres loads of flying involved as well, along with lots of aid work and of course backing the troops on the ground It's a job for life! but you'll make friends which will stay with you for life and enjoy a lifestyle like you wouldnt experience in any other job! The Royal Navy 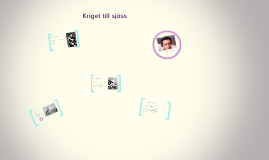 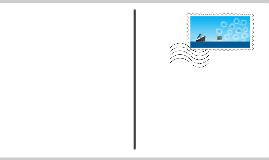 Transcript: Midshipman Sub-Lieutenant Lieutenant Lieutenant Commander Commander Captain Commodore Rear Admiral Admiral Phase 2 Ranks •Working as Part of a Team •Working with Cutting Edge Technology •A Sense of Adventure •Responsibility and Decision Making The mile and half- MALE: 11 mins 9 seconds. FEMALE: 13 mins 10 seconds. 1. Find the Job role for you. 2. Check your eligibility. 3. Fill out your application online. 4. Complete Royal Navy Recruitment Test (RT). 5. Review the results with you and chat through the most suitable jobs. 6. Take the medical tests and the Royal Navy pre-joining fitness test. 7. Pass our Pre-Royal Navy Course. 8. Once you’ve passed all the tests, you will then have a formal job offer. 9. Join the Royal Navy. designed by Péter Puklus for Prezi Once you’ve got the essential skills and fitness, you begin the journey of becoming a Royal Navy specialist in the job you’ve chosen – a combination of being at sea and in the classroom. To join at 16-24 you will need to complete a series of tests. Phase 1 Why warfare specialist? During your 10 weeks at HMS Raleigh you’ll join a class of about 30 people from all over the world and the UK to learn all the vital skills needed to thrive in your new career. From basic ones like self discipline, teamwork and problem solving, to first aid, firefighting and handling an SA80 assault rifle. The Royal Navy training regime will increasingly test your ability to climb ropes and complete assault courses and weekend treks across Dartmoor. But it’s not all about strength and physical skill. You’ll have to prove yourself in the classroom too. Founded in 1660 Henry VIII and Alfred the Great. Known as the "Senior Service" Laregest and strongest in the period of 18th century until World War II Made up of several services: Royal Navy, Royal Marines, Royal Fleet Auxiliary, Fleet Air Arm and reserve forces. In 2011 the Naval Service had 57, 000 people: part-time reserve sailors, airmen and marines. 98 ships: aircraft carriers, submarines, minesweepers and patrol vessels, Royal Fleet Auxiliary. "Her Majesty's Ship" (HMS) "Royal Fleet Auxiliaries" owned by the Queen. Sit ups- MALE: 39 FEMALE: 29 Warfare Specialist A lot of job choices.... Detecting threats to your ship Identifying targets Making crucial tactical decisions You do not need any formal quaifications Age restrictions are 16-36 Vital job Involving some of the world’s most advanced electronic systems l be using radar and other equipment to see what’s happening on the sea and in the air, then passing the information to the Warfare Officers on your own and other ships. As an expert in weapon safety, you’ll also help to make sure both the ship and your crewmates are safe, when in and out of action. You will need commitment, enthusiasm and common sense in this job. Typical starting salaries for ratings begin at £14,637. Whereas newly qualified officers can earn a salary of £25,472. The perks of being in the Royal Navy go far beyond pay. You’ll get first class and free medical and dental care, six weeks paid holiday, help with housing and education – as well as a fantastic pension that beats nearly anything a civilian employer could offer you. Joining Process Looking through job choices within the Royal Navy with my grandfather, who was a chief petty officer in the fleet air arm, we came across this job. As he was explaining the job I became really interested and knew that is what i wanted to do in the navy. So I then applied and currtly in the process of joining. Press ups- MALE: 27 FEMALE: 17 Pay and Benifits Jobs in the Royal Navy Shuttle runs 5x55m- MALE: 59 seconds FEMALE: 72 seconds Fitness Requirements Skills and interests As you progress in your role and move up the ranks you could earn anything from £16,073 up to £94,362 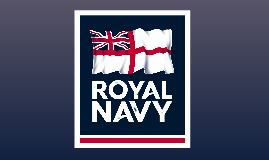