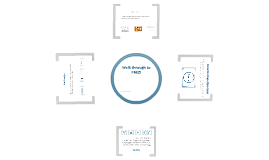 Transcript: PowerPoint File Walk through to PREZI For example you could use "The journey" template. You can use it for when your heading to a conclusion. Or you could use the "Zoom template when you have more than subject. Like Experts File When you are common to PREZI you can explore, watch videos, like and comment on videos you like. YouTube If you are a beginner start with a template its easier than starting out blank. Beginners Or you can use the " Brainstorming" template when you have more than 1 idea. By: Roman Cisneros Drawing and Diagrams Intermediate/Medium If you are getting better then you can start with a blank document and put 1 or more slide. When you are an expert you can use the blank template and you can add YouTube videos, drawings and diagrams, images and power point files. Images The "Blank" Template. Explore Comment And Finally... 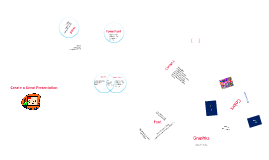 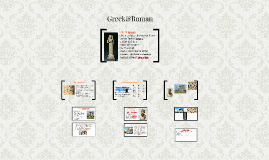 Transcript: Formal Latin literature began in 240 BC The adaptor was Livius Andronicus, a Greek who had been brought to Rome as a prisoner of war in 272 BC. The first Latin poet to write on a Roman theme was Gnaeus Naevius eventually more poets followed up Plautus made 20 complete latin comedies Greek&Roman Phoenician alphabet was adopted for Greek during the early 8th century BC The Greeks were the first Europeans to learn to write with an alphabet this was common feature of private homes and public buildings across the empire from Africa to Antioch. revealed much about Roman activities like gladiator contests, sports, and agriculture made with small black, white and coloured squares measuring between 0.5 and 1.5 cm Roman Mosaics built in 174 BCE completed by Roman emperor Hadrian in 131 CE. largest ever built temple in the ancient world. Located south-east of Athens’ acropolis near the River Ilissos Relief sculpture Blibiography this is a statue of a women known as the "lady of auxerre" c.650- 625 b.c.e made of limestone its 75 cm high it was reconstructed at the museum of classic archeology located at the at cambridge Lady Of Auxerre Aqueducts Innovation Temple of olympian zeus https://smarthistory.org/lady-of-auxerre/ http://wwwg.uni-klu.ac.at/archeo/chrono/empire.htm http://www.ancient.eu/article/815/ Phoenician alphabet Latin literature Romans enjoy many facilities like public toilets, underground sewage systems, fountains and ornate public baths all of these started by the roman aqueduct which used gravity to transport water or liquids Roman aqueducts were so well built that some are still in use to this day. For example the Trevi Fountain. Rome became a great empire who composed diverse cultures in consequence they applied the relief technique in their conquered territories These are Roman historical accounts made in stone, containing significant information. 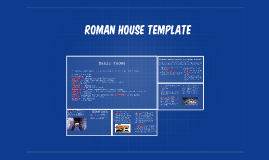 Transcript: Cubicula were usually used for bedrooms, but you might find them used as a library meeting room office etc These bedrooms would sometimes have fantastic and detailed wall paintings, so that the room appeared bigger. But, usually only had a bed and a wooden chest in them. Basic rooms Sources Roman houses were made symmetrically, when you look at a floor plan of a house you can for the most part, or fully split the house right down the middle. Most houses also had the same basic amenities based on social class of the owner. Atrium - the atrium Peristylium - garden Vestibulum - passage from main door to road Fauces - corridor from main door to atrium Impluvium- shallow pool in atrium to catch rain water Ala - side room Triclinium - dining room Tablinum - large reception room Exhedra/Oecus - large communal dining room or lounge Taberna - usually shops that were connected to the house, rented to vendors Cubiculum - bedroom Andron - passageway from the atrium to the peristylium, or the garden Posticum - the servants entrance Bathroom - the bathroom Cucina - the kitchen Venus on the half-shell The exedra, or the garden room was a large room sometimes located in the back of the house which served as a gathering place for formal meetings and parties. This room often had wall paintings that continued the garden theme and had lavish mosaic floors. Benches or seats were common in this room. details of an upper class house In the Kitchen, one would obviously find kitchen things such as pans for cooking (coquula) an oven (fornacula) dishes and trays (furcula) cups used for drinking (pocula) Roman kitchens were usually poorly ventilated and small, and if you had slaves they would cook for you. Which is why is didn't matter if it was dark and smokey. The Peristylium was the Roman equivalent of a front yard or garden, but inside the house. The Peristylium is an open courtyard located inside the house which had a shaded area supported by pillars around it's outside, this shaded area was often covered in fancy wall paintings such as the "Venus on the half-shell" located in Pompeii. The Atrium was the location of various commonplace items in upper class roman houses, such as the compluvium, a hole in the roof used to let sunlight in and poor rainwater into the impluvium, which was a shallow pool in the middle of the room that collected the rainwater. Walls of the atrium were usually decorated with wall paintings which varied in complexity, or colored panels to add to the appearance of the room. The atrium also acted as an entrance to bedrooms, offices, and various other rooms. The vestibulum, or the entrance hall,was quite plain relative to the rest of the roman house, it is literally just an entrance hall to the atrium. Some doorways were adorned with wall paintings and portrayed greetings or warnings. Roman house template The triclinium was at dining room that housed 3 couches for people to lay on while dining. The diners would lay on their backs, 3 to a couch and slaves would feed them multi-course meals. These rooms also had beautifully painted walls. Tabernae located on the sides of the main door Common occurrences in roman houses The Tablinum, which was located right behind the atrium, was often used as a study or office. This room housed family records and if a family had famous ancestors, this is where they would show busts or statues of them. These rooms also had nice mosaics or wall paintings along with mosaic floors. Tabernae were a room in the front of the house that wasn't necessarily tied to the house, but was rented to merchants, dealers, etc. for a place of sale. This was common among all social groups in Rome, these rooms had separate doors than the rest of the house that opened to the street. An ancient roman house usually consisted of 10 to 15 different rooms McManus, Barbara. "Roman House." Roman House. 1 Feb. 2007. Web. 4 Sept. 2014. "The Roman House." The Roman House. 10 July 2007. Web. 4 Sept. 2014. 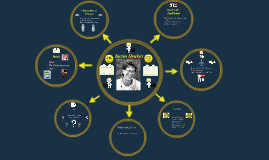 Transcript: He liked panting and coloring. Kevin Henkes Early Life/Childhood He went to New York City and branges pantings. After college he married Laura. Kevin Henkes won 2 awards and thay wer 1994 Boston Globe Honer book ,1994 caldecott Honer book owen. Interesting Facts Kevin Henkes Based his books on kids problems. He was born on Nov. 26,1969. Kevin Henkes had 3 brothers and 1 sister. You can usually find him painting or coloring. Characters & Themes Shhh. The Birthday room. Owen. ???? It would be cool if i can see your house. Books Awards 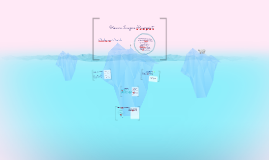 Transcript: in 29 b.c jesus was crucified Dashawnna Daniels The brothers were abandoned as babies and raised by she-wolves, in rememberence of thus, the built Rome on the midpoint of the medi. sea near Italy odd comparison but these two have alot in common Jesus was born in 6 b.c in the herodian kingdom *both for the peoples interest *created jobs for the poor *hated for considering their peoples feelings *great war strategist in tough preasuring times Rome finally ended in 476 a.d. *Elects officials that dictate laws *Elects judges or justices that handles civil and criminal cases *Basic laws are discussed at table and in basic rule book *The people have a say so in who is elected JESUS it is said a proven that he miraculously performed miracles on others and spread the word of god to the roman people Julius Ceasar and Obama Fact: In 451 b.c , Roman officials wrote down Rome's laws on the twelve tables that was displayed to all citizens. roman officials crucified christ because his word was thought to be blasphemous to the roman "gods" of that time. even after his death, christianity still sprang into millions of people lives and they lived by the word of god. Rome Founded in 753 b.c by twin brothers Romulos & Remus Roman Empire Powerpoint Accepting That L Comparing Societies Agreeably, we can all say Rome has been kicked down multiple times. Thats apart of becoming something big though right?