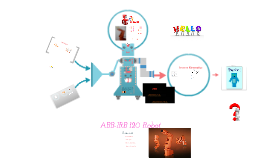 Transcript: Introduction Usage of robot DH Parameters ABB-IRB 120 Robot IRB 120 is an industrial robot with 6 DOF , it moves quickly and easily, it has lightweight arm and controller. This arm robot weigh only 25 kg, It designed from aluminum structure; it has compact powerful motors to enables the robot with a fast acceleration, and makes it more accurate in any application. Matlab Work space Structure: Inverse Kinematics 1. Introduction 2.Work space 3.Direct kinematics 4.Inverse kinematics Transformation Matrix It an industrial robot used in industries including the electronic, pharmaceutical, medical, machinery, solar, food and research sectors 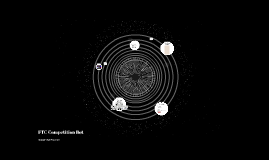 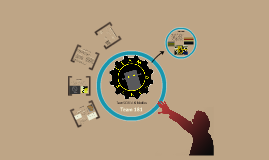 Transcript: Company Demographics, Budget & Operations Everybody was involved and came up with their own strategy for the competition, then we selected the one with the easiest degree of difficulty while still maintaining a high number of points scored. We picked the design of our robot based on the strategy we picked. In our strategy we decided to knock the tie breaker ball off the pedestal and then swap the clear and green bottles, then come back down the pole for the bonus. We had to make the robot fit within the 24x24 box, so instead of making it square, we turned it 45 degrees and used the hypotenuse as our widest point. We used Autodesk Inventor several times through out our design process especially to design our carriage and frame. We used a large variety of Microsoft office programs through out this project. we specifically used word,excel, and powerpoint We used several cameras and editing software such as Windows movie maker and flip share. Our general design of the robot was based almost entirely on our plan of what items we wanted to manipulate in the given amount of time. The end result is the simplest design of the robot we could come up with, all parts of it have a certain task and are only there to accomplish the task. Use of Technology Finance Field Construction Goals Mark Luis Dakota Russians, Caucasians, Hispanics, Gingers, Athletes, Nerds, Theater Techies, All High School Grades Garrett Tyler Mission Statement Ethnic Groups claw design Marketing Strategies We did not require a budget, most materials needed were donated or given through BEST. Programming Autodesk Inventor Teams About The Robot Zach Spencer Nick Derrick Team S.C.R.E.A.M. Robotics Design Alternatives Multimedia Management Keegan Cameron Keegan Spencer Tyler Zach Alex Budget To promote engineering and team work To plan, design, test, and build a successful robot. We designed the claw so that it would be able to hold and manipulate both soda bottles at the same time. W decided on a design that had two sets of pincers on the arm. Henry Luis Dustyn Company Structure and Operations Design & Manufacturing Process Robot Construction Our mission is to inspire the students of Sedalia to become interested in science, technology, engineering and mathematics (STEM) by engaging in robotics competitions. Students who participate will develop skills in engineering design, teamwork, communication and leadership. Inventor Brainstorming Approaches Chase Spencer restraints Video Software Microsoft Office Team 181 Presentation We designed and build a t-shirt cannon last spring, which we have used at: assemblies, high school athletic events, company picnics, and company celebrations. Our t-shirt cannon has also appeared in the local newspaper, on twitter, Facebook, and even YouTube. Public Efforts 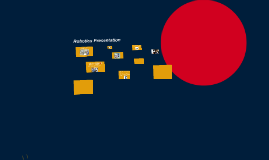 Transcript: What sensors does the robot have and how does the robot use these sensors? We can make the medical robot better improving it. It will do more things than it already does. It will be faster and cheaper to make. Emanuel Moseby Is the robotic end effector multi-functional? If so, what other tasks can it perform? Joshua G. The robot will create jobs. An engineer will have to build it. Someone will have to test drive it, and repair it. Predict how this robot may be changed in the future The robot can do lots of things. Depending on what the medical robot is doing, it can do lots of functions. The robot is used in a hospital, and has 5 degrees of freedom. Medical robots have some sensors for visual, textual, and mobility capabilities. Robotics Presentation Joshua G. Advantages: 1. Robots do things people can't. 2. Robots do the things faster Disdvantages: 1. The robot's battery run out. Where is the robot used? What is its work envelope (how many degrees of freedom or flexible joints does it have)? By Emanuel Moseby By Sebastian V Robots are taught to perforrm a task by programming. By Sebastian V What type of jobs/careers can this robot create to provide employment for people? Sebastion V. 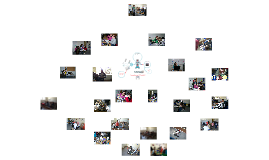 Transcript: FIRST Tech Challenge is a student-centered activity that is mentor supported and is about giving students a unique and stimulating experience. We want students to learn the value of teamwork and to respect everyone’s ideas and contributions to the team. FIRST Tech Challenge allows high school students to work hand-in-hand with technical professionals to develop a solution to the annual challenge. The students do a majority of the work, but the mentor is there to offer guidance, suggestions, and coaching to keep the students on task and successful. FIRST values are about appreciating our differences and learning what those differences add to our lives. FIRST programs succeed most fully when team members bring the FIRST values they learn back to their communities. Teams Awards: Members: Anna Kayla Shelby Y. Jesus Jose Dylan Bailea Shelbie W. Each team has a engineering notebook that they have to design and put pictures, dates, the building materials, "About Me's" for each member of the team, judge's tip, and documentation of our robots design. There are many Scholarships offered through FTC. Presented by teams 5547 and 4887 THIS IS WHERE WE WANT TO BE! WORLD St. Louis, MO April 24-27, 2013 Scholarships! The French Toast Mafia's Engineering Notebook One of the goals of FIRST and FTC is to recognize the engineering design process and “the journey” that a team makes during the phases of the problem solving, concept design, system-level design, detailed design, as well as testing their robots. Each team picked a team name that would show team spirit and help express themselves to win some of the many awards available from FTC. What is FTC? Robotics We are determined this year to get to World competiton. These are the awards that can help us get there. Awards that will take us to World! Engineering Notebook What is an Engineering Notebook? FTC: Our mission is to inspire young people to be science and technology leaders, by engaging them in exciting mentor-based programs that build science, engineering and technology skills, that inspire innovation, and that foster well-rounded life capabilities including self-confidence, communication, and leadership. FTC Mission Statement Owlbotics Statement Ninja Turtles The Ninja Turtle's Engineering Notebook This Years FTC Challenge French Toast Mafia Members: Yesi Sam Kathryn DJ Melissa Shawn Colten 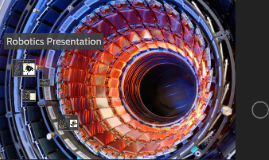 Transcript: The Escape robot has a built in micro processor which allows it to "think" independently and maneuver itself through and around obstacles such as mazes. It moves on six legs and comes with two differently designed sets of legs. The robot should take about 10 days to be delivered and about 1 day to assemble. I would estimate the total time spent on the robot to be approximately 11 days. Time Table The Elenco Escape Robot Kit works to find its way out of any maze. The Escape Robot uses three infrared emitting diodes and one infrared receiving module to send and receive signals and detect obstacles. The Elenco Escape Robot Kit Design Due to the low cost of this robot, I believe the school will have no problem getting a set of five (5). This high quantity purchase also results in a void of shipping prices. Designed with a clear top, The Escape Robot allows everyone to be able to see through the plastic. This will help in the teaching process by making it easier to identify each and every working piece http://www.robotshop.com/en/elenco-escape-robot-kit.html Special Features Budget Purpose Robotics Presentation Sources I think this robot will benefit the robotics program. It will teach the students not only how to build a more sophisticated robot, but it will also give a hand in teaching in detection diodes. We could test and race the robots through different mazes. 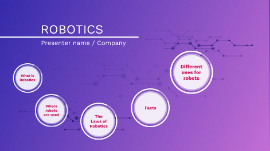 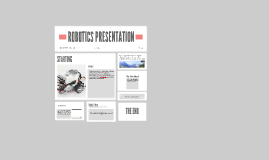 Transcript: Robotics is my life. I have done robotics for 4 years, and haven’t stopped continuing to believe in making the robot move. I'm interested in this because I love seeing the technologic robot move around and make noises. Robotics is pretty important to me, so it is important that I embrace it. I have been trusted to use the robot, and I like to see that I will always get to do that. I hope to do robotics at the middle school next year, as well. Also I hope to do it until High School, and get a college degree for it when I am older. I made a video about robotics. I took the videos and pictures by myself, and I made the robot move using programming. My Product Programs + Builds + Research = Successful Robotics! $1.25 2015 THE END Robotics Future STARTING WHY Making the robot be correctly made, whether it’s a program or a build, is important so the robot does the right thing. "I want Robotics as my career," Vol XCIII, No. 311 ROBOTICS PRESENTATION Robotics