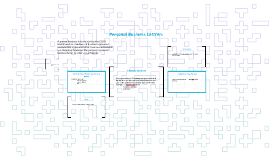 Transcript: Personal Business Lettters Inside Address:Where the letter is going: This is the current date, i.e. today's date. This is your address. You always put your address at the top left. You don't put your name, because that goes at the bottom. You put your address like this: Example : 21 Meadowvale Drive Toronto, Ontario M8Y 2N7 A person business letter is a letter that YOU, would send to a business. It is called a personal business it is a personal letter that you write/send to a company/business. The parts of a personal business letter in order are as follows: The salutation is your greeting. Dear Mr. Smith:, Dear Ms. Bey:. Complimentary Closing Salutation Is where you say, Sincerely, Yours ttruly, Truly yours,etc. Date 1.Return Address Signature line Example: Radio Shack 123 Young Street Toronto, Ontario M3E 4T6 This is where you put your name on the letter. 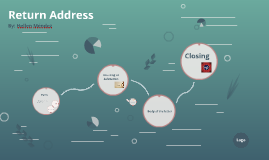 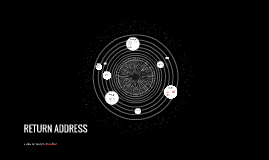 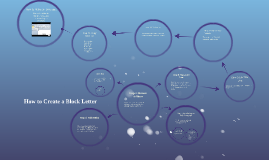 Transcript: This acts as your greeting to whom you're writing. It's always important to include a personal title, such as Mrs., Ms., Mr. This first body paragraph should be short and sweet, while addressing the reader. Step 11: Enclosure Step 9: Job Title Line Step 1: Return Address This is used in case the receiver of the letter needs to send it back to the originator with some reply. Step 3: Inside Address This last body paragraph should include contact information in case the receiver needs to get back in touch. Be sure to be appreciative and say thank you in closing. Step 8: Signature Line This is made in case the writer would like to add their signature to their letter. Make sure to leave space for your signature, if wanted. Step 12: Copy Notation Step 10: Reference Initials Step 7: Closing Body Paragraph How to Make an Envelope This is important because this is information needed to help send your letter where it needs to go. This step is needed in order to complete the header of your letter. It also tells your reader when the letter was sent. This line describes the job you currently have to the reader. This is the body paragraph telling the reader why you are writing to them. How to Create a Block Letter This line lets the reader know that additional information is included. Watch this video for tips and for a guide into creating an envelope. Step 6: Reasoning Body Paragraph Step 2: Date This last step in your letter is used just for letting the receiver know where else you sent this letter. Step 4: Salutation Step 5: Introduction to Body Paragraph These are just for your first and last initials.