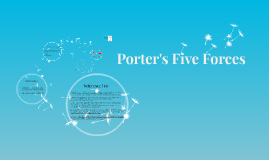 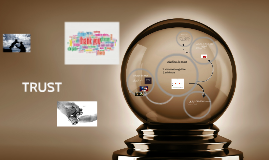 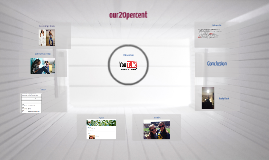 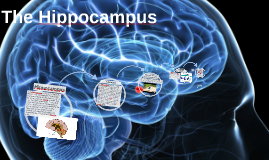 Transcript: Alzheimer's Disease Example of short term memory loss The Hippocampus is in control of our ability to recollect long term memories and things that have happened in our past. It plays a major role in remembering major events or facts that have happened in the past and that we want to remember and share with people. However, this part of the brain is NOT associated with short term memory; those who have lost the ability to function the limbic system will only have long term memory, and may suffer from short term memory loss. Meaning that you will not be able to record any new activities or functions (Mandal, 2014). The Hippocampus The Hippocampus is most severely damaged in this specific case (Dhikav, 2012). It destroys brain cells and is an irreversible disease that has a permanent impact on people and how they live their lives. It creates a kind of memory loss and we begin to experience the loss of new memories, we only remember the old memories and new ones cannot be created (Hughes, 2015). The Hippocampus is the part of the brain that controls and regulates the emotions of a human being. It is located in a part of the brain called the "Limbic system". It is near the center of the brain. It is located within the brain's medial temporal lobe, and is a very small organ compared to the others. This part of the brain is fully developed at ages 24/25 for both genders, and begins its development around the age of 7 years old. (Mandal, 2014). This video clip from finding dory shows how short term memory loss works; baby dory forgets what she's supposed to be doing and wants to go off and do something else, and forgets what she was just doing with her parents right by her side. Memory loss, employment problems, confusion, trouble communicating/speaking, judgement issues and many more are just some of the issues people with Alzheimers disease go through on a daily basis. Hippocampus Functions Dhikav, V. (2012). Hippocampus in health and disease. NCBI. Retrieved from https://www.ncbi.nlm.nih.gov/pmc/articles/PMC3548359/ Hughes, J. (2015). 10 Signs of Alzheimer’s. RMhealthy. Retrieved from http://rmhealthy.com/10-signs-alzheimers/8/ Mandal, A. (2015). Hippocampus Functions. News Medical Life Sciences. Retrieved from http://www.news-medical.net/health/Hippocampus-Functions.aspx Mayo Clinic Staff. (2015). Alzheimer’s disease. Mayo Clinic. Retrieved from http://www.mayoclinic.org/diseases-conditions/alzheimers-disease/diagnosis-treatment/treatment/txc-20167132 Alzheimer's is a permanent disease, but there are plenty of ways to keep the brain exercised WITHOUT any medication; good nutrition, exercise, creating a safe environment, somewhere comfortable for them to live, and lots of vitamin E (Mayo Clinic Staff, 2015). There is a medicated option as well. Cholinesterase inhibitors which work by boosting cell levels and improves the ability to communicate, and Memantine which also helps with the progression of symptoms so they don't become or stay as severe (Mayo Clinic Staff, 2015). Symptoms References Available Treatment 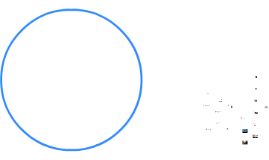 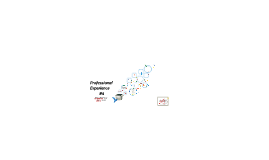 Transcript: Jennavene Way Unisa 2019 “John” Background DETAILS INCLUDING DIAGNOSIS AND BARRIERS A lot of absences on day map (mostly unexplained, a couple family matters) Intellectual Disability ADHD Literal and uncomplicated thinking Doesn’t like crowds (will take time to get to class as John waits for crowds to disappear) Trying to absorb information (too much is hard to process) Very literal and will respond to dares (has caused issues in the past) Year 10 Achievement standard By the end of Year 10, students explain how people working in design and technologies occupations consider factors that impact on design decisions and the technologies used to produce products, services and environments. They identify the changes necessary to designed solutions to realise preferred futures they have described. When producing designed solutions for identified needs or opportunities, students evaluate the features of technologies and their appropriateness for purpose for one or more of the technologies contexts. (Australian Curriculum) ASSESSMENT STRATEGIES Observation Checklists Formative / summative reports Work samples Negotiated oral assessment Questioning Cloze written test (may need extra time/modification) Peer and self assessment Video recording The enrolment in 2018 was 1029 students and has recently increased slightly to 1034 students in 2019. The enrolment trend has been stable from 2013, with a recent increase in 2017-2019. The school’s ICSEA score is 1041. The school is 1 of 3 Department for education sites that offer the IGNITE program to students with high intellectual potential. Student Diversity Professional Experience #4 The Beginning Ewing, R, Le, CR, & Groundwater-Smith, S 2014, Teaching Challenges and Dilemmas, Cengage Learning Australia, London. Australian Curriculum, Assessment and Reporting Authority 2018, Design Technologies, Australian Curriculum, viewed 24 September 2019, <https://www.australiancurriculum.edu.au/f-10-curriculum/technologies/design-and-technologies> Adam, H, Nicolson, M 2014, ‘Feeling the difference in the languages classroom: explorations of teacher understanding and diversity’, Faculty of Education and Language Studies, vol.42, no.1, pp.25-40. Stormont, M, Newman, C, Van Garderner, D 2012, ‘Introduction to the special issue: Building capacity to improve student outcomes through collaboration: current issues and innovative approaches’, Psychology in the schools, vol.49, no.5, pp.399-401. “It is crucial that beginning teachers confront their own prejudice from the outset. This is why the notion of being a reflective practitioner is so important. Through reflection we can come to understand the perceptions and beliefs that underpin our decision making and hopefully address any stereotypes that we are conscious of in our own thought and behaviours” (Ewing, Le Cornu, Groundwater-smith 2014, pg.53) Placement Site Reference List Year 10​Curriculum 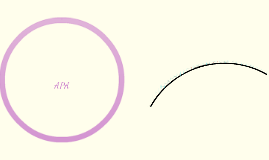 Transcript: This is a list of all the sources used in writing the paper The word “REFERENCES” appears at the top of the page in bold The references in the reference list are not numbered They appear in alphabetical order All the sources cited in the paper (with the exception of personal communication) must be listed as references-visa versa The second line and all lines thereafter of each reference should be indented Definition of key concepts must be a priority throughout the body of the paper Define concepts and key terms where they first become relevant in the text of the body in order to facilitate clear arguments and logical flow No two consecutive headings- you must have text between headings No table/figure directly below a heading- you must have an introductory section Do not only use one sub heading Session 4 Capt Mashigo APA Information that can be used to compile a preliminary framework Timeless resources Broad theoretical approaches Current practices/latest trends For sources: see the guide (p1) Notation system This is a rough but ordered outline of the main points, issues, questions that you think should be addressed Three or more authors Reference list Make sure that you know what is required Obtain an overview of the topic Draw up a preliminary framework Obtain and study relevant literature Finalise the structure of your paper Write you paper The (a), (b), (c)…notation system is only used to indicate a series of items within a paragraph The following numbering convention is not used in APA: i,ii,iii,… Important info! Introduction Outcome: Typical structure of a paper The body continued… One author Table of contents continued Outcome: Steps to be followed when writing a paper SESSION 3 Make sure you know what is required SESSION 2 Steps to be followed when writing a paper Quotations You are allowed to use the exact words of another author, provided that you indicate very clearly that you are doing this The first word of a quotation may be changed and punctuation mark may be changed or omitted to allow it to fit into text The omission of words from a quotation is indicated by three ellipses (…) or by four if the one or more complete sentences are omitted SESSION 1 Obtain the overview of the topic To declare that you have not plagiarised Starts on a new page This page is numbered: i (Roman figure) The word “DECLARATION” must be written top centre of the page and in bold The “declaration” itself is bold You may use the declaration in the study guide (p.6) or as preferred by your lecturer It must be signed and dated 1. Main heading: CAPITAL LETTERS + BOLD 1.1 Sub heading: Title Case + Bold 1.1.1 Sub-sub heading: Sentence case + bold Note: Headings are not underlined! Every significant issue or statement or fact described in your paper must be supported by a literature citation-with citations full reference supplied in the reference list The referencing style used is that of the American Psychological Association (APA) Critical evaluation Comparison Develop something new Describe the dynamics of something Same reference used for the second time in the same paragraph-Just name & no date Same reference used for the third time in the same sentence – “they” is more appropriate Two or more citations of different authors in one sentence (in parenthesis) are separated by the semicolons If the work is by the same author, give the surname only once and separate they years by commas Note: arrange the citations in parenthesis in alphabetical order, which is the same order as they appear in the reference list) Even more important info: PC settings! Two authors Brief summary of the paper, in your own words, the issues addressed, the methods followed etc This section should not contain any new information, references, including quotations Conclusion: Comprises of concluding remarks-perspectives on the problem in the form of future research, new questions uncovered, unresolved issues, practical implications etc Take note of the positioning of the quotation marks and the full stop at the beginning and at the end of the sentence All quotations (direct quotes) should indicate a page number If the quote extends over more than one page, the abbreviation “pp” is used Numbering: see example in guide (p. i) Spacing 1.5 line spacing between main headings 1.5 line spacing from main headings to sub headings O.5 line spacing between subheadings Note: avoid the use of one word headings! Also referred to as cover page This page is not numbered Top left-hand corner: Lecturer’s name (title, initial(s) & surname) Middle of page: title of the paper, as provided Bottom right-hand corner: your initials and surname, student number, the module and the submission date Sufficient information-finalise structure of your paper If done well-Table of contents It is important to formulate all sections and subsections in a logical and systematic way Literature citations Obtain and study relevant literature Numbering & Headings The rule of thumb: Surname,