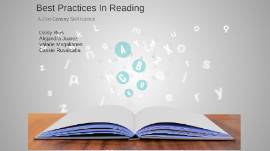 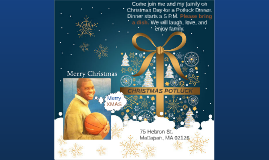 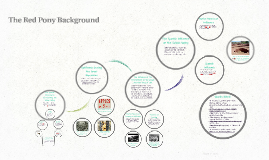 Transcript: Farmers found it hard to sell produce due to overproduction in the 1920s. There were many challenges face by farmers in California during the 1930s, but they overcame it and ended up with a stronger sense of family. The Influence of the Environment on the people and their Way of Life http://www.nps.gov/history/nr/travel/American_latino_heritage/Salinas_Pueblo_Missions_National_Monument.html http://www.rozylowicz.com/retirement/missions/missions.html • http://www.dhahranbritish.com/history/A9_Farming20s.htm • http://www.livinghistoryfarm.org/farminginthe30s/life_01.html • http://migration.ucdavis.edu/rmn/more.php?id=788_0_6_0 • http://memory.loc.gov/ammem/afctshtml/tsme.html http://www.nps.gov/history/nr/travel/American_Latino_Heritage/Abo.html Conflict of Religions The Influence of Missionaries on the Salinas Valley Native American communities were discovered by Francisco Vasquez de Coronado in 1540 Spanish Influence There are still pueblo missions today. The Mogollon and Anasazi traditions still exist. The Spanish Missionaries Surrounding the Salinas Valley Development of Christianity The Franciscan friars burned all of the kachinas and kivas used in Native American worship. The Native Americans fled to neighboring Pueblo communities, leaving their former home deserted by the year 1678. Native American Influence The rapid expansion of farmlands caused the soil of many fields to erode due to no tactics of soil conservation. The Dust Bowl, which affected Oklahoma, Texas, Kansas, New Mexico, and Colorado in the 1930s, caused farmers to begin using these tactics. One custom was kachina dances. These involved dolls formed like the gods and goddesses to bring good weather, harvests, etc. Native American Customs Three mission churches were built in Salinas Valley. However, the Spanish wanted the friars to speed up the conversion process because they were not working. California was hit hard during the Great Depression. Businesses failed, jobs were lost, and many families fell into poverty. Many farmers moved to California for its mild climate. California had a long growing season which allowed for a diversity of crops to be grown. The low circulation of money caused the USA not to mint nickels in 1932 and 1933. An example of the giants clouds of dust found during the Dust Bowl The missionaries caused the Native Americans to spread out. This greatly affected the culture of the Salinas Valley by making it more diverse and changing the landscape of the area. The Last Straw Image by Tom Mooring Different cultures lived in the present-day Salinas Valley. These include the Native Americans and the Spanish. The Franciscan friars tried to help enslaved Indians by converting them to Christians. The Indians refused to convert from their sacred customs. Street vendors lowered their prices to 5 cents Positive Aspects of Farming in California PBS Film about the Dust Bowl California During the Great Depression Works Cited The Red Pony Background The Spanish had missions established in the Salinas Valley area. The missions include Abo, Quarai, and Gran Quivira. Evolution of Farming The Spanish Influence on the Salinas Valley Kachina Dolls Zippers became widely used instead of expensive buttons. The ruins of the San Gregorio de Abo Church are a reminder of the Spanish influence 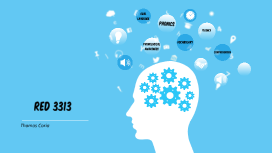 Transcript: Oral Language Vocabulary Comprehension Red 3313 Thomas Coria Oral Language Phonological Component Pragmatics Component Semantic Component Syntactic Component Reading daily whether it is before bed or during the day Born and Molded to how we speak and who we become Repetition is a strong foundation The system through which we use spoken words to express knowledge, ideas, and feelings and how its built & taught from an early age Phonological Awareness Phonological Awareness Phonic Awareness I gave him my /p/ /e/ /n/. Onsets & Rimes Teaching Example Syllables C | A | T Cuh | A | Tuh O - na - mo - na - pi -a Sentence Segmentation Rhyming & Alliteration He | Ate | The | Apple Mop | Hop Eleven Elephants Phonics Phonics Reading Comprehension Decoding Language Comprehension Ability to be able to say and put things together Ability to understand what the language is saying Ability to be able to grow up as an adult without falling into the statistics that plague the world with underdeveloped adults that were not taught properly from an early age Structured Phonics Structured Phonics All Letter sounds + How they work + How to break those apart Fluency Fluency Types of practices Timed Readings Reader's Theater Choral Reading Vocabulary Caring Kind Softhearted Concerned Tender Thoughtful Considerate Affectionate Comprehension An ability that stems greatly from understanding from sharing/viewing others thoughts Allowing for many to grasp the idea of "understanding" specific things or how to search for them whether it be from sharing out loud or using conceptual maps and diagrams Conclusion The interrelationship of all of these topics are what allows children, as well as late bloomed adults, understand how the very language we use works and how we can develop it even further in order to be able to communicate. If you start chipping away at the topics and only teach certain ones, you'll see that someone might be missing important connections when trying to understand or communicate. These are the 6 building blocks that help form and shape us from a very young age