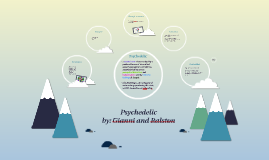 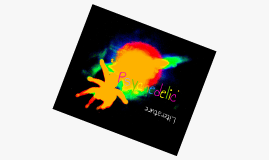 Transcript: Psychedelic Literature is any work of writing that is influenced by or promotes the use of pyschedelic drugs. Four sub-genres: 1. science of psychotropic substances 2. experience of psychotropic drug use 3. cultural and socio-political impact novel examples: Naked Lunch by William S. Burroughs The Doors of Perception by Aldous Huxley The Electric Kool-Aid Acid Test by Tom Wolfe Fear and Loathing in Las Vegas by Hunter S. Thompson required elements: concrete imagery sensory detail effective structure: unstructured. tips and topic ideas to get started: cut-ups and dada poems any of the four sub-genres focus on a specific drug, ie: LSD, heroin, marijuana, cocaine Or, use a wide array of drugs another tip: keep a dream journal! dreams are examples of non-linear storylines our activity: write a dream! BE A DREAMER! Don't do drugs. Psychedelic literature could be defined as written works influenced by or promoting psychedelic drug use as away to expand your mind. Hey, I'm Jesse. I hate this project. Psychedelic "The best book on the dope decade." - The New York Times Book Review 4. theoretical study in Literature the 'ecstatic experience' 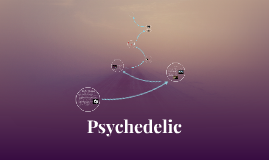 Transcript: Alfred Hitchcock Alfred Hitchcock believed created dramatic irony in many of his thrillers. This is when the audience know what is happening, however the characters in the film do not. He did this as he thought it made it more tense therefore creating suspense for the audience as they were waiting for something to happen, keeping them on the edge of their seat. We used the influence of Hitchcock in our thriller opening by placing quick shots of the mask on the TV and hanging on the door. However, Violet couldn't actually see these things and didn't know anything about it. This created a sense of mystery and made the audience eager to find out what was happening and why the mask was being used. Thriller is a broad genre and there are many different subgenres that come under this genre. For example, action thrillers such as Lucy and District 9. There are also crime thrillers, romantic thrillers, super natural thrillers and many others. Many thrillers are based around masks, this is because it creates a mystery and also scares the audience as you don't actually know who is behind them. It could be anyone. The typical conventions in a thriller are narrative, settings, costume, makeup, characters, sound and camera work. All of these things add together to help produce a thriller that keeps you on the edge of your seat. Peter Hutchings states that a psychological thriller usually refers to "narratives with domesticated settings in which action is suppressed and where thrills are provided instead via investigations of the psychologies of the principal characters." They also create a sense of realism as you could say the events in these thrillers could end up happening to anyone as they are psychological. You don't really know what exactly could happen. Texas Chainsaw Massacre As our thriller involved our main character Violet changing characteristics and scaring the audience, with the help of the mask, we believed that the subgenre of our thriller came under psychological thrillers. This is also where we got the inspiration of our name from. Psychological thrillers are a sub-genre of the main genre Thrillers. One thriller that is based around masks is Scream (1996). This is about a masked killer who begins killing teenagers and is focused on the main character Sidney when she is under attack. However, it leads on to the death of many different teenagers from the same area and leads the whole town wondering who is under the ghost mask. Locations, Themes and Characters The typical location of a thriller would be somewhere that has some sort of significance to the main character. This could be their home or even a forest they are familiar with. However, the more realistic the location the more it will thrill the audience as you are bringing a source of dangerous activity into somewhere that the characters feel safe. Thrillers This film is a thriller/horror as there are events that relate to both genres. Overall this film is extremely scary and creepy and the mask in this helps to add to make the film scarier. Psychological Thrillers Thriller Openings When creating our idea for out thriller opening we took some inspiration from Scream. This is because we had a girl home alone making some sort of food which is what she does in scream. However. we did change this as we thought it was too similar and wasn't very original. Although, we didn't want to change our whole idea and did still have a girl home alone, however as our thriller is psychological it was extremely different to the film Scream. Thriller openings give the audience an idea of what the rest of the film they are watching will entail and be about. Therefore, they are very important and you have to make sure that they don't give too much of the plot away, however do bring the audience in making them want to watch and enjoy the rest of the film. Psychedelic Scream The typical character types in a thriller would be the antagonist, protagonist, the helper, the damsel in distress and the donor. They all help to make a thriller what you would believe however every thriller film uses each one differently. Therefore making them unique in some way. The typical themes of a thriller films and psychological thrillers to be specific would be; mind games, stalking, deathtraps and obsession. They can all be done in different ways however, therefor making them individual and not the same as every other thriller. The mask used in this film also creates a sense of mystery and is used to hide the identity of the psychopathic killer. This film is based on a group of friends who after picking up a young traumatized hitchhiker, they find themselves stalked by a chainsaw killer and his family. 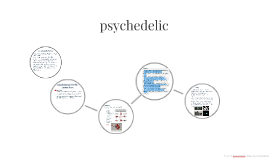 Transcript: psychological thriller conventions mise en scene lighting- low key lighting and shadows are used to create suspense and mystery. We waited until it was dark to record our thriller as we felt the darkness would create suspense and to represent the darkness of the main character. in our group we chose the psychological thriller genre. we developed many typical thriller conventions in our opening to make our thriller more appealing , for example our main character was a girl who is a victim of mental health issues- as women are normally associated with having mental health problems due to things such as hysteria ect. weapons weapons of choice usually include knives swords razors baseball bats chainsaw axes hammers saws pitch forks sickles ect psychological thrillers psychedelic Image by goodtextures: http://fav.me/d2he3r8 Thrillers are either set in rural urban settings such as large cities such as new york or run down poor areas or in natural environments such as forests or farms. usually action, crime and techno thrillers are set in more rural urban environment whereas psychological, environmental and supernatural thriller are more likely to be set in more environmental enclosed areas. Settings characters The female victim- Typically portrayed as being vulnerable and in need of protection. the non believer- Often portrayed as cocky and at ease. The hero- Pretty much always a male of a strong masculine build. Although there are not many thriller films with heroes as often good doesn't triumph evil. The psychopath- can be portrayed by either a male or female, often has a strange feel to them and seen as dark and mysterious. The police/detective- there is often a police man or detective who is usually male and mature, typically divorced and devotes his life to his job. 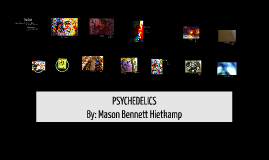 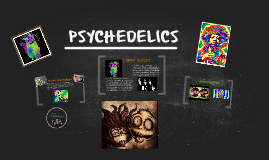 Transcript: SOURCES WHAT IS A PSYCHEDELIC? WHAT DOES IT DO? PSYCHEDELICS By the late 1960s, however, as millions of people experimented with them, psychedelics became symbols of youthful rebellion, social upheaval, and political dissent. By the early 1970s, the government had halted scientific research to evaluate their medical safety and efficacy. The ban persisted for decades, but has gradually been lifted over the past decade. A "BRIEF" HISTORY http://www.drugpolicy.org/drug-facts/psychedelics-facts https://www.google.com/search?q=tidy+shirts&biw=1600&bih=805&tbm=isch&tbo=u&source=univ&sa=X&ved=0ahUKEwjT1qC9lO7KAhVDrB4KHYkEAawQsAQIKA#tbm=isch&q=+triPPY+LSD Psychedelic drugs include LSD (“acid”), psilocybin mushrooms, mescaline (found in peyote), ibogaine, salvia, and DMT (found in ayahuasca). Psychedelic substances have been used for thousands of years for religious and therapeutic purposes In the 1950s and early 1960s, psychedelic drugs such as LSD were considered promising treatments for a broad range of psychological and psychiatric conditions. Tens of thousands of people were introduced to them in clinical studies, as an adjunct to psychotherapy, or as part of a religious or spiritual practice. 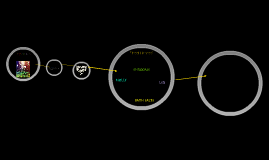 Transcript: Jenetta Washington Psychedelic is a hallucinogen that come Vietnam. Most of psychedelic pills are ones that you take by the mouth. Street Names? LSD MOLLY SHROOMS BATH SALTS ect.. Psychedelic 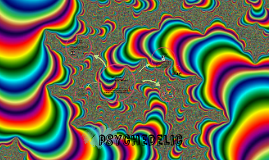 Transcript: psychedelic Richly saturated colors in glaring contrast, elaborately ornate lettering, strongly symmetrical composition, collage elements, rubber-like distortions, and bizarre iconography. The word "psychedelic" (introduced by British psychologist Humphry Osmond) means "mind manifesting". What does "Psychedelic" mean? He is an American artist specializing in spiritual and psychedelic art. His body of work spans a variety of forms including performance art, process art, installation art, sculpture, visionary art, and painting. This installation of framed images, consisting of paintings an two etched mirrors, axamines the anatomy of the body He was an american artist and one of the leading designers of psychedelic posters in the 1960s. Rick Griffin (1944-1991) Characteristics Progress of the Soul Sacred Mirrors Alex Grey