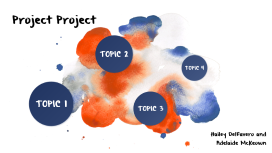 Transcript: Project Project Hailey DelFavero and Adelaide McKeown Projection Definition Attributing your own feelings or faults to another person or group Examples Negative -projecting your bad qualities on someone else -expecting others to be at the same skill level as you -assuming others share your beliefs, opinions and priorities Examples Positives -Attributing ones positive qualities onto someone else -empathy Positives PICTURES PICTURES Paranoia A form of projection where irrational mistrust of others to view innocent people as threats. Paranoia MAP Game Time! charades Game Time 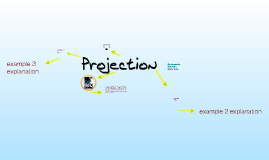 Transcript: Projection By:Amanda, Danielle, Mary Kate Psychological projection or projection bias is a psychological defense mechanism where a person unconsciously denies his or her own attributes, thoughts, and emotions, which are then ascribed to the outside world, such as to the weather, or to other people. Thus, projection involves imagining or projecting the belief that others have those feelings The movie "inception" has many examples of projection. Dreams are used all throughout this movie to get information out of people. Leonardo DiCaprio and his team go into dreams and have the goal of getting people to project certain things into these dreams. example 2 pic example 2 explanation example 3 pic example 3 explanation What is projection? 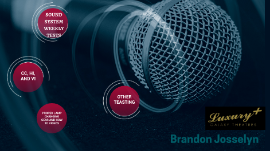 Transcript: Who we are? Brandon Josselyn SOUND CHECK WILL BE DONE EVERY MONDAY SOUND SYSTEM WEEKLY TESTS WHY? WHY? THIS WAY WE HAVE TIME TO FIX ANY ISSUES BEFORE THE NEW MOVIES OPEN FOR THE WEEKEND. THE WEEKLY AUDITORIUM CHECKLIST THE WEEKLY AUDITORIUM CHECKLIST WEEKLY AUDITORIUM SOUND CHECK WEEKLY AUDITORIUM SOUND CHECK WEEKLY ATMOS SOUND CHECK WEEKLY ATMOS SOUND CHECK QSC DCA AMPLIFIERS QSC DCA AMPLIFIERS THESE ARE OUR NEW COMPANY STANDARD FOR AMPLIFIERS QSC DCA 1622 QSC DCA 1622 THESE ARE THE MOST COMMON AMPLIFIERS THAT YOU WILL BE USING AT YOUR THEATRES. IN YOUR SMALL AUDITORIUMS, THESE WILL RUN ALMOST THE ENTIRE SET UP OF SOUND EQUIPMENT QSC DCA AMP EQUIVALENT BREAKDOWN QSC DCA AMP EQUIVALENT BREAKDOWN PLEASE MAKE SURE THAT YOUR PROJECTIONIST HAVE THIS SHEET AND ARE REFRENCING IT WHEN CHANGING BAD AMPS OUT AND REPLACING THEM WITH THE NEW QSC DCA AMPS. HAVE THEM CALL ME DURING THIS PROCESS IF THEY HAVE ANY QUESTIONS, CONCERNS OR ARE JUST NOT SURE ABOUT THE WAY TO WIRE UP THE NEW AMPS. CERTAIN LOCATIONS ARE USINMG THE BUILT IN CROSSOVERS ON THE CROWN AMPS. QSC CROSSOVERS AND XLR CONNECTORS QSC CROSSOVERS AND XLR CONNECTORS THE QSC CROSSOVERS WILL REQUIRE XLR CONNECTORS IN ORDER TO LINK THEM TO THE SOUND PROCESSOR AND BETWEEN EACH OTHER IF YOU HAVE A SMALLER SET OF SPEAKER BEING USED AS FILLERS FOR THE STAGE CHANELS TROUBLESHOOTING SPEAKER ISSUES TROUBLESHOOTING SPEAKER ISSUES SURROUND SOUND SURROUND SOUND If you are not getting sound out of a speaker there are a few different things that can cause this. Bad amplifier. Bad driver or diaphram. Loose or disconnected connection on a piece of sound equipment. The terminals on the speaker. The terminals on the amplifier. The connection to the driver or the diaphram in the speaker. The terminals on the crossover. HOW TO CHECK FOR ISSUES WITH THE ACTU... HOW TO CHECK FOR ISSUES WITH THE ACTUAL SPEAKER YOU TAKE THE POSITIVE AND THE NEGATIVE OFF THE AMPLIFIER OF THE SPEAKER THAT HAS BEEN IDENTIFIED AS AN ISSUE AND USE YOU VOLTAGE METER TO CHECK THE OHMS READING OFF THE TWO WIRES. tHIS SHOULD BE 4 OHMS TO 16 OHMS DEPENDIN G ON THE SPEAKER. THE SURROUNDS CAN RANGE AS LOW AS 2 OHMS AND A 4 OHM SPEAKER CAN RUN AS LOW AS 3 OHMS WHEN CHECKING THE READING. CHECKING THE OHMS ON YOUR SPEAKERS OUR EXPECTATIONS OUR EXPECTATIONS WE WOULD EXPECT THE PROJECTIONIST WORKING TO BE ABLE TO TROUBLESHOOT THESE ISSUES BEFORE EXCALATING THE ISSUE. I WILL BE WORKING WITH THE ALL THE PROJECTIONIST AND TRAINING THEM HOW TO PERFORM THESE TROUBLESHOOTING STEPS SO THEY CAN DETERMINE THE ISSUE AS BEST THEY CAN AND WE CAN DETERMINE WHAT IS NEEDED TO BE DONE TO FIX THE PROBLEM AS QUICKLY AS POSSIBLE. CLOSED CAPTIONING, HEARING IMPAIRED, AND DESCRIPTIVE NARRATIVE CC, HI, AND VI TESTING THIS WEEKLY TESTING THIS WEEKLY WHEN SHOULD YOU DO THE TESTING? WHEN SHOULD YOU DO THE TESTING? YOU SHOULD BE TESTING EVERY DEVICE EACH WEEK TO CONFIRM THEY ARE ALL WORKING CORRECTLY. THIS WAY WE CAN KEEP UP WITH REPLACING BAD DEVICES IN A TIMELY MANNER. LET'S USE MONDAYS TO FIND ANY PROBLEMS SO WE HAVE THE REST OF THE WEEK TO FIX EVERYTHING FIND THE PROBLEM MONDAYS OTHER TESTING CFM READINGS CFM READINGS CFM READINGS SHOULD BE TAKEN ONCE A WEEK ON MONDAYS. HOW TO TAKE A CFM READING HOW TO TAKE A CFM READING DECIBEL METER YOU SHOULD BE STANDING IN THE MOST COMMON SPOT YOUR GUESTS WILL SIT IN. I WOULD SUGGEST THE CENTER OF THE AUDITORIUM AND THE MIDDLE ROW . DECIBEL METER PROPER LAMP CHANGING GEAR AND HOW TO VIDEOS PROPER LAMP CHANGING GEAR AND HOW TO VIDEOS 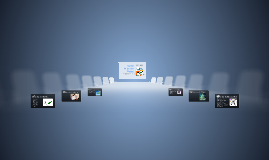 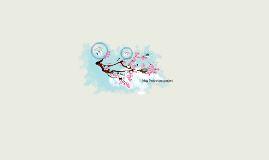 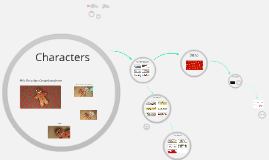 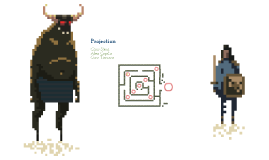 Transcript: Example 1 Example 3 Putting your own bad feelings on other people. Chris Stern Alex Caplin Cora Thorson Example 2 Projection A person in a couple is having undesirable thoughts about the other person. Instead of dealing with these undesirable thoughts consciously, he or she subconsciously projects these feelings onto the other person, and begins to think that the other has undesirable thoughts and may be having an affair. Marilyn is unfairly passed over for a promotion; she denies that she is angry about this, but is certain that her supervise is angry with her. Attributing one's own repressed motives, feeling, or wishes to others. Projection A girl is cheating on her boyfriend and instead of admitting she is cheating she accuses him of cheating on her. Own Words