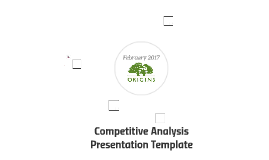 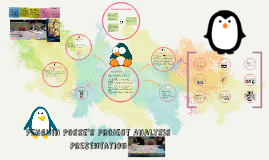 Transcript: Penguin Posse's Project Analysis Presentation Booth & popcorn giveaway Pros Cons - Lots of attention - Lots of work - Wouldn't cost much - Not an extreme hotspot - Don't need all members - Might be hard to get a present for the whole time good time How can we as a group increase the awareness of the need for shelter pet adoptions? Brainstormed Solutions Leadership - emergent Types of power present in the group - persuasive and charismatic. One member had referent and the Leader, Brittany, used persuasive, charismatic and informational power. Type of leadership - Democratic Model of leadership - Modeling, Motivating, Managing Our group decided to "tackle" the problem of adoption of shelter pets. To do this, the group researched the benefits of having shelter pets and the process of adopting. The group then discussed the best way to spread awareness and we picked the booth and popcorn giveaway Solution Choice Goals Becky The group decided to do an informational booth about the adoption process and how to make shelter animals, pets. TIPS FOR FUTURE GROUPS Yuliya - be good listeners - let other group members speak their minds - don't jump to conclusions - listen without the attachment of emotions Decision making - Democracy Examples When picking a community needs topic - group think occurred. One member verbally disagreed on the topic but due to an absence the topic was chosen. The opposing members were applying direct pressure and because of all this an illusion of unanimity was created. Project decision - tried to keep the group democratic but the groups members' schedules were vastly different. Group Norms Becky The group decided to measure succession of the project by the amount of people who stopped by and inquired. Many people asked what we were doing and grabbed popcorn and mints but we included only those who inquired about adopting and had questions about location of shelters. Goal: 3-5 people Results: 7 people GROUP -wanted to make an impact - good grade - group paper, worth remembering INDIVIDUAL - wanted to have a project that interested them - learn more about working in a group - make new friends - Strive for an 'A' Problem Identification Solution Evaluation Personality - Three of four members tested as Collaborators, while the fourth tested as an Accommodator Group Work During group work there would be a devil's advocate that also leads the group conversation, a conversation leader, and two conversation supporters. This was beneficial but at times the advocate felt "under attack". Cultural - One Ukrainian, One Russian, Two Americans. The cultural differences were beneficial but at times clashed. Gender - NONE Generational - Three of the four group members are still in high school, the fourth member is an adult with a child. This generational gap provided insight and helped with the group dynamics. Conflict arose between the 3 highschoolers as they were all great leaders and "battled" for title and position. Problem Analysis INDIVIDUAL Becky Brittany - Evident group leader, all benefited from her direction, helped individual group members outside of school. Becky - helpful contributor of ideas, her generational influence caused the group to think outside the box, although she had some personal struggles this quarter she stuck through and always asked for helped if she didn't understand something. Sasha - Quiet, but got her point across, work quality was excellent, never missed a beat, didn't make waves but didn't let anything important pass by her without a word, offered a smile and help when needed. Yuliya - also could have been primary group leader, accountable for finishing her parts, "go-get-it" personality, always prepared; always a friend. GROUP Yuliya Overall, group did well together Points of strengths - group was able to bring forth numerous new ideas & by the end all group members were able to pick up on verbal and nonverbal communication between each other Points of weaknesses - taking time to listen, listening without attachment of personal emotions, being more open-minded Group Development Sasha Diversity Yuliya Solution Criteria -Group meetings run no later than 4:30 -Stick on agenda, no small talk -No phone usage -Be respectful of group members' ideas and thoughts -Must inform all group members of tardiness or lateness A-ll group members must be ready and prepared to go over the meeting agenda -Members must reply to texts and/or emails ASAP -Meeting must be reviewed 2-3 minutes before adjourning. Solution Implementation The group was very direct. At times this ended up offending a member in the group because of the phrasing and the directness. Most of the time the directness contributed to keeping the group on task. Diversity - some group members were raised in different types of cultures marking distinct verbal vs nonverbal cues. Different stages Group climate - a rainforest: calm and beautiful but wild. Climate - changed verbal and nonverbal communication based on the extreme of