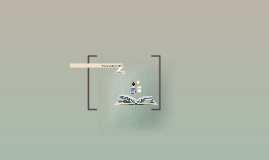 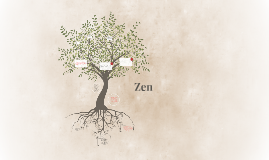 Transcript: This quote is interesting because it brings up a valid argument. Some people become blind from trying to find the truth in something,so blind that they can't see the truth in front of them. Philosophy Pirsig discusses the differences between "romantic" and "classical types of literature. Theme “The truth knocks on the door and you say, "Go away, I'm looking for the truth," and so it goes away. Puzzling.” "Romantic" writing mainly focuses on emotions and relationships between people and events. "Classical" writing focuses on the technical aspects such as grammar and spelling “You want to know how to paint a perfect painting? It's easy. Make yourself perfect and then just paint naturally.” paraphrasing Theme Philosophy A major theme of Zen is identity. Finding out who Phaedrus is and how he differs from the narrators present day self supports this. Quotes Theme This quote is interesting.It says that it's impossible to be perfect or make something that is perfect. It shows that people will strive for something that can never exist. Even the narrator's son, Chris, notices a change in personalities. This shows that the separation between how the narrator acts and how Phaedrus acted were so far from each other that even his young son noticed a difference. Zen The narrator separates his present day self from Phaedrus purposely because he sees them as two different personalities. "I can imitate the father he's supposed to have, but subconsciously, at the Quality level, he sees through it and knows his real father isn't here" (Pirsig 363). 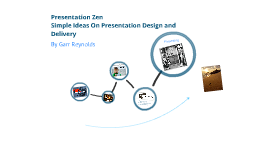 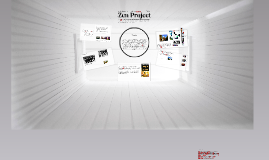 Transcript: Architects are creators. Greek "arkhi-" (first/leader) and "tekton" (builder/craftsman) They are designers. And when you create something significant and revolutionary, you change and shape the world. And thus, you helped define the current era. Picasso "The European traditions have been studied, borrowed, incorporated, and then recast in American materials according to American needs and tastes[...] Jefferson has adapted classical styles and mixed Italian villa architecture with Corinthian pediments and Doric columns, united French curves with Chinese latticework, and presented them in Virginia's own red brick and painted wood, but then positions them at odds with one another across the open public space of the Lawn. The physical space thus becomes a visual invitation to intellectual curiosity and inquistion: Jefferson the architect converses with classical architecture and classical ideas; each building converses visually with the others, and students and scholars on the Lawn study the structural and ideological debate presented by both architect and his architecture." The University of Virginia, representive of Jefferson's ideals, served to define the path that America would take and shape the era of America's beginnings. http://www.serpentinegalleries.org/exhibitions-events/serpentine-gallery-pavilion-2013-sou-fujimoto Serpentine Gallery Pavillion 2013 In such cases that these "architects" do not express their opinions through their creations, they are in fact expressed through the goal of the creations. And that is modernistic expression. Thesis Work Cited An expression of ideas that deviate from the norm and are creative and unique. Zen Project What do you mean "defines," not "represents"? Yuumei and her Political Views Cubism The Fountainhead is about young brilliant architect Howard Roark who choose obscurity and creative freedom over prominence and conformity, In the novel, Rand shows her belief that the true Architect always strive to exercise their individual uniqueness and creativity to the fullest. Ai Weiwei Modernistic Expression New York City - 1920's Christine Chang Christian Cipriano Eric Ma Model T Automobile -Steve Jobs' creations helped shape and define our era by providing means to create. His belief in "first-handedness," or independent thinking, was the driving force behind the information-rich community and more-accessible opportunities he created. //"first-handedness" was a term made up by Jobs inspired by Ayn Rand's original term "second-handedness" Free Bradley Manning protest near UC Berkeley Collateral Murder Video Ayn Rand and The Fountainhead An era does not remain consistent throughout its time as new ideas flow out of creative minds. The characteristic culture of a certain era evolves and grows, and perspectives are tweaked and readjusted. Philosophers and artists -- painters, sculptors, actors, movie directors, writers, dancers -- contribute to their era by expressing their ideas to help others form and refine their own. Ayn Rand’s belief that Architects must create some sort of Modernistic expression to represent their time period is inaccurate: the expression does not represents the time period -- it defines and shapes it. Driven by today’s controversial balance between nature and man-made technology, Sou Fujimoto defined his style to explore the balance between the two conflicting but amazing sides. "Represent" connotes symbolism. It makes the building, vehicle for the unique Modernistic expression, seem like a symbol, a cover for a book, a name tag for a person, a comprehensive summary for an era, rather than actually part of the era. Furthermore, an era is composed of many different and conflicting ideas; it is "Define" connotes that Modernistic expression helps shape and develop the era and shows that the buildings are actually a part of that era. “I envisage the vivid greenery of the surrounding plant life woven together with a constructed geometry. A new form of environment will be created, where the natural and the man-made merge; not solely architectural nor solely natural, but a unique meeting of the two". - Sou Fujimoto //point: It was Bauhaus Landscape architects Naval architects Software architects Network architects 2) Ayn Rand once said that Architects for each era must create some sort of Modernistic expression that represents their time period. Do you agree or disagree? Assembly Line Braque Henry Ford Zuckerberg, like Jobs, helped shape the information network and people's opinions on it. His creation, in this way, defined this era. Boston - 1920's In case you're thinking "but they are not expressing their view through creative means!" Driven by today’s controversial balance between nature and man-made technology, Sou Fujimoto defined his style to explore the balance between the two conflicting but amazing sides. Thomas Jefferson and the University of Virginia Tim Berners-Lee And the World Wide Web "Ai Weiwei's "Remembering"and the Politics of Dissent." Ai 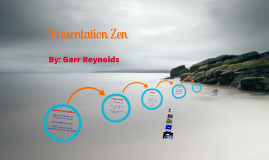 Transcript: The Next Step Design Simplicity Design: Clear communication, not decoration Simple but clear visuals About the Author Preparation Presentation Zen By: Garr Reynolds Delivery Associate Professor of Management in Japan Former Apple Executive Delivered speeches and presentations all over the world You ARE creative Focus and see the big picture Get away from the computer Like a conversation If it's worth talking about, be passionate Tap into the audience There is no conclusion, only the next step. You decide how to move forward 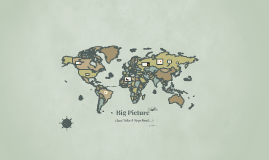 Transcript: PUT IT IN PERSPECTIVE! Which is easier to process? Editing and Restraint... What do people do around campfires? Natural Speech Consider the power of the story... Violate your audience's expectations What is the Core of the Message? Perspective The BIGGEST element of the story 5 hours of battery life... The Process... Put examples context and meaning... University of La Verne ...ensure the remainder contributes to the overall story. (Just Take A Step Back...) Big Picture ...even if all details are not worked out? Simplicity MGMT 559: Seminar in Organizational Development Simple Ideas on Presentation Design and Delivery How do you gain credibility? ...Not the same as "Dumbing down" Concreteness What makes messages stick? ...create structure... No Abstract Ideas Credibility Look for the conflict... MAKE IT STICK!!! Before all of this... Which sounds better? Get a clearer picture... Real life examples Chapter 4: Crafting the Story Presented By: Brit Morris Enough battery life for you to watch your favorite T.V. show on a flight from San Francisco to New York. Presentation Zen Unexpectedness Remember... Brainstorming Grouping/ID Core Storyboarding Sketch Visuals Editing/Restraint How & Why? Identify causes of the problem ...how did we get information? Identify the problem Storytelling Principles... Statistics Consider what resonates with your audience... 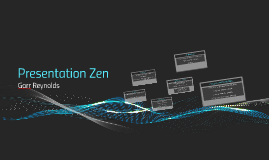 Transcript: Thoughts and Implications There is no one perfect way to do a presentation! Improvement! Read and Study! Conclusion? Presentation Zen More Preparation Design and Delivery 1. Carefully observe oneself and one's situation 2. Seize the initiative 3. Consider fully, act decisively 4. Know when to stop. 5. Keep to the middle. Preparation The Next Step Our lives are frittered away by detail; simplify, simplify. ~Henry David Thoreau Simplicity, Steve Jobs, and Judo! Garr Reynolds 1. This does not just apply to presentations. 2. Do not eliminate solitude! 3. Do not forget the audience. 4. Play to the taste of your audience. Introduction EVERYONE has sat through a terrible presentation! Do you want your presentations to be the best? Creativity, Limitations, and Constraints You ARE creative! Don't let limitations or constraints intimidate you! They are important allies to creativity. Step away from the computer! Slow down and get some solitude. Ask the right questions. Make your message stick. #Dontbeajerk!

Transcript: Presentation Zen Not just pictures Making a story stick By preparing well By keeping design simple By mastering delivery with addition of a few words a message stays remembered This book will help! As will these websites pp www.presentationzen.com www.garrreynolds.com www.ted.com www.prezi.com It's about