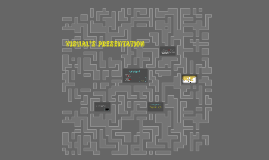 Transcript: What we ask after this presentation What the video touches on What are some things that you all noticed? (All together group 4) we hoped you enjoyed our presentation! Enjoy! Today we will be showing you all a short video that has quite a bit of meaning and is very applicable in today's society The video "MAN" by Steve Cutts gives the visual representation of mankind's wasteful nature. Shows how we have no respect for the planet we live on and will happily destroy it for convenience sake. Animal testing on the rabbits. Meat packing industry. Jared Brown Sara Abdo Alonzo Dickson English 102 Professor Loring 3-26-2019 Visual's presentation Group 4 DON'T BE THAT GUY! Would you change any habits to help the planet after watching this? Our presentation 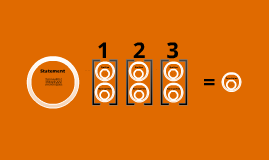 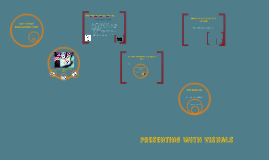 Transcript: Cognitive Load Theory But all images are Great, Right? Conclusions are important. Your background and text should be OPPOSITE COLORS Don't use overcomplicated images. interesting to look at Your time and energy spent on preparing your work will show, and will keep people's attention on you! And Your text needs to be easy to read Make sure it is easy to read And Finally... Less is more! And don't use tiny text I can read OR I can listen, but I CANNOT DO BOTH at the same time! REALLY IMPORTANT HEADLINE Don't use huge text law of maximum contrast And they're generic Don't just follow the same old boring formats. Experiment and make it something interesting to watch. Don't just "end"! Well... So... And thanks for watching! :) So.... So, Use your imagination and make a real effort! Meaning... But only if they relate to what you are talking about. Use dark color text on light backgrounds Some final advice & things to remember * Look at all my really interesting points * I have so much that is important to talk about, so I'm just going to write all of it here, and basically read it to you. But you're not going to be listening anyway, because you'll just be reading the screen. * And bullet points (meaning these little star or dot things) are soooo boring and really don't serve much of a purpose. * And hey, while I'm at it, I'll stick a weird, unrelated picture in the corner of the screen. Good luck! So why doesn't this work? Especially if it doesn't relate to your topic! Your text should be easy to read Avoid too much text (remember: maximum 10-15 words per screen!) and use interesting, related visuals. Presenting With Visuals Images are important! Why do most presentations suck? Have a clear introduction & conclusion! Size matters And light color text on dark backgrounds Most PResentations Look LIke this... Don't use boring templates or layouts. Be creative and make your presentation memorable and interesting! Think about fonts, colors, sizes, and layout. Font, color, size, and layout should be easy for an audience to read and follow. Avoid templates... Be creative! Limit the amount of text on your screen. There should be a MAXIMUM of 10-15 words per screen. Because presenters treat PowerPoint or Prezi like Word... This tool is for presenting, not writing an essay! Be sure you have restated your main points and left the audience with something to remember! 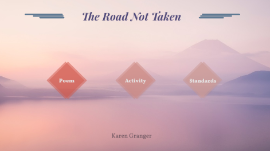 Transcript: The Road Not Taken Karen Granger Poem The Poem 1st Stanza "The Road Not Taken" Two roads diverged in a yellow wood, And sorry I could not travel both And be one traveler, long I stood And looked down as far as I could To where it bent in the undergrowth; Analysis: - speaker is describing a "fork in the road." - rather than being an actual road, it's more likely that it was two pathways since the poem was originally published in 1916. - "yellow wood" indicates time: fall. - speaker is faced with a choice. 2nd Stanza "Then took the other, as just as fair, And having perhaps the better claim, Because it was grassy and wanted wear; Though as for that the passing there Had worn them really about the same," = after all that, he decides to take the other road. - "as just as fair" - the roads are the same. - "wanted wear" - NOT personification, it means it lacked wear. - lines 9-10 the speaker is indecisive because the roads have virtually no difference! 3rd Stanza "And both in that morning equally lay In leaves no step had trodden black. Oh, I kept the first for another day! Yet knowing how way leads on to way, I doubted if I should ever come back." - again, it's clear that the paths are equal. - in the "morning," however, the speaker realizes no one has ventured down this path. - wasn't one of the paths "grassy?" Why is it covered with leaves? - is the speaker reliable and honest? - "...for another day!" the speaker is basically procrastinating. - "Yet..." the speaker realizes that this is foolish. - we always think we can do something else later, but can we really? 4th Stanza "I shall be telling this with a sigh Somewhere ages and ages hence: Two roads diverged in a wood, and I-- I took the one less traveled by, And that has made all the difference." - "sigh" sighs can be happy, sad, etc. so what does this really mean? - "and I--" prepares readers for a conclusion. - "I took the one less traveled by" interesting that he says this considering both of the roads are the same. - Did it this decision make him successful? A failure? Lose? All we know is that no matter what, his decision will always play out the same. Activity Activity 1. As a group, try to figure out what the meaning of the poem is. 2. Stanza by stanza, interpret the author's meaning, or multiple meanings. 3. Use textual evidence to back up your argument. 4. Come to an agreement about your claims. 5. Think critically! Why did Frost choose these words? What is the impact of them? What words would you use? Standards Standards 1. RL.11-12.4 Determine the meaning of words and phrases as they are used in the text; analyze the impact of specific word choices on meaning and tone, including words with multiple meanings or language that is particularly engaging. RI.11-12.1 Cite strong and thorough textual evidence to support analysis of what the text says explicitly as well as inferences drawn from the text, including determining where the text leaves matters uncertain. 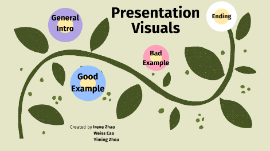 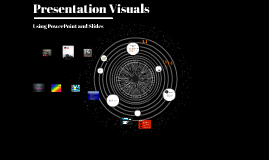 Transcript: Presentation Visuals "How to Avoid Death by PowerPoint" Avoid PowerPoint when: Video Pixabay Using PowerPoint and Slides PowerPoint Alternatives Use creativecommons.org to search for free images. Video 2 Use good colour scheme Keep data simple and easy to read Use font wisely "Life After Death By PowerPoint" Look at the following examples and suggest how they might be improved Limit the number of object on your PowerPoint to 6 Examples Video you need to convey information you want to use images Pexels 5:42- 12:52 Use PowerPoint when: Leading Inspiring Rushed Extra Tips Google Slides Prezi Flickr Video Simplify wording Spell-check! Bullet-point fewer points 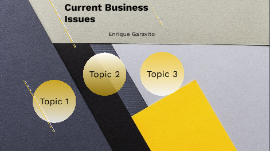 Transcript: Enrique Garavito Current Business Issues Xiaomi Corp Topic 1 The Chinese smartphone maker is taking advantage of changes in the former British colony that mean companies with different share classes can now list in the city. While the filing didn’t say how much Xiaomi is looking to raise in the initial public offering, it’s expected to be at least $10 billion, people with knowledge of the matter have said, and could value the business as high as $100 billion. Xiaomi, reporting detailed financials for the first time, posted a net loss of 43.9 billion yuan ($6.9 billion) in 2017, reversing from a profit a year earlier. Revenue however surged 67.5 percent to 114.5 billion yuan last year. Tesla Topic 2 Tesla reported a record loss of $710 million in the first quarter and continues to burn through cash as it pushes to ramp up production of its mass market Model 3 vehicle. The loss of $3.35 per share was less than the $3.58 to $3.54 that analysts had expected. But Tesla’s shares nevertheless declined nearly 6% in after-hours trading to $283.10. Tesla spun the results as a positive along with voicing optimism about the rest of 2018. Tesla made “significant progress” on increasing production of the Model 3, a mass market vehicle designed to propel in the second half of the first quarter, Tesla said in a letter to shareholders. Tesla’s goal is to produce 5,000 of the cars weekly by the end of the second quarter, a goal that Tesla CEO Elon Musk has promised before and missed. The company said in April it had produced 2,270 weekly. Romaine Lettuce Topic 3 The E. coli outbreak connected to romaine lettuce has turned fatal with one death reported in California, the Centers for Disease Control and Prevention said Wednesday, April 25. The CDC also said 23 more people had been sickened since its last update on April 27, bringing the total number of cases to 121 across 25 states, with 52 people hospitalized. The outbreak has been linked to romaine lettuce grown in Yuma, Ariz., and the CDC is warning consumers not to eat or buy romaine lettuce unless they can confirm it is not from that region. The warning applies to whole heads and hearts of romaine, as well as chopped romaine, baby romaine, and salads containing romaine lettuce. Restaurants and retailers are also being advised to ask their suppliers about where their lettuce comes from.