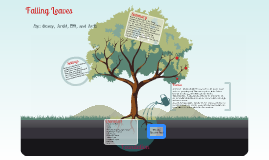 Transcript: Hard work - Adeline studied throughout her life so she could make her parents proud. This also helped her in the future, because she struggled to find a job as a doctor. Discrimination - During Adeline's time in the USA and the UK, she faced discrimination because she was of a different origin and was a woman. Neglect and Oppression - Adeline Yen Mah was neglected by her parents, because she was the youngest child and considered a curse since her mother died after she was born. By: Stacy, Arthi, Elli, and Avik Hong Kong - Adeline attended school here and lived here for a short time. United Kingdom - She studied at United States - She moved here because of the many opportunities it offered China- This where Adeline was born and is where most of her family is located at Falling Leaves Summary Settings Adeline Yen Mah Niang Father Brothers- Gregory, Edgar, James Stepbrother- Franklin Sister- Lydia Stepsister- Susan Husband- Bob Exhusband- Byron Aunt Baba Ye Ye The End Time for Fun! Adeline is neglected by her family throughout her life, except for Aunt Baba, who was the only person who believed in her. She worked and studied hard in order to gain her parents' respect. Through education and perseverance, she gains her independence from her overbearing stepmother, and carries out the best revenge by being successful in her life and defying all odds. Foundation Themes Characters 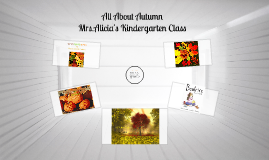 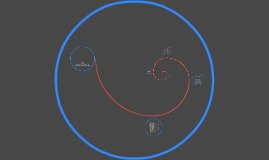 Transcript: In Ancient Islam, it was common to decorate buildings with intricate patterns made of different geometric shapes. They did this because it was forbidden to decorate a sacred building with art that depicted the human form. Geometric Patterns There are an endless amount of possibilities when it What Did I have to Do? How Does This Relate To My E.Q.? To solve this math problem, Ronnie had given us an aerial view of the park and picked three different locations around it. First, we connected all three of the points to make a triangle. Then we used the angle bisector method on each angle, and each bisector intersected each other at the center of the triangle. One day, in Ronnie's Foundations Two class, we were asked to find the center of Memorial Park to see where it would be most practical to hold a music concert. At first, this did not stand out to me at all, but later on, it gave me a completely new way to look at the world. Mathematical Advancements In Ancient Islam How Can this Be Used In Everyday Life? This can also be used to solve serious issues in the real world in a way that is easy to do and simple to understand. E.Q. Foundations Two; Question One In Islam, the patterns that they used to created their tile patterns and mosaics were so intricate and used such complex math that the equations they used where not understood by modern European mathematicians until the mid 1970's. My Experience This experience relates to my essential question because it uses simple strategies to create shapes and figures that can be used to solve problems in real life. -Ben Silbermann By Ryan Dal Ponte How This Changed My Thinking Patterns In Ancient Islam "Small Ideas Can Be Big" How can we communicate clearly and concisely about figures and statements? This problem eventually made me think of other ways math is used in the world, even when it does not seem like it at first. For example, math is everywhere in nature, from a snowflake or even the veins in a leaf. 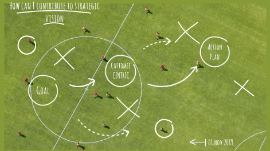