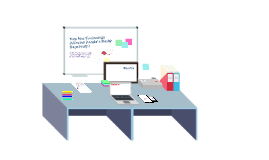 Transcript: Technology can cause a lot of problems such as: Child Obesity Headphone Use Leading To Accidents Car Crashes Can Make you Antisocial Addiction Cyber bullying Stress And Lack Of Sleep When you get worried and all worked up about something or when you have lots to do and not much time to do it in and you get worried. Caitlin S's Opinion Results Something that can be committed, witnessed or can be a victim of by either child or adult. All it takes is one harsh comment a retaliation and then it turns into a cyber war the results are never great for the victim in some cases the victim suiciding. I have never been cyberbullied but I have witnessed it countless times on YouTube, Facebook even on my primary school website all it takes is a “joke” or an insult and then a few others respond then them comments had to be pulled down. Spending too much time playing video games and ignoring other things you should be doing like spending time with family doing homework etc Going on your devices before going to bed isn’t something you should do if you want a good night's sleep. Looking at a screen before bed stimulates your brain making it hard for you to get to sleep.- Car crashes can be caused by the simplest distraction or just plain not paying attention to your surroundings. In experience my mother, sister and I were going for a drive and we stopped at the intersection. As the light went green we got ready to pull out when some person pulled across the intersection looking at their phone and went hurtling on to the footpath and then turned into a driveway luckily there was no one on the footpath at the time. Not only was the person not paying attention to the road but they also had a young child in the front passenger seat. Notes Child Obesity Is Far More Common Nowadays Because Of The Lack Of Fitness In A Child's Daily Routine. According To Livestrong.com The Average Child Spends Up To Seven Hours A Day Watching T.V, Surfing The Internet And Playing Video Games Therefore With Kids Inside Playing Video Games Rather Than Playing Outside Exercising And Having A Snack Every Now And Again Child Obesity Is Far More Common. In my opinion technology has definitely changed our lives getting the brick phones from the 20th century and comparing it to the pocket size samsung of the 21st technology has changed and evolved over the years as it will continue to change. In centuries our great grandchildren will probably be able to predict the future technology is changing more than we know it. Technology has impacted on our lives in a huge way it has impacted on me by allowing me to talk to my family overseas and that’s just one of the many things technology can do., -Caitlin Most headphones block out all sounds so you can tune out the world not always the best idea if you're crossing the road though. Yes you may be jamming to your favorite song but you are at the same time block out the sound of cars rushing past. In experience our family friend was walking home from school one day and he had earphones in both ears and it was on full volume so he couldn’t hear a thing. He went to cross the road but was looking at his phone so he didn’t see or hear a car coming. Although the car was going the school zone speed limit, it was enough to send him to the ground and badly break his leg. If the car had been going any faster he might have died. I think that technology has been very helpful for me in school, if I didn’t have my laptop I would not be writing this and that would take me longer to do all my work by hand (using a piece of paper and pen). There is so much technology around that most people use and I don’t use too much technology but when I do like playing games it’s much faster than playing a board game and some games are fun and some are addicting… -Caitlin Caitlin C's Opinion Steve Jobs Sketches Steve Paul Jobs was born on February 24th 1955 in San Francisco, California. Jobs counter cultural lifestyle and philosophy was a product of the time and place of his upbringing. Jobs was adopted at birth in San Francisco, and raised in a hotbed of counterculture, the San Francisco Bay Area during the 1960s After high school,Steve briefly attended Reed College in Portland, Oregon before dropping out in 1972 Jobs co-founded Apple in 1976 to sell Wozniak's Apple personal computer. After leaving Apple, Jobs took a few of its members with him to found NeXT, a computer platform development company specializing in state-of-the-art computers for higher-education and business markets. How Has Technology Affected People's Health Negatively? In This Prezi We Will Reviewing How Technology Has Affected People's Health Please Enjoy. When you are at a restaurant with your family, how many people are on their phones when someone else is talking take my family for example none of us are on devices we are all talking to each other and being social.- Realisation Thank You For Taking The Time To Watch Our Prezi I Hope You Enjoyed.