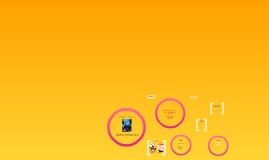 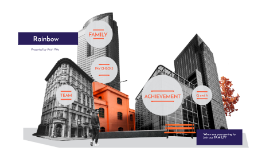 Transcript: Presented by Kristi Pitts When are you coming to join our FAMILY? Rainbow TEAM Douglasville Ga We build Forever Teams!!! Focus and Driven Revolution Region TEAM XL Do you ever have FUN at work? We do at Rainbow!!! PRoverbs 14:23 Team XL Natelie and Jason Events Paid For Awesome Vacays Hotels Stays FAMILY My Family Wanting to Enjoy More Family Time? Enjoy More Vacations with your Loved Ones? Be able to See you Children in School Activities? PROBLEM PROBLEM 01. 02. 03. Never enough money Work becomes your LIFE Never enough Time OFF SOLUTION SOLUTION Making your Own Hours Hard work Pays OFF Rewards for doing your JOB PAY CHECKS PAY SCALE Building Your Team $1250 On Hands Training Monthly Bonus $ 960 25 Hours a MONTH ACHIEVEMENT ACHIEVEMENTS We all enjoy Awards and Prizes for doing our jobs. TESTIMONIALS TESTIMONIAL " Corporate Companys Care about Sales and Numbers more than the Employees. Rainbow cares more about their TEAM than the all American dollar. Q and A Q and A How do I get started on Rainbow? Does it cost to start Can I work Part Time? Weekends Only? Come to a Meet and Greet 7pm on Thursday Night No Fee and Pays Well You put in your own Hours Weekend Work is Perfect Part Time Work Full Time Pay Out 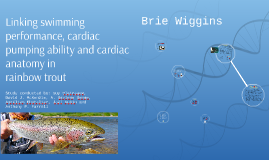 Transcript: To prove that maximum cardiac performance is linked to active metabolic rate and critical swimming speed in Rainbow Trout. In vitro perfused heart studies Performed on 15 good swimmers and 15 bad swimmers A stainless steel input cannula was secured into the sinus venosus through a hepatic vein and perfusion begun immediately with oxygenated saline containing a tonic level of adrenaline The stainless steel output cannula was advanced into the ventral aorta until the tip was in the bulbus arteriosus and tied ﬁrmly in place. In vivo swimming studies Introduction Rainbow trout (Oncorhynchus mykiss) native only to the rivers and lakes of North America, west of the Rocky Mountains Rainbow trout survive on insects, crustaceans, and small fish Average life 4-6 years Study conducted by: Guy Claireaux, David J. McKenzie, A. Gaylene Genge, Aurélien Chatelier, Joël Aubin and Anthony P. Farrell The maximum pumping ability of the heart was assessed by increasing the cardiac output pressure In vivo continued Performed on 6 bad swimmers and 6 good swimmers Fish were anesthetized Ventral aorta was exposed via an incision in the cleithrum, and a Transonic ﬂow probe was placed around it 48 hour calm recovery 4 hour gentle current swimming recovery 6 batches of 100 fish put in circular tank Velocity was slowly raised Fish swam against current until fatigued and fell back against mesh screen The first ten fish to fatigue were deemed bad swimmers and the last ten good swimmers In vitro continued Linking swimming performance, cardiac pumping ability and cardiac anatomy in rainbow trout Conclusion Brie Wiggins Methods All fish were anesthetized and a Passive Integrated Transponder (PIT-tag) was inserted into the peritoneal cavity This procedure was repeated for each batch of 100 fish The resulting 120 ﬁsh were then mixed in two outdoor holding tanks These results provide clear evidence that maximum cardiac performance is linked to active metabolic rate and critical swimming speed. Indicating that a simple screening test can distinguish between rainbow trout with lower active metabolic rate, critical swimming speed, maximal cardiac pumping capacity and a more rounded ventricular morphology 600 juvenile rainbow trout were screened, but only the first and last 60 fish to fatigue were used (good/bad swimmers) 120 juveniles for experiment tunnel respirometers Transonic ﬂow probe Physiological saline Passive Integrated Transponder (PIT-tag) Results Hypothesis Fish were exposed to increasing water velocity until they were determined to be fatigued They determined this by if the fish were no longer able to get off of the screen Oxygen uptake was measured at each velocity interval Arterial blood samples were collected from the DA cannula (and replaced with an equal volume of saline) at swimming speeds of 40 and 80, as well as just prior to fatigue Materials QUESTIONS? Poor swimmers: 27% lower critical swimming 19% lower active metabolic rate 30% lower maximum in vivo cardiac output. 26% lower maximum cardiac output 32% lower maximum cardiac power output at a high afterload "In the present study we exploited inherent individual diversity and reasoned that if cardiac performance is indeed closely linked with swimming performance, then poor swimmers should have poorer cardiac performance than good swimmers." They screened a large group of trout to determine the good swimmers in the population. Yes? Maybe? No?