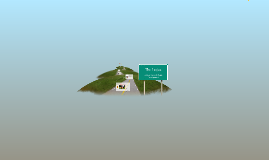 Transcript: Communication Summary Cohesion Summary Amanda Hays: Enforcer/Social Convener Miranda Lopez: Team Mom/Motivator/Mentor Paul: Informant/Director/Non verbal Leader Amanda W: Spark Plug Crisca: Inspiration/Angel Orlando: Distractor/Clown Anthony: Non Verbal Leader/Spark Plug Jenelle: Organizer Austin: Team Player/Enforcer/Spark Plug/Foundation/Support Kelly: Team Player Communication is imparting or exchanging of information or news Allows us to connect with each other We communicate by getting together and strategizing as a team Share ideas, opinions, and conflicts Important for us to establish understanding between each other and be successful "Hand in hand we can and we will" Journey Through Team Development Common Goal Summary L E G O S Roles Summary From the beginning of the semester to its end our group has definitely learned from and grown with each other By combining all aspects learned in the class and doing the activities, we have achieved cohesion and will utilize what we've learned in order to achieve our collective success Cohesion Occurs in the "performing" stage of team development When group members can come together and unite as a whole Members are able to work together and achieve success GOAL! Conflict Summary Critical to our success Driving force that united us and fueled our journey Ensured a clear understanding of success Allowed us to have something to work towards "The carrot is mightier than the stick" Summary ptimistic trength in numbers The Legos Functions assumed by team members Identities that team members adopt to clarify contribution to team Is discussed in the "forming" phase of team development and clarified in "norming" phase Who Are We? rowing together ead by example yes on the prize Occurs when arguments are not resolved Disagreement between people This occurs in the "storming" phase of team development Can be resolved as everyone has clear understanding of roles Our conflict: Finding and organizing meeting times Our resolution: Getting together in person to find times and communicating with each other 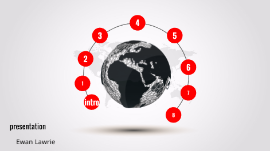 Transcript: Ewan Lawrie presentation art and copy presentation intro Ewan Lawrie What does it take to become an advertiser? How is it more complex than we might have thought before? how has advertising shaped and defined the society we live in today? Advertisers, pioneers of an industry that literally defines mainstream culture 1 creativity 2 #1 Style #2 relate ability #3 influential moral ethics 3 **Super bowl 2020** Shock value Title RIP Mr. Peanut Title - Benefit to the viewer -Benefit to product -benefit to society Benefit Title Billion dollar industry ***Phyllis robertson-Staff of h-grew to huge scale*** 4 -putting on a show -theatrical effect makes it more memorable -longer lasting affect on audience entertainment Title catchy ***Got milk?*** 5 lasted 20 years Title 6 First 5 seconds Likeable **The story behind an advertisement** Story 7 the bottle falls out of an ice bucket onto the street. Different things cause the bottle to be moved and it ends up rolling to a beach were someone picks it up. -consumer appeal -Pathos (emotional) -logos (Statistics) -Ethos (Morality) Appeal Title Emotional Pathos Title Morality Ethos Title Statistics Logos Title dīˈ namik- latin Dynamic Title Many sides “There is a great deal of advertising that is much better than the product" 8 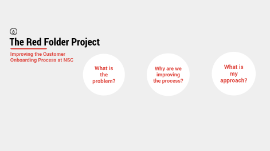 Transcript: Improving the Customer Onboarding Process at NSC The Red Folder Project What is the problem? What is the problem? Why are we improving the process? Why are we improving the process? What is my approach? What is my approach? Preliminary Discovery Document Preliminary Discovery Document Touches on questions such as....... Process Flowchart Process Flowchart Tracking Form Allows for the process to be tracked and steps can be checked off as they are completed. Tracking Form 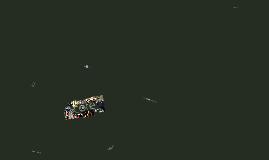 Transcript: Success Expectation Letter 1 -Looking back I know God was whispering to me, even then -Put into words what I kind of already knew The Road So Far -Made me see how God has a path for me -Reminds me now, that I still don't know EXACTLY where I am going in life Time Management -Surprise... -Use throughout the years faith Church Visit -New experience -Surprised at differences -Good food God Is Multilingual -Realised there are differences in worship -God is worshipped in different way, who's to say which is right? identity Meet Your Major -Math minor OUT -Made me feel like I was right MyPlan Personality Assessment -Intovert??? -Surprised at some, and yet not at others. -Put it in front of me culture Life is Beautiful -Beautiful story -Reminds even in the worst of times there is joy -Great bonding time with core Film Analysis/Compare-Contrast Paper -Deeper thinking skills -Made me pay attention more -I know more then I think I do relationships Relationships -Pointed out certain aspects of my life -Certain points to ponder -Got to work with someone that I don't usually have the chance to Success Seminar 6- Pastor Mark VanValin -Pointed out all the things in my past relationships that where wrong -Prepares me for the future -Already used it EXTRAS Purpose Driven Life -Looking back on my past few months -Helped me keep focus Cedar Bend -Got closer to everyone -Confirmed what I already knew Core Friends -Show me what true friends are Awesome PA -Great mentor -Great guide -Great friend Awesome Core leader -Great guide -Great mentor -Great teacher Core "I would like God to really open my eyes to the way my life needs to go..." ~My past, always influences my future 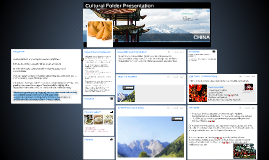 Transcript: influenced by three streams of human thought: Taoism, Confucianism and Buddhism = most social values are derived. The Chinese communist government professes Atheism and restricts religious practise Only government-recognized and approved religious groups can exist officially. Practicing religion is allowed; however declaring allegiance to a foreign authority such as the Pope in Rome is not. In Austria people are free to practise any religion they choose. Nevertheless, Austria is a predominantly Christian country. However many other faiths such as Islam are practised in Austria due to it’s multicultural society. Ethnic minorities have also retained their own traditional festivals. Similarities! Odd numbers are unfortunate – so wedding and birthday gifts are always sent in pairs. 4 sounds similar to the Chinese word for death = unlucky and is used as seldom as possible. During 10 days New Year celebrations nothing should be thrown away (throwing away good luck) White is symbol of death and red symbolizes prosperity and luck (but do not write names in red) 8 is considered the luckiest number; word for prosperity Food is very symbolic (e.g. Noodles are eaten on birthdays to symbolize longevity). many objects have negative associations: Giving cutting utensils as gifts indicate the severing of the relationship. Clocks, handkerchiefs, flowers or straw sandals are associated with funerals and death. like comment share 1) Anything associated with death is unfavorable. 2) Black is a symbol of death and has negative connotations. CHINA Have you eaten? Curiosities Do´s & Don´ts Conflict Resolution Verbal and non-verbal communication Results of Focus Group most important celebration during this time > worlds largest human migration as people return back o their homes ** evil spirits are believed to be dispersed by light and noise** Chinese New Year = Christmas in Austria (very family orientated and are the biggest celebrations of the year) RELIGION Superstitions and Symbolism Dragon Boat Festival Lantern Festival Pure Brightness Day (Qing Ming) Mid-Autumn Festival Chinese New Year (Spring Festival). most useful form of greeting is a nod or a slight bow Chinese lower their eyes slightly as a sign of respect as maintaining eye contact usually makes the person feel uncomfortable. Maintaining eye contact in Austrian culture displays confidence and is vital for making a good first impression. The phrase ‘Have you eaten?’ is used as a more familiar greeting. (This greeting was used in an age of food scarcity to highlight the importance of the other’s health, and is still very common today.) Affectionate greetings (e.g. hugging) are very uncommon and are only used between people very familiar with each other. Exaggerated gestures or using dramatic facial expressions are considered rude and undesirable in Chinese culture. like comment share Superstition & Symbolism MUST DO IN CHINA BETTER NOT DO IN CHINA like comment share like comment share We will talk about ... CULTURAL CELEBRATIONS like comment share ETIQUETTE Cultural Folder Presentation * long history of superstition (grant rewards and prosperity) * less prevalent today, many still maintain heritage and traditions * superstitions in Austria do not influence people’s everyday lives Chinese New Year 5,000 years of culinary history varying greatly between regions The makeup of dishes relates heavily to the idea of Yin and Yang. Yin foods: moist or soft, ‘cooling’ effect and symbolize masculinity. Yang foods: fried, spicy or with red meat are ‘warming’ and symbolize femininity. Education Most important: Interests 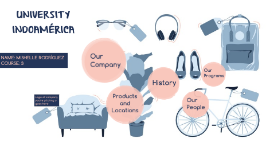 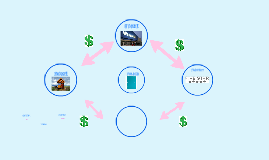 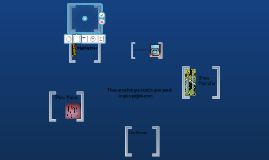 Transcript: Two Pens Highlighter A Pencil Sharpener Two Pencils These are what you need in your pouch to get a perfect score. One Eraser