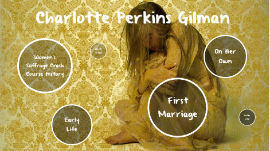 Transcript: Charlotte Perkins Gilman Women's Suffrage Crash Course History Women's Suffrage Crash Course History Women's Suffrage Bad Romance Women's Suffrage Bad Romance Gilman was born on July 3, 1860, in Hartford, Connecticut. Fun fact: She is the great-niece of Harriet Beecher Stowe (the author of Uncle Tom's Cabin). When her mother was told to not have any more children, her father abandoned the family and left them in extreme poverty. Early Life Early Life As a result of their economic state, Gilman's mother moved her family from relative to relative in Rhode Island in order to survive Growing Up Growing Up After her father's departure, Gilman's mother became extremely cold and detatched from her children. She wanted to protect her children from any further suffering by denying them any form of affection. Her rationale was that her children would become self-reliant and emotionally independent. Cold-Hearted Cold-Hearted Lacking a mother's affection as well as a father, Gilman tried to overcome her lonliness at the public library and spent much of her time studying. She focused mostly on ancient civilizations and philosophy and historical development. As she had a limited formal education, she was mostly self-educated. Education Education Gilman supported herself financially by being a tutor and a trade card artist. In 1883, she published her first works of writing by sending her poems and articles to a variety of journals. During this time, Charles Walter Stetson--a handsome aspiring artist--courted her intensely. By 1884, she consented to marry him. First Marriage First Marriage Three months into their marriage, Gilman learned that she was pregnant. During this time, she began to suffer from depression. After the birth of her daughter--Katharine--Gilman became so overwhelmed with depression that she sought medical help. She saw Dr. Silas Weir Mitchell who favored the rest cure as a treatment for nervous disorders. Motherhood Motherhood The rest cure usually lasted six to eight weeks. It involved isolation from friends and family (potential toxic social atmospheres). Patients were put on a fatty, milk-based diet and force-fed if necessary. The cure also enforced bed rest, so the patients were reduced to the dependency of an infant. Nurses cleaned them, fed them, and turned them over to avoid bedsores. Doctors used massage and electrotherapy to maintain muscle tone. In some cases, patients were prohibited from talking, reading, writing, and even sewing. Later, feminists scholars argued that this cure reinforced an archaic and oppresive notion that women should submit to male authority--unquestionably--because it was good for their health. The Rest Cure The Rest Cure In 1888, Gilman separated from her husband and moved to California. In 1894, they got divorced, and Gilman sent her daughter to be raised by Stetson and his new wife. The End of a Marriage The End of a Marriage During her time in California, she became extremely involved and active in social reform--particularly with the suffrage movement. She published her first volume of poems--In This World--in 1893, which brought her public recognition. Her other book, Women and Economics, won her international recognition in 1898. On Her Own On Her Own After the death of her mother, Gilman returned to the East Coast and married her first cousin, Houghton Gilman, in 1900. This marriage was more successful than her first, and she continued to wrire numerous works. Later Life Later Life Gilman was diagnosed with incurable breast cancer in 1932; and in 1934, her husband died suddenly. After her husband's death, she moved back to California to be closer to her daughter. However, in 1935, Gilman committed suicide by overdosing on chloroform stating, in her suicide note that she "chose chloroform over cancer." Her Death Her Death “WikiVisually.com.” Charlotte Anna Perkins Stetson Gilman - WikiVisually, wikivisually.com/wiki/Charlotte_Anna_Perkins_Stetson_Gilman. “Science Museum. Brought to Life: Exploring the History of Medicine.” Rest Cure, broughttolife.sciencemuseum.org.uk/broughttolife/techniques/restcure. Works Cited Works Cited 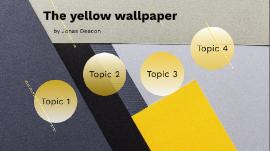 Transcript: by Jonas Deacon The yellow wallpaper How were women treated by men and society during the Victorian Age 1 Subtopic 1 During this time period women did not have the same rights as men they were treated as if they were not people but were caretakers. They had very little say in the way people could do anything. there education was set up for women at time it was a knowledge of language and and the fine arts. There jobs per say during the time was to take care of the house make sure everything was done and educate the children. Pictures Pictures What was societies perception of women at the time 2 subtopic 1 during this time women were perceived as Topic 3 Topic 3 Topic 4 Topic 4 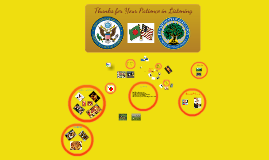 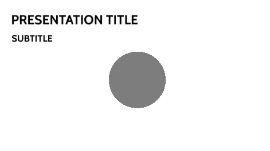