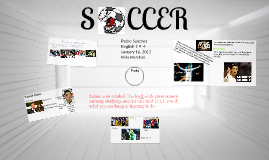 Transcript: Lionel Messi: Players aren’t the only ones paid, the clubs they play for also get money, but for buying and selling players. Cristiano maybe the most paid, but he is also the most expensive player. In 2009, Manchester United sold Cristiano to Real Madrid for $132 million. Amazing footwork and agility Support -PELE currently best in the world Being the most viewed sport in the world today; soccer has become a popular modern sport full of talented athletes, fans, and money. Fans Pedro Sanchez English 2 P. 4 January 16, 2012 Miss Marshall 91 goals in 2012 MONEY$$$ S CCER Finally Some fun with soccer Soccer players are not the most paid athletes in the world, but they do make a lot of money. Amazing speed and agility Also does modeling and has his own clothing line called Cr7 Motivation Talented Athletes Success is no accident. It is hard work, perseverance, learning, studying, sacrifice and most of all, love of what you are doing or learning to do. The yearly salary of a soccer player in the Major League Soccer (MLS) of the U.S. ranges from about $80,000-$90,000. Second best in the world Cristiano Ronaldo: Pretty dumb fans too 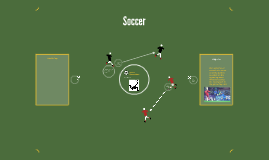 Transcript: There is two team with eleven players including goalie and they compete against each other. Goalie is the only player that could use hand in the game If other player uses hand to play soccer they get a card and the other team either get a free kick or a penalty. The game is monitored by three ref one in the middle and his two assistant that are on the each sides of the field. If a player gets a red card by fouling the player he would get kicked out of the game and he couldn't play the next game. Basic Information Soccer Presentation What do you guys know about soccer? The objective of soccer is to score as many goal as possible on the opposing team. Whoever scores the most goals in the game they win. Objective By: Atit Shahi Soccer is most popular sport in the whole wide world. It is estimated that there is about 3.5 billion fans around the world USA, Australia, South Africa and Canada are the only countries that says soccer instead of football Soccer Soccer originated from England but there is evidence of soccer being played in china during 2nd and 3rd centuries BC The first soccer ball that was made was built with animal skin in sphere shape and in 1855 a guy name Charles Goodyear designed and built the first rubber soccer ball. History Rules World Cup 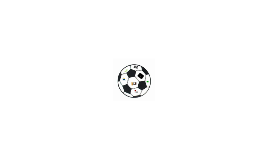 Transcript: Soccer is said to the most popular sport in the world To play soccer you will need 11 players on each team. Each team should have different jerseys and one goaly. The World Cup is like a big tournament that is played every 4 years. It takes three years of qualifying to get into the World Cup. The winning team gets to keep a trophy. the trophy has changed once and will change again in 2038. Soccer The game of soccer in medeviltimes would get very violent with punching and kicking. There is forward, midfield,sweeper, stoper, defense, and goaly. To be able to play soccer you would need cleats, shinguard's, socks, and a uniform. Fédération Internationale de Football Association 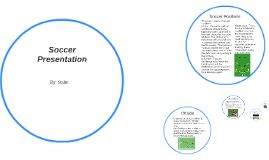 Transcript: In soccer, an offside is when a player that is in the Offside position, cannot contribute to the play. An offside position is when a player is closer to the opponent's goal line than the ball and the second-to-last player. There are 4 types of soccer positions: Striker- The person who is positioned closest to the opposing team's goal and is the main scorer for the team. Midfield- The Midfielder is the person who is positioned in between the Strikers and the Defenders. Their job is to maintain control of the ball, by taking taking the ball from the defenders and passing to the Strikers. Defender- They are positioned in between the Goalkeeper and the Midfielders and their job is to prevent the opposing team from scoring a goal. Goalkeeper- This is the most defensive position in soccer, the Goalkeeper's main job is to do anything they can to stop the opposing team from scoring, these means both using legs and arms. Soccer Presentation Goal Kick By: Saint Penalty Kick To get a Direct Free Kick, you have to kick or attempt to kick an opponent. Penalty Kick- when you do the same thing as above but inside the penalty area. Indirect Free Kick- If a goalkeeper takes more than 4 steps while controlling the ball with his hands. Yellow Card- A caution if a player does any of the things above. Red Card- 2 yellow cards or doing guilty or foul play or violent conduct. Soccer Fouls A goal kick is when the opposing team kicks the ball out on the line next to the goal on the opposing side. Or when the Goalkeeper gets the ball from an attacker. Offside Soccer Positions A penalty kick is a direct free kick 11 meters away from the goal. You get a penalty kick when you commit a foul that would gain a direct free kick but inside your own penalty area 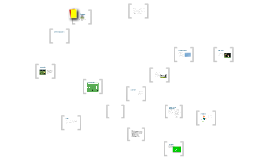 Transcript: Red card: the player must leave the field and he can’t play the next game. When a defender slides on the ground and kick the ball away from the player. portero - goalkeeper se fue - the ball went out mano - handball (literally means "hand") empujon - push pelota - ball mediocampista - midfielder defensor - defender cruze - cross cabezazo - header Soccer Rules Corner kick is when the ball goes out of bounds over the end line and was last touched by the defending team. Fuera de lugar – offsides tiro de esquina - corner kick tiro libre - free kick falta - foul penal - penalty lateral - throw in saque del arco - goal kick delantero - forward Yellow card: indicates caution. A player who receives 2 Yellow Cards is given a Red Card. Soccer Soccer Rules and H istory Spanish Words for Playing Soccer Cards Penalty kick A goal is scored when the whole of the ball passes over the goal line, between the goalposts and under the crossbar, provided that no faults has been committed previously by the team scoring the goal. The team scoring the greater number of goals during the match is the winner. If both team are tied at the end of regulation, the match will be recorded as a tie during regular the regular season. The Rules of Soccer A. goalkeeper B. left fullback C. right fullback D. center back E. left back F. right back G. left midfield H. right midfield I. left forward J. center forward K. right forward There are 11 players for each team. All players wear shin guards to in order to protect their shins. The goalkeeper is the only player who can get the ball with his hands. Toque - pass it back Hay que bajar or baja - guys we need to get downfield and defend more or specifically you need to go help out downfield. Dos - when two teamates are running towards a loose ball and one needs to ease off so as to avoid a mishaps. Centro - cross it in Solo - no pressure is on you so go ahead and shoot it or dribble it upfield ¡Te llegan! - man on! Calmado - don't rush your passing or dribbling Tiro- shoot it Marca - defend your nearest or assigned oppenent Entrale - tackle your opponent now or apply pressure Pásame la pelota – pass me the ball Slide Tackle Penalty Kick is when a player commits any foul within his own Penalty box. Corner kick The Players Mesoamerican civilizations also devised a game played with rubber balls, which resembled a combination between soccer, basketball and volleyball. The game involved two teams, playing in a sort of basin dug below ground level, with baskets strapped in several locations on the side walls. The teams would then have to kick the ball towards these baskets, and score a goal. Soccer in Europe (cont.) The Soccer Field