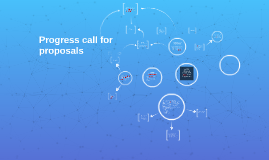 Transcript: Developing innovative approaches in the provision of social services could also boost the EU's employment and job creation The opportunities of Job creation in the social service sector are important due to the development of new needs driven by: demographic changes economical and social consequences of the crisis growing inequalities technological development changing social patterns Health and social Service of the EU Employment and Social Situation Quarterly review: social and health service continued to gnerate on third of the new jobs between 2000 and 2011 and that the sector was growing even during the crisi The Commission Comunictaion : "Implementing the Community Lisbon Programme: Social service of general interest in the European Union" (COM 2006) identifide two main categories of services Services can be provided by public as well as private organizations: social enterprises and NGO. Other actors such as the work integration social enterprises (WISE) have a double function of providing social services to the community and to integrated low-skilled workers into the labour market. LONG TERM CARE Challenges and opportunities vertical integration Policy backgropund Horizontal integration Access to LTC might be restricted by many kinds of barriers: lack of insurance coverage lack of coverage/provision of certain types of care high individual financial care costs geographical disparities in supply Vertical Integration integrated services are likely: to promote continuous care, avoid duplication and gaps in the delivery and reduce waiting times. to facilitate information and knowledge sharing between professionals who play a role in identifying the needs and the adequate responses to improve the responses to complex needs and would better serve citizens, especially the population in nedd of priority services such as homeless Financial Impact Integration of services refers to different approaches in order to enhance outcome s for service users Important is the coordination between different public bodies but also ensure proper partnerships with the private (profit and non profit) brings together previously separated social services User's perspective Integrated approaches to service delivery can improve effectiveness and efficiency of service delivery: from a user's perspective from a financial perspectiv e call for proposals VP/2014/008 EaSI 2014 Progress axis In the EU the most commonly reported reason for "unmet healthcare needs" is that the usage of healthcare services was considered too expensive. The financial and economic crisis il likely to have affected health care services in two ways: 1) it has increased demand for certain healthcare services 2) Financing has come under pressure, in particular as a result of reduced public budgets, in combination with decreased income levels among service users integrated service delivery il likely: to reduce administrative burden of delivering support as multiple visits Services provided directly to the persons social assistance service employment and training services housing suppport and social housing childcare long-term care services heathcare Horizonatal integration HEALTH CARE Ensuring coherence between the benefits and the provision of social services ramains a challenge as they are oftem organised and financed through different channels. Multi-level-governace Insufficient and unequal access to CC is the result from various obstacles CHILDCARE Social Investement Package (SIP) February 2013 Voluntary European quality Framework for Social Services 8/10/2010 Progress call for proposals The Staff Working Document (SWD) on active inclusion, wich is part of the SIP has identified that access to social services needs improvement in the Member States. Some Member States have reported increased access to employment and training, mainly linked to a stronger use of activation measures, but have not increased access and coverage for: childcare healthcare housing long term care stronger coordination between different levels of governement 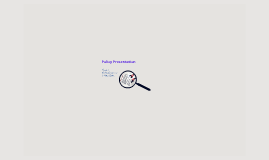 Transcript: "Overtime will be distributed based upon ability to do the job, seniority, and availability, by location" "Employees shall have the obligation to work any overtime hours which have been scheduled by the employer." "The employer agrees to post a work schedule for the following work week by 3:00 pm each Tuesday. This shall provide a 7 day notice. This provision shall apply to known and foreseeable catering events..." Yvonne's Grievance Local 23 UFCW CBA: Policy Presentation The Agreement should change the language of the contract for employees to better understand Include the definition and policy for "immediate fill" The Union should review filed grievances and advise employees on how to strengthen their claim Union should help Yvonne collect better evidence Perhaps there was a better approach If this case can't be won, Union should help encourage a compromise Yvonne filed a grievance against Parkhurst in violation of the CBA The agreement stated "The Employer will give the affected employees notice of such overtime as far in advance as possible which in most cases will be as soon as the Employer has received such notice from the client." The Union supported her claim but did not have evidence to prove it Parkhurst refused to retract its actions against Yvonne She has the ability to appeal Protection of Union Members Case: Before current position, was a baker for 15 years She currently has the most seniority Hours of Work: Group 1: Ashley Longstreth & Gilah Salas Do you agree that the language of the CBA was not specific enough? Do you think the head chef should be held accountable for favoring non-union members? Could Yvonne still win her case? Yvonne, an employee of Parkhurst Dining Services, customer relations representative Has held current position for 10 years Under a collective bargaining agreement Member of the Local 23 UFCW since 1993 Recommendations Yvonne works overtime in the Bakery Parkhurst hired a non-union chef to run the kitchen and bakery The Chef has expressed anti-union views In September, an alumni event required a number of baked goods which would require overtime Company procedure of posting overtime hours is by seniority On Wednesday, before the event, the position was deemed an "immediate fill" Hours were granted to a non-union employee Yvonne filed a grievance with the union, and was denied due to the language of the contract Questions Employee Profile: A company must be fully aware of the protection of unionized members within their organization. National Labor Relations Board: Forbids employers from interfering with the rights of exercising organized labor. Promising benefits to employees to discourage their union support. Assigning employees more difficult work tasks, or otherwise punishing employees because they engaged in union or protected concerted activity 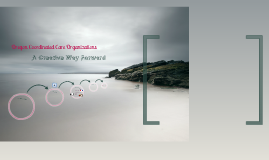