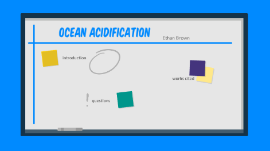 Transcript: Ethan Brown ocean acidification Ocean acidification is the possess by which carbon dioxide is dissolved into the ocean decreasing the pH of ocean water. Ocean life all over the globe is suffering because of this, think of the dying great barrier reef. Introduction introduction questions questions Many organisms on earth release CO2 as a byproduct of respiration. CO2 is also produced by man made things like cars, and power plants. How do organisms on Earth produce CO2? HOW and WHY does this CO2 get absorbed into our oceans? What changes does our oceans undergo because it absorbs excess amounts of CO2? What is the carbon cycle? What effect does CO2 in our oceans have on pH? How does the addition of CO2 disrupt the ocean’s equilibrium? works cited https://www.pmel.noaa.gov/co2/story/What+is+Ocean+Acidification%3F works cited 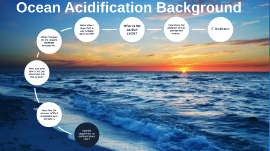 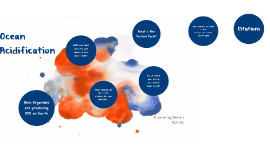