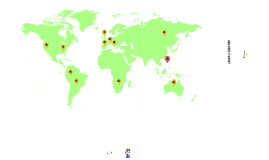 Transcript: We got you covered But wait. There's more! First to book 150 million worth of loans How does it work? Target: 22 million worth of home loans The Result... Trip to Palawan We will match the loan referral you get from the bank! Sign up now and get ready for an experience of a lifetime! Korea So what are you waiting for? All trips are good for two and inclusive of airfare, transfers, hotel and package tour. Loan applications sent and approved through mint on or before July 31 entitle you to any of the following... Target: 45 million worth of home loans We place you in a position to drive your business forward Evaluation Documentation Europe and get to go on an exciting holiday vacation! Application Banks Consultation Approval You are happy Buyer is happy Loan Takeout Sellers Get your loan applications approved through Seller is happy Developers Buyers and because you send your loan applications to 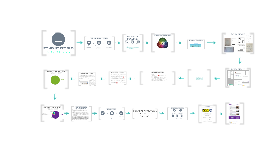 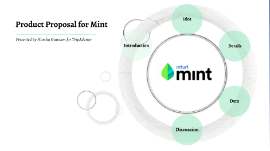 Transcript: Presented by Harsha Gunnam for TripAdvisor Product Proposal for Mint Introduction Introduction to mint Mint is a free web based personal financial management service. It brings together everything from balances and bills to credit scores and more Users can link everything from their bank accounts to 401ks and organize all their finances from one place The problem with mint Idea While mint is very good at organizing everything, it lacks the ability to provide good insights/advice The investments & loans sections are also severly lacking without even some basic guidance features Solution This limitation can be address by adding the capability to provide insights and advice based on the users' financial situation and data The advice capability will give users the ability to understand their personal financial situation and provide guidance on how to improve it The capability will operate by analyzing users' data without sharing or storing it (thereby protecting privacy) by using preprogrammed algorithms and decision science methodologies The outcomes of the analysis can be layered with industry wide insights to present users with individually catered specific advice in an easily digestible format Solution Use-cases Use-Cases The potential for this capability is vast If users are investing in stocks or 401k, the advice can include alerts or information on analyst upgrades/downgrades, earnings, similar stocks' performance, alternative funds If users have a goal to achieve, the insights can suggest things such as cutting back on some budgets to reach the goal faster The guide can suggest ways to improve credit scores The advice can include ways to pay off loans faster, etc. How it will help This capability would position mint not just as a personal financial organizer but also as a personal financial guide It will become a multi-purpose and highly useful financial tool for consumers from a single-purpose financial organizer How this will help the business Monetizing This capability can be monetized and will provide ways to get more revenue When investment advice is given, alternate brokerage accounts can be advertised When loan advice is provided, options can be pushed for refinancing loans through different banks When goals are added for things like buying a car, car loan programs can be marketed along with pushing for an accelerated timeline The extra advice can even be offered as a paid subscription tool Monetization Product Details Details My vision of the idea would be to establish a separate advice section with callouts to that section on the homepage Flow Product Flow Mockups Current UI/UX Product Mockups Mobile Future mobile UI/UX New advice module in overview linked to dedicated advice section Dedicated advice section Advice from different sections Links to detailed insights and ads Detailed advice Advertising Desktop Future desktop UI/UX - Advice module on homepage New advice module in overview linked to dedicated advice section Desktop (contd.) Future desktop UI/UX - Dedicated advice section Dedicated advice section Advice from different sections Links to detailed insights and ads Desktop (contd.) Future desktop UI/UX - Detailed advice with advertising Detailed advice Advertising What to measure? Data This idea was developed based on my vision of how mint can be optimized. Assumptions were made that this capability will he highly useful based on my vision and how the data may have been Data should be collected both before developing the capability and after not only to validate the success of it but also to understand how users are consuming this information Before Metrics for validation of success Engagement rate User acquisition rate User attrition rate Satisfaction (NPS) score Metrics for guiding design decisions % of users with linked investments, loans, goals setup % of users consuming the blog content; % of those users with accounts SEO queries before landing on website Before After Validation metrics should be evaluated - is there an increase? Additionally, other data points should be monitored % of users consuming the advice - clicks, scrolling, attention % of clicks on affiliate links; subsequent revenue from those ad placements % of users acquired after reading use-cases of the new capabilities SEO rankings due to the new content Traffic due to the potential improvement in SEO rankings Average time on pages After Discussion Thank You 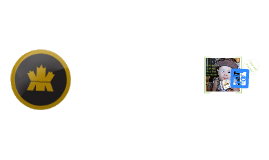 Transcript: How will it work? How do you celebrate life's best moments? The Royal Canadian Mint