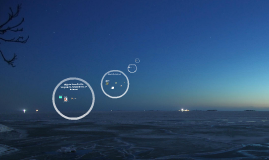 Transcript: The End The windows show hemispheres, the cylinders are the on the sides of the buildings, and the cones are on top of the cylinders. Graph paper has 4-fold rotational symmetry A pictorial representation of a linear pair that is NOT in a textbook 3 Undefined Terms in Geometry A familiar object that has 4-fold rotational symmetry A Unique Creation that Explains the Definition of Collinear The ice-cream scooper acts as a hemisphere. Collinear- points that are on the same line. The nails are both evenly on the white shelf, which makes them collinear. An object from the physical education department has rotational symmetry but not reflectional symmetry A linear pair- Two angles that have the sum of 180 degrees. Three things that I saw that can called geometric: The checkers board could be called a graph. The gazebo could be called a geometric shape. The walkway could be called parallel lines. The cones placed together show rotation symmerty but not reflectional symmetry. Objects From Home Objects From Books, Magazines, Newspapers, or Internet An Illustration of Adjacent Angles Newtons balls use geometry by using the placement wire that holds the spheres up as collinear points. A Cooking Utensil that has a Hemisphere A signed explanation from a non-mathematics teacher how she/he has used mathematics Adjacent angles- Angles that share a side. The cans of soup act as cylinders. The windows act as the quadrilaterals. A mechanic uses deductive reasoning once a day to figure out where a problem is in a car when he makes a repair A 2D Object that has Rotational Symmetry but not Reflectional Symmetry A building whose design includes unique types of quadrilaterals Objects From School Color photo showing a triangle, a rectangle, a trapezoid, and a circle A sketch or photo whose design includes a cylinder, a hemisphere, and a cone A job description of someone who uses deductive reasoning and how frequently that particular type of reasoning is necessary in that job An example of vertical angles Vertical angles- Angles that are across from each other A brochure from an art museum And advertisement showing a cylinder A tool or device from the science department that uses geometry A Pair of Octahedral Dice How Mrs. Bottoms uses mathematics The picture frame has rotational symmetry but not reflectional symmetry. These telephone lines give multiple exmples of parallel lines with a transversal A cartoon about geometry Objects From the Community A example of parallel lines with a transversal 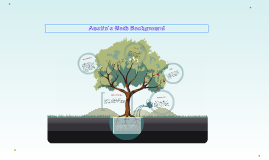 Transcript: Math Roots Here we are! Senior year in AQR as a 5th year math credit. I didn't want to end up with calculus so I decided to do this course just so I'm not rusty for college next year. My Sophomore year I took Algebra II with Mr. Moore. To me, it was basically Algebra I just more in depth. There was a lot of seniors in that class so I felt competition to do better than them, when I usually did. Technicality Done My junior year I took PreAp PreCalculus with the Stove (Mrs. Stover). There was only 12 kids in that class so it was very hands on and we had the opportunity to spend more time on one subject if we needed to. This was technically my last math credit but I wanted to do one more. Here I Am Freshman year in high school I took Pre-Ap Geometry with Mr.Moore. Geometry was easy since it was all shapes and you always had a formula. It helped that he was an awesome teacher. Results Climbing the Branches Austin's Math Background Moving on up! 8th Grade: Algebra 1 with Mrs. Menken I really don't remember a lot except it was fairly easy. I took the course so I could graduate with 5 years of math instead of 4. Algebra is easy for me since every year of high school has involved basic algebra and the basic algebra rules. Well that's about it for me and my math history! I plan on attending either Abilene Christian University or Lubbock Christian University in the fall of 2014 and majoring in Kinesiology. 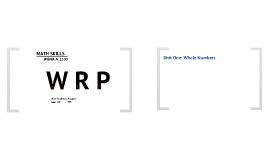