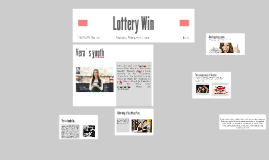 Transcript: One day girl was borning on name Vera. She was from poor family. Parents didnt`t have money to her education. Therefore she leaving school, went to work by waitress in caffe Sunset. Cook Jack worked with her. They were unseparable from the childhood. ЕThe consequences of the prize Vera began to drink and to accept antidepressants. Then she sat down to drugs. Struggle with drugs was long. Friends turned away from it and she became lonely. Once Jack decided to visit her. But, seeing her in such condition, brought at once to hospital. A lot of money and went out almost six months to her treatment. When Anna woke up, Jack said it : “Do not suffer, dear, long nose - aristocrat's pride” But then Vera understood “who made who”. Vera decided to return to Jack. He was to it glad. To residues of money she repurchased cafe and named him "Winning Ticket" Vera received people many letters of with request to help them by the money and she got a lot of attention from the press .The mum of sickened boy by cancer asked her to send money to his treatment. And Vera helped, because knew, what is stalemate. Vera began to abuse spirits. But to cafe she met charming guy. To it was good with him, because he was clever, is beautiful, eloquent. She spent a whole condition to it , but he threw Anna, saying it that it has a long nose. After that at Anna complexes began. Monday, February 17, 2014 $1.25 Returning of lascivious Vera... And happiness came... Vera`s yuoth The life of Vera changed, when to it happy lottery ticket was got. She won prize to million and a quarter of pounds Vera-alcoholic... Vol XCIII, No. 311 Lottery Win 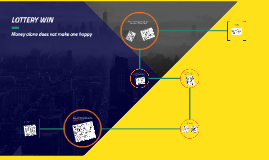 Transcript: Once Vera desited try her luck and boght lottery ticket and it was surprised she hit the jacpot, 1 250 000 $. But after all Vera back to Jack and on all on the last of the money Vera bought a "Sunset Cafe" and had it decorated and upgraded. THE END Money alone does not make one happy Vera shopped for him everything he`s ever asked for. But he still left girl.After that she into a deep depression. She started drinking alcohol and take antidepressants. the Sunset Cafe. Vera and Jack were childhood sweethearts who worked as waitress and cook in Media know about that. Scores of newspaper tried to get an interview. She`d get letters requesting assistance. Vera started going on a rich banquet where she met heartthrob is Ted. Met him seems like a sweet guy and so began brief affair. Then they renamed a cafe and science then it name "Winning Ticket". LOTTERY WIN 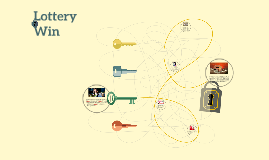 Transcript: There was once a girl named Vera Binks who worked in caffe. She was very poor and she need to work as a waitress in a café. She was well-wishing and fair. One day she bought a lottery ticket. She does not rely on luck. Suddenly she won $1,250,000 jackpot. She was on cloud nine! Reporters asked an interview with Vera. Nobody won the jackpot. It was a surprise not only for the Vera but also for other people. Girl's life has changed significantly. Vera began to buy expensive dresses and go to parties. Once at a party she met a respectable and rich man. He was so charming, that Vera immediately fell in love with him. It was the first man who told her a compliment. But then she saw him with another girl. It was a tall brown-haired woman with big black eyes. Vera being heartbroken. After a couple of days girl took himself in hand. She decided run away from problem and to open their own cafe. She had not think that there met her future husband. It was cook by the name Joseph. They were on the same wave. He was not so beautiful and rich as the man from the party, but he loved Vera. He always helped her and supported. Thank you! In the end Vera understood «It is never too late to fall in love. A life without it is like a sunless garden when the flowers are dead » Lottery Win 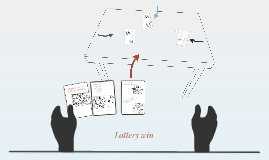 Transcript: She went back to see Jack. He was to make a fresh start. She received hundreds of begging letters. She got a lot of attention from the press . And as in all good fairy tales, this story had a happy ending. Vera and Jack are happy to be working together again. Vera and Jack were childhood sweethearts . Vera bought the cafe and they had it delighted. He flirted with her and flattered her. But ,things changed when Vera won a million and quarter pounds. When her new lover left her she was heartbroken. She started going to cocktail parties and fell for a handsome and wealthy man. But when they met, they realized that they could not live without each other. She started to drink alcohol and take anti-depressants. The End But one day he met another girl and left Vera. Lottery win She spent a fortune on designer clothes and beauty decorated . 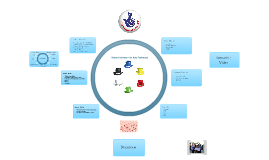 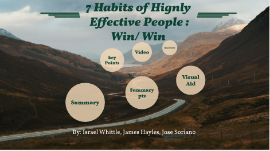 Transcript: By: Israel Whittle, James Hayles, Jose Soriano 7 Habits of Hignly Effective People : Win/ Win Summary Summary In our society competition is carried over from sports as a child, to even business as an adult. They’re all forms of war which goes into a senseless cycle When a society collaborates instead of compete then we can finally build something that is 10 times as large. When you’re in business and you collaborate with you cohorts, they trust you enough to give you the reins, knowing you Will take whatever’s give to you and double it for both of you. Summary pt2 Summary pt2 Instead of competing for internships, to take the position you’re given and double or triple the opportunity to Build rapport is key to winning worthwhile alliances that truly have trust unbuilt on finance. In a western world where people are used to tear each other down, convinced there are losers when there are winners. Realizing there is abundance is the key to multiplying loaves of fish and bread Visual Aid Visual Aid key Points key Points Avoid selfishness Have self-Discipline and self-Awareness Build relationships on trust Have integrity Work towards mutual benefit Video Video Questions Questions If an investor gives you money and you give them back a part of your business, is that a win/win? True/ False When a corporation gives year up money for interns and interns get hired is that a win/win? True/False When a snail dies and a hermit crab takes over its shell as a new home it’s an example of win/win?True/False 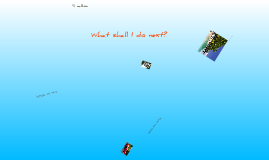 Transcript: 5 million First the house Then the holiday Then the car!! What shall I do next? 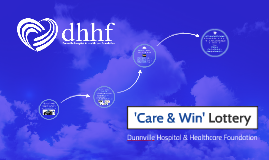