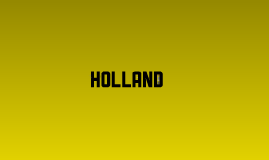 Transcript: Holland missionary But God commendeth his love toward us, in that, while we were yet sinners, Christ died for us. Romans 5:8 For all have sinned, and come short of the glory of God; Romans 3:23 For God so loved the world, that he gave his only begotten Son, that whosoever believeth in him should not perish, but have everlasting life. John 3:16 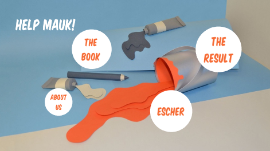 Transcript: Help mauk! About us About us Who are we? The book The book What is it about? The story M.C. Escher Escher The final result! the result 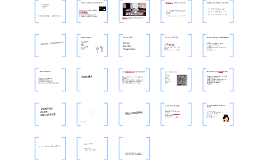 Transcript: Emotional Anxiety Anger Depression Suicide Educational Physical Legal Online Postings Social Media Texting Photos Online activities Search engines Websites Purchases Digital Footprint Who’s Looking At YOUR STUFF ? How do YOU use technology? How do YOU treat others online? How do YOU use the “Like” button? What Are We Trying To Prevent? Protecting Yourself Online Respond appropriately or not at all Avoid passing it on Avoid encouraging others to do it Avoid ganging up on others Stand together against it Report it Protect YOUR Cypress Ranch, TX High School Anti-Bullying Lip Dub Project Dangers from online predators? Cyberbullying? Privacy issues? Viewing inappropriate sites? Sending inappropriate images? Sending Inappropriate Pics or Texts? Teens often refer to online issues as DRAMA Drama involves relational aggression Teens see bully victims as weak or other “stereotypical” individuals TrendMicro –2011 What’s Your Story Winner “Where Are You” Secure YOUR 3 P’s Insert Agency/Logo/Presenter’s Name Good at tricking people Ask questions about sex Ask you to keep secrets Use your pics or videos against you Insert Agency Name/Logo or Presenter’s Name/Contact Info Online Predators Name Identity Reputation TrendMicro – Where Are You? Is it Cyberbullying or Online Drama? Responding To Cyberbullying Digital Responsibility POSITIVE PEER INFLUENCE Scars of Digital Abuse Be Safe Online PROTECT WHAT YOU OWN! Digital Citizenship/Leadership HOW CAN YOU INFLUENCE OTHERS? Was this MY idea? Where will this picture/text end up? Were others asked too? Will it be forwarded? Can I get it back? Decide before asked! BELONGING “I will not pretend that there are no consequences to saying something offensive” “I will treat you the same in person” PERSONAL RESPONSIBILITY Passwords Phone Passcodes Personal Information Impersonation & Identity Theft Privacy Know who you’re sharing with DRAMA Treat others fairly Remember the Golden Rule? Inclusion Exclusion can = cyberbullying Respect others Asking for naked pics isn’t respect Parents Teachers - Principals - Coaches Colleges and Universities Employers People you don’t like or don’t like you Strangers Online Predators 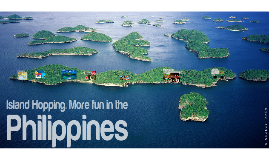 Transcript: 7,100 islands only 1/3 of these islands have people living on them Music: Speaking of Culture.. Hundreds of species of birds live in the Philippines, either for all or part of the year, including peacocks, doves, parrots, The endangered Philippine eagle, which eats monkeys. We are a big melting pot of different cultures China, Japan, Spain, Malaysia etc. Celebrate multiple festivals, mostly based on celebrating saints Sample routine: - We will be teaching you one of the most common cultural dances from the Philippines - Tinikling dance! Plants and Animals! No 4 Seasons! Only rainy season and dry season Geography Lets try it! The Philippines are inhabited by more than 200 species of mammals, including monkeys, squirrels, lemurs, mice, pangolins, chevrotains, mongooses, civet cats, and red and brown deer, among others. - The dance includes pairs of bamboo sticks that are held by two people known as the clappers while 2 people dance on op of the sticks - The bamboo poles are used as a percussive instrument that is accompanied by Rondalla music - The dance imitates the movement of rail birds as they walk between grass stems, run over tree branches or dodge bamboo traps set by the rice farmers - Dancers imitate the Tikling birds legendary grace and speed by skillfully maneuvering between the large bamboo poles - Some Background Rich in Culture! Only slightly larger than the state of Arizona! CAPITAL: Manila POPULATION: 107,668,231 OFFICIAL LANGUAGE: Filipino (based on Tagalog), English MONEY: Philippine peso Where is the Philippines? The islands are home to many species of flowering plants and ferns, including hundreds of species of orchids