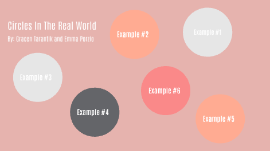 Transcript: Circles In The Real World By: Gracen Tarantik and Emma Porzio Construction Example #1 ~construction is one of the major ways that circles are used in real life ~circle designs are used in multiple buildings and structures all around the world ~architects use the formulas for circumference (2pi*r) and area (pi*r^2) of a circle to map out their ideas on blueprints ~circles are also constructed in most of our homes ~archways in some older homes are constructed from semi circles which are half a circle ~the builders have to know the formulas for the semicircles area (pi*r^2/2) and the lengths of the minor and major arcs (m/360=L/2pi*r) included https://www.google.com/search?q=circles+in https://www.google.com/search?q=circles+in Video Games Example #2 ~Video Game Creators often use geometrical concepts like circles ~they use circles to set boundaries for the characters to navigate ~use circles concepts to convert ideas from 2 dimensional to 3 dimensional ~The Tangent Theorem (If a line is tangent to a circle, then the line is perpendicular to a radius of the circle drawn to the point of tangency) can be applied through creating video game models of a character ~patterns in video games are based off of geometric shapes such as circles ~Programmers of video games start with basic outlines of their object and then start adding in shapes like circles to give a 3D look http://www.mathworksheetscenter.com/mathtips/videogamemath.html https://www.google.com/search?q=circles+in+video https://www.google.com/search?q=tangent Astronomy Example #3 ~When measuring the Earth orbit around the sun, they used geometric concepts such as circumference ~An Hour Circle in astronomy is any great circle that determines the location of any celestial object ~The Hour Circle passes through the object at one point ~The Hour Circle is perpendicular to the celestial equator ~The Hour Circle relates to the concept of arcs because in order to find the distance of the object, you must use the formula (m/360=l/2pi*r) https://www.britannica.com/science/hour-circle https://www.google.com/search?q=hour+circle+in https://www.google.com/search?q=celestial Geography Example #4 ~circles can be used in geography for finding a specific area on the globe ~a great circle is known to geographers as any circle drawn on a sphere with a center that includes the center of the globe ~a great circle divides the globe into two halves (both semi circles) the western and the eastern hemisphere ~Great Circles follow the circumference (2pi*r) of the world and are 40,000 kilometers along the meridians ~Great circles represent the shortest distance between two points on a surface ~Great circles are very important in navigation and have been for hundreds of years and were discovered by ancient mathematicians https://www.thoughtco.com/great-circles-on-maps-1435688 https://www.google.com/search?q=define+great+circle+in https://www.google.com/search? Transportation Example #5 ~circles have been used in transportation ever sense wheels were created ~tires, plane wheels, train wheels, and even carriage wheels were all made with the math behind circles ~the creators had to use circumference (pi*2r) and area (pi*r^2) to figure out the exact dimensions ~circles are also used in certain road designs like roundabouts where the circle formulas are also used to calculate how long it is ~circles were apart of one of the most important inventions ever created because without them we wouldn't be able to travel easily like we can now https://www.reference.com/world-view/circles-used-real-life-5a9cee1968769425 https://www.google.com/search?q=tire&tbm=isch&ved=2ahUKEwj2lKH35tbpAhWJNd8KHUbhAQ0Q2 https://www.google.com/search?q=carriage+wheels&safe=strict&source=lnms&tbm=isch&sa Animation Example #6 ~In order to become an Animator, it is crucial that you have taken the following math courses: College Algebra, Trigonometry, Geometry, Calculus I and II, Linear Algebra ~Being an expert in geometry allows the animator to find unknowns from a simple set of equations ~They work out aspects of geometric figures, such as circles, when you are dealing with objects that move and change ~When dealing with frames, the size of must be consistent, so using the formula for circumference (pi*2r) of a round object would be crucial in keeping the animations balanced ~As said above, animators also use different equations and theorems to help solve issues with unknown answers http://weusemath.org/?career=animator http://forgetoday.com/2019/07/01/review-toy-story-4/ https://www.pinterest.com/pin/476255729340659744/ https://www.slashfilm.com/monsters-inc-revisited/ 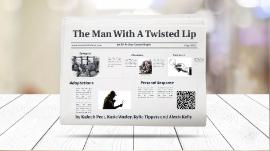 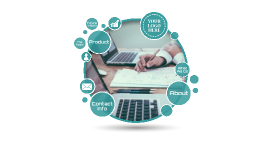 Transcript: About A great template for a Company/Project Presentation Introduction What We Do Present some more details about this topic Who Are You? Product Explain the products or services you offer Showcase How are the sales? Business Reports Q1 Q2 Q3 Q4 Add more slides into topics The Details Add your own image and change colors Customize Future Vision Where to Next? Future Plans The Team Who are the creative minds? Who's in the Team Contact Info How do People Find You? Contact Details http://prezibase.com Get this Prezi Next Template from: 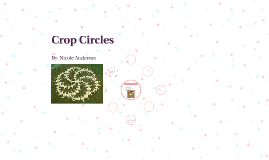 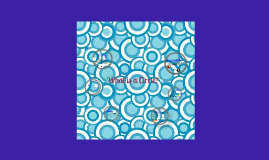 Transcript: The distances across and half way across a circle are called diameter and radius, respectivly The circumference is the edge of the shape Tangent and chord are different lines on the outside or inside of a circle, respectivly * The point of tangency is the spot where the line touches the circle Arcs, major or minor, are parts of the circumference of a circle A semi circle is an arc that is exactly half of the circumference *A subtended arc is created when two angles share an arc Measuring Circles What can we use circles for? Circles can be used : To measure angles : To make charts : To compare ideas : And many other things To Conclude The circle is a very useful shape that have helped us with everything from creating tables... ...To making art Arcs *Finding Pi= C/D A circle is a shape that measures the same distance from the center to any point of the edge Circumference or area, use pi What is a Circle? Pi= 3.14... or 22/7 Circles are... Area= Pi x R^2 Angles Central and inscribed angles are created when lines meet at or past the center of a circle Circumference= 2 x Pi x R or Pi x D