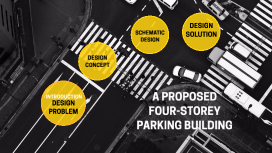 Transcript: DESIGN PROBLEM A PROPOSED FOUR-STOREY PARKING BUILDING INTRODUCTION As urban centers continue to grow, the need for mobility increases. This is evidenced by the worsening traffic woes of Metro Cebu. Although of late, due to the community quarantine brought about by the Covid 19 pandemic, the streets have become less congested. However this will not be for long. As we have become more conscious of social distancing among the heath protocols in place, people specially the middle class would be more inclined to have their own cars as a means of transportation keeping away from crowded buses and public transport.This will eventually add to the existing shortage of parking spaces in the metropolis. RATIONALE Closed deals Prospect Size Country Why? Status Closed deals II. Prospect Size Country Why? Status Set goals vs. reality BOOKINGS PLAN VS. Numbers Pipeline count Sales Activity Sales Funnel Sales Bookings 2016. 01-02. NEXT QUARTER DESIGN CONCEPT Prospects Size Country Why? Status Prospects Goals 1. 2. 3. 4. Goals NEXT QUARTER FORECAST SCHEMATIC DESIGN Lead Trajectory Lead Trajectory Bookings Trajectory Bookings Trajectory Scheduled Revenue Scheduled Revenue QUESTIONS DESIGN SOLUTION ? 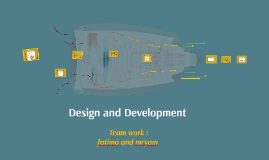 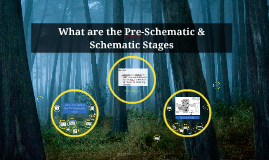 Transcript: Children in the pre-schematic stage don't pay as much attention to color as they do form; there's not as much meaning for them. With their ability to make forms of their own choosing, it takes priority on their thinking. Starts around 7 and lasts to about 9 years-old In this stage, children develop schema, which is a symbol for what they portray for an object (person, house, etc.) It's the same every time Parents, keep in mind that communication is important! Looks like objects are drawn randomly If you look close enough, you'll be able to see "children conceive space as to what is around them" (Lowenfield, 225). Children can't relate location of objects based on landmarks yet A child will learn spacial concepts by personal involvement. First, let's look at the Pre-Schematic stage. "Although it's not clear how the personal symbol originates, the universality of the circle for the head and the two lines representing legs gives support to the notion that this is somehow biological in nature...all children, either through sight, hand control, or cognitive development, make similar configurations for a person" (Lowenfeld, 223). Encourage short discussion for perceptual growth by pointing things out and you will see it in the drawings! *Basic subject matter stresses an awareness of body parts! Choosing colors is highly individualized MOTIVATE!!! The Way out "Through drawing, a child will begin to develop conceptual growth" (Lowenfeld, 234). This is where visual differentiation and perception begins: The higher the student's differentiation is, the higher their intellectual processes are developed which both increase awareness to the environment The more detailed drawings will be seen Children also start to show their understanding of scale and notice small changes in their figure drawings. Same schema, but eyes, hair, and size are different Meaning of Space: Children start to use BASE LINE, or TRAVEL LINE, creating a relationship between he/she and the environment. What is base line? Children develop concept and their drawings of the head-feet now consist of recognizable figures with clothing instead of just bodies. Emotion (what they feel represents the mood of the object) Psychological meanings such as a crayon being in better condition because it hasn't been used for a paintbrush having a longer handle Children who have developed more intellectually overall are more physically developed. The pre-schematic stage starts around 4 years-old and lasts until around 7. Children begin drawing head-feet representations of how they see people, usually themselves. Demonstrates the beginning of an ordered thought process Have the right atmosphere Child discovers naturally there's a relationship between colors and objects Draws the environment more objectively and uses well developed space relationships Can categorize to group things together (Lowenfeld, 267). Schematic Stage Base Line Drawing Toward the end of the Schematic stage, drawings are increasingly influenced by visual perception. Now for the big turn in events... Kyle Underwood Resource: Lowenfeld, V., & Brittain, W. (1987). Creative and Mental Growth (8th ed.). New York, NY: Macmillan Publishing Company. Color: "Active knowledge reveals understanding of and interest in the environment around and this is what is expressed in drawings" (Lowenfeld, 286). What are the Pre-Schematic & Schematic Stages It's when the student draws along the bottom of the page, illustrating a story and showing the ground; drawing in linear! Children begin to represent something: Drawings as a Reflection of Growth Growth in Drawings: 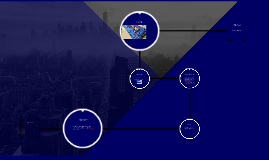 Transcript: Our objective is to create a series of circuits that have a working flow of energy that turrns on the light bulbs. We liked making circuits We disliked when the wires broke in the blocks The End Relevancy Schematics Objective Schematics is relevant to the real world cause electricians use circuits for buildings all the time. Historical Background By:Adrian Castillo & Roman Sotelo The invention of the battery -- which could produce a continuous flow of current -- made possible the development of the first electric circuits. Alessandro Volta invented the first battery, the voltaic pile, in 1800. The very first circuits used a battery and electrodes immersed in a container of water. The flow of current through the water produced hydrogen and oxygen. Thanks for watching Likes/Dislikes P.O.W. 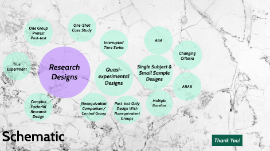 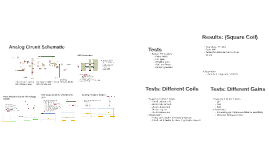 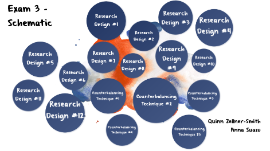 Transcript: Exam 3 - Schematic Quinn Zellner-Smith Anna Suazo Research Design #1 One Group Posttest Only Design (One-Shot Case Study): "Administration of a posttest to a single group of participants after they have been given an experimental treatment condition". "We do not know how the participants would have performed without the presence of the independent variable on the dependent variable." "Lacks a treatment control group." "Rarely used by researchers." Problems with the design: One-group Pretest-Posttest Design: Research Design #2 "Treatment condition is interjected between a pretest and a posttest of the dependent variable". "There could be uncontrollable explanations for how the students performed on the questionnaire the second time (e.g. life experiences)". No control group Problems with the design: True Experiment: Research Design #3 "Requires at least two groups, one receiving an experimental treatment and one not. Requires the manipulation of at least one independent variable, the random assignment of participants to groups and the random assignment of treatments to groups". "Able to have more control over extraneous variables". "Control increases if the sample size is larger". Problems with the design: "Still are not completely sure that the groups are equivalent". "There is no pretest to determine if the randomization worked and statistical power decreases." Posttest Only Design W/ Nonequivalent Groups: Research Design #4 "Design in which the performance of an experimental group is compared with a nonequivalent control group at the posttest." "We still do not know if the independent variable is what caused the change in the dependent variable." Problems with the design: Nonequivalent Comparison/Control Group Design: Research Design #5 "Treatment and control group are predetermined by an existing independent variable and not random assignment." "Most common among the quasi-experimental designs." "The participants in each group are not equivalent because there is no random assignment, so there are uncontrollable variables, therefor there are rival hypotheses that could explain the results." Problems with the design: Interrupted Time Series Design: "A quasi-experimental design in which a treatment effect is assessed by comparing the pattern of pre and posttest scores for a single group of research participants." "Researcher gathers multiple measurements of the DV prior to the treatment and then several measurements of the DV after the treatment." "Better design than the one-group pretest posttest design." "The pre and posttest data should be graphed and then visually inspected." "Researcher must find a comparable control group and gather several pre and post test scores from them also." Research Design #6 ABA Design Research Design #7 3 Phases: A. Baseline B. Treatment "Usually continued for the same amount of time as the baseline or until a change is noticed." A. Baseline "Withdrawal: removal of the treatment condition" "Treatment is withdrawn and returned to the same condition as the baseline" "If the effects of the treatment are reversible, then the behavior should return to the way it was prior to the treatment." "Face moral and ethical issues by ending with baseline." "Reversal: if the results do not reverse, then the effectiveness of the treatment may be due to alternative hypotheses." "Some behaviors can not be reverted back to the baseline." Problems with the design: ABAB Design: Research Design #8 4 Phases A. Baseline B. Treatment: "Usually continued for the same amount of time as the baseline or until a change is noticed." A. Baseline: "Treatment is withdrawn and returned to the same conditions as the baseline." B. Treatment: "Treatment condition is reintroduced." Same problems as ABA Design Problems with this design: Multiple Baseline Design: "A single-case design in which the treatment condition is successively administered to several target participants, target outcomes, and target settings." "The change in the dependent variable should appear immediately after the treatment has been administered." Research Design #9 1. "Establish baseline measurement for all the participants, outcomes, or settings." 2. "After the behavior for each has become stable, introduce an intervention for one of them." 3. "Continue this process until each participant, outcome, or setting has received the treatment." Procedure Changing Criteria Design: Research Design #10 "A single-case design in which a participant's behavior is gradually shaped by changing the criterion for successive treatment periods." "Participant is required to "step-up" their performance on the DV." Procedures 1. "Baseline measurements of the DV." 2. "Treatment is introduced for the first time and the initial criterion is set." "The goal is to get the behavior to reach a certain criteria across multiple observations." 3. "Once the first criterion is achieved, move to the next criterion level." "Establish behavior at this level again across multiple