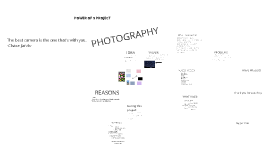 Transcript: POWER OF 9 PROJECT PHOTOGRAPHY The best camera is the one that's with you. -Chase Jarvis- IDEA how i got the idea Main idea was just a nature photography album YouTube videos Inspiration from photography YouTubers like Fro knows photo Digital rev REASONS Hobby I have always been interested in photography Wanted to learn something new PLACES I'VE BEEN Bruny Island Wine Glass Bay Mt Field Mt Wellington Richmond Cradle Mountain South Port Port Arthur some even from home! PICTURES STAR TRAIL Star trail photography is capturing the motion of the star with a long exposure shot in a picture at night to take a single picture take all night or 3~5 hours depending on how well you want the stars to show up this needs to be planned a few days a head where there are no clouds if you want any shot, or a week if you wanted to take a picture of a certain object in space. i went to take star trail photos 4 times but the weather kept getting in the way, so i couldn't take any THE PROCESS 1. Take photo 2. Pick the one's I was satisfied with 3. Edit photos to polish and make it look better 4. Print out 5. Separate into colour groups 6. Scale draw a map of Tasmania 7. Place photos in the right colour WHAT I USED Nikon D90 Nikon D70 Canon 5D MkII Adobe Photoshop color splash IPhone 4 Picasa 3 What i have learned New camera techniques How to take a photo properly with a professional camera How hard taking photos are! A new experiences Complicated photography terms Star trail/ Astro-photography techniques PROBLEMS lost all of the pictures from the northern part of tasmainia D: During this project I have spent 47 hours taken 2346 photos Had to carefully go though a selection process spent roughly $140 FINAL PRODUCT Thank you for watching by Jun Kim my brother lost his camera! D: 8. Stick on to wall http://olitee.com/2011/09/star-trails-over-umbria/#!prettyPhoto/0/ problems with my photo order 2ND PART OF PROJECT The weather would change unexpectedly ran out of space on my wall photosynth 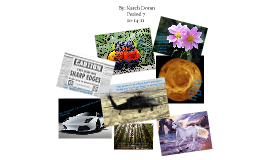 Transcript: By: Karch Doran Period 7 10-14-11 This "oil painting" is of a Lamborghini Murcielago in the studio. Venus is bulging and collapsing in on itself in this photo. This photo is of the Redwood forest in northern California. A few trees look like an ink sketch. This is a unicorn that now appears as an oil painting. This picture is of a Blackhawk helicopter flying over the Iraqi desert as an ink sketch. These beautiful flowers have been represented in an oil painting. This sharp and dangerous sign has been recreated in a pencil sketch! These colorful parrots have been ink sketchitized! 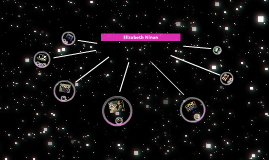 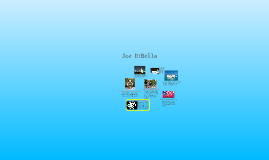 Transcript: I made her glow because I think she's the greatest statue in the world. I made the party boat glow because parties are fun. I made it look like a vortex because NY is the center of the east, and Central Park is the center of NY. Crystalizing the water makes it look real. Denting the flag makes it look like its blowing in the wind I made it glow because I am a big Yankee fan and Green is my favorite color I used Polar Invasion because it doubled the cake, and I like cake! Dented American Flag Crystalized Cruise Ship Wedding Cake Polar Invasion Disorted Central Park Joe DiBella Green Yankee Logo Glowing party boat Glowing Statue of Liberty 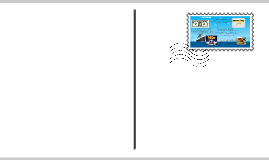 Transcript: Money is represented in the book by being the "American Dream". It is demonstrated by being corrupted and faked by characters in the story. In the movie "Back To The Future", 2 people are stuck in the past. Somewhat like the movie, Gatsby is stuck in the past by reminiscing about his relationship with Daisy, which in the present day is over with. designed by Péter Puklus for Prezi This gold pencil represents what Daisy has given Tom inside the book during a party at Gatsby's house. Horses are shown in the book by exposing Gatsby of being a "fake" rich person. Rich people in the book have enough money to buy anything, so they buy horses to ride on. Photo Collage 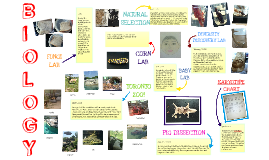 Transcript: This corn was from the corn lab which had kernels that were yellow and purple. This lab showed us co-dominance. June 12 - 13, 2013 The lab for internal systems was dissecting a baby pig to view all the systems and organs. This picture shows the intestines and the heart taken out of the body. Other organs such as the liver and lungs are also visible. CORN LAB TORONTO ZOO! B I O L O G Y May 22, 2013 This picture is from a group activity we did during the evolution unit. The beans represented food and the different tools represented animals. The object of the activity was to gather enough food for survival. During this activity I learned about natural selection and how favorable traits become dominant in an environment as the spoon was the final tool among everyone. April 2, 2013 This is a human karyotype chart that I prepared myself for an assignment. During this assignment, I got to learn about the different genetic disorders which was very interesting. This patient had Down's syndrome since they have an extra chromosome. BABY LAB Caribou PIG DISSECTION FUNGI LAB June 4, 2013 As a part of the evolution unit, we took a trip to the Toronto Zoo! There was a special exhibit of the pandas which was very exciting since it was the first time I had seen pandas in real life. I also got to see a numerous of other animals as seen in the pictures taken that day. KARYOTYPE CHART April 5, 2013 The baby lab was a part of the genetics unit and this lab allowed me to understand genetic variation and genotypes better. With a partner, we flipped a coin to determine which specific trait our child would have appearance wise. This is a drawing of what our baby would look like. 2013 During the fungi, we were investigating in which environment, fungi grows the best. Our three situations where different moisture levels. Unfortunately, no fungi grew on any of the breads but, we did get to see fungi on a few other students breads. NATURAL SELECTION February 15, 2013 These animals preserved in jars are from the diversity discovery lab. In this lab, we had to identify which kingdom different organism are from and describe their key characteristics. some of the organisms included jellyfish, lobster and various insects. observing these organisms was very interesting. DIVERSITY DISCOVERY LAB Tortoises Penguins Fish Panda Snake Polar Bear Hippopotamus Elephant 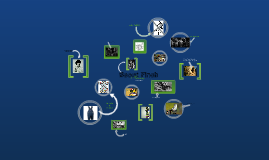 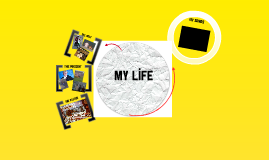