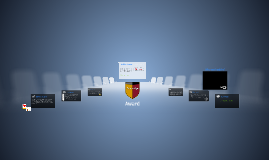 Transcript: ALL HEALTHY,ALL FRESH Mubarak as a financial manager Award Nada as a project manager +971345678234 Thank you! Remember to try one of meals and please come back again to become: Why eat healthy? P.O box: 43765 Production Our team members are : Our targets A survey was a handy way of collecting data and we think it was quiet fair as the types of food were categorized and there were plenty of options to choose from. It was really easy to calculate the amount each food was chosen . A section of the survey is shown on the left. Youssef as a production manager How did it start? For any further information please contact us on: Each top rated food was carefully homemade according to high quality standards so you will enjoy the taste of your meal with the least amount of calories and the maximum of healthy nutrients. All healthy, all fresh Collecting data email: healthy.cookers@allhealthy_allfresh.com Marketing and advertisements To ensure that all of you have heard of us and our high quality products we made interesting looking posters to hook people's attention to our aim and to get them to become our frequent customers. Reezma and Nayla as presentation managers The menu Hashim as a marketing manager Our aim is to try to engage people to eat healthy food for a bettter and healthier daily life routine. Encourage people to eat healthy food as a main part of their daily life routine. To become a well known company worldwide and provide healthy food for everyone. Suiting everyone's needs for the establishment of good health. Healthy Cookers We thought about offering a variety of food in a menu with real photos then give out a survey with those foods as options to choose what you prefer the most from. This was done as a first step to see which foods get the highest results so we can keep on producing them. 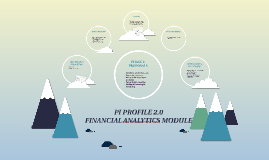 Transcript: Owner China Southern Airlines was established on 1st July 1988. Headquarter is situated in Guangzhou Five-Star Safety Award by the CAAC in 2008,2007,2004,2003,2001 sdfsdfsdf sdfsdfsdf The Chinese Government holds majority ownership of the company Started Photos like comment share like comment share Status Update fasdfsdf Introduction Company Profile The company is covering major cities around the world including 187 countries and 1024 destination. It is a Guangzhou based company and has 14 branches in China. China Southern has 23 domestic offices and 60 oversea offices. The company has operated more than 600 aircraft. Awards Guangzhou Shared a Link dfsdfsdf 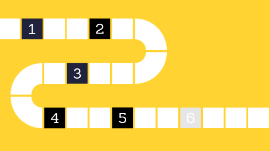 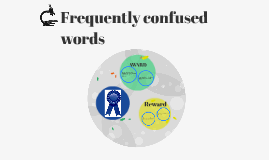 Transcript: Reward Many war veterans get rewards for their service. AWARD a thing given in recognition of one's service, effort, or achievement give or order the giving of (something) as an official payment, compensation, or prize to (someone) When i won the race at the skating rink they gave me tickets as an award. Frequently confused words 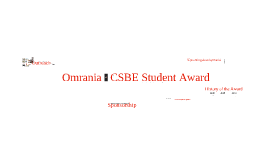 Transcript: The Omrania l CSBE Student Award for Excellence in Architectural Design Award was initiated in 2008 to honor distinguished architectural graduation projects by students in Jordanian universities. In 2009, the Award was opened to students of architecture in universities throughout the Arab World. The Award's Objectives.. To provide a very useful indicator in helping assess the quality of architectural education in the Arab World and in encouraging students, teachers, and programs of architecture to further enhance existing skills and resources. To promote healthy competition among architectural programs in the Arab World, and helps focus attention on the process of architectural education there, identifying relevant opportunities and challenges. To provide a unique opportunity for recognizing and encouraging excellence in teaching architectural design, and also honors distinguished recently-graduating architectural students as well as their instructors and universities. Award Founders Omrania & Associates (O&A) (www.omrania.com) is an architectural and engineering consulting practice with more than 35 years of experience in the Middle East and Europe. Since its inception, it has become a leading firm in the region in the fields of Town Planning, Architecture, Engineering and Project Management. Today, Omrania is composed of 270 professional and support staff from many different nationalities. These are spread over its three main offices in Riyadh, Amman, and Manama, with Riyadh being the main headquarters. Apart from Saudi Arabia, Jordan and Bahrain, Omrania has over the years executed projects in the United Kingdom, Lebanon, Portugal, Tunis, Qatar, Dubai, Abu Dhabi as well as the Sudan. The Center for the Study of the Built Environment (CSBE) (www.csbe.org) is a non-profit, private study and research institution established in 1999. It aims at addressing the challenges that affect the built environment in Jordan and beyond. CSBE is an interdisciplinary center that addresses areas including environmental studies, urban design and planning, conservation, architecture, landscape architecture, and construction technologies. To accomplish our goals, we engage in a variety of activities including research projects, print and digital publishing, workshops, and the design and implementation of pilot projects. History of the Award The winning projects were honored in a ceremony event held at the Jordan National Gallery of Fine Arts in Amman, in September, 2008. An exhibition of all submitted entries was held in conjunction with the ceremony at the National Gallery. An Award ceremony was held at the Jordan National Gallery of Fine Arts in Amman in October, 2009. An exhibition accompanying the ceremony also was held at the National Gallery. Later on, in April, 2010, the same exhibition was hosted by the American University of Beirut, which also held a discussion panel on architectural education in conjunction with the exhibition. The 2010 Award ceremony was held at the Art Centre in Manama in November, 2010. The ceremony was accompanied by an exhibition of the winning projects of the Award’s three cycles as well as a selection of submitted entries from the third cycle. The same collection was later exhibited at the Jordan University of Science and Technology in February, 2011, and at the American University of Sharjah in March, 2011. A seminar on the Award was also held in conjunction with the exhibition in Sharjah. A similar event, consisting of both an exhibition and a seminar, is being planned by the Lebanese Academy of Fine Arts and the American University of Beirut for April, 2011. The winning projects for each cycle of the Award are selected by a distinguished independent three-member jury The Aga Khan Award for Architecture has supported the participation of one jury member for each cycle of the Award. Outreach The Award reaches a considerable audience consisting of students, academics, and design professionals from both inside and outside the Arab World. Award Flyers Newspaper and Magazine Articles Upcoming developments After having established the Award and running it for three successful cycles, Omrania and CSBE believe that the Award is now ready for a new phase of its evolution. For the fourth Award cycle, we are looking into implementing the following developments: 1 Extensive documentation of the Award so far has been made available on the CSBE web site, and on a Facebook page dedicated to the Award. A separate website will provide the Award with more recognition and will allow us to incorporate new features such as online submissions and logging in through social media websites. This will encourage more submissions and will guarantee that the Award will reach a wider audience. 2 A press kit will be created and widely distributed to help further promote the Award. This will provide information on the Award’s history, founders and sponsors, winning students, and jury members. 3 This is an important target 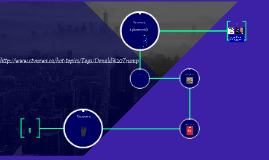