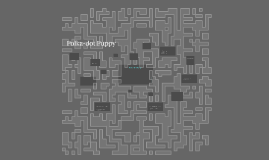 Transcript: 24 "This little puppy saved the building," the night watchman said. "Whose dog is he?" asked Fire-fighter Joe. 28 "Maybe a bakery is the place for me," said Polka-dot Puppy, wagging his tail. The Library- A Magic Castle 26 But when polka-dot Puppy tried to go inside, the storekeeper said, "Shoo. Shoo. Out with you." "Let's go home, Polka-dot Puppy." And they did. He looked in the window of the grocery store. Guess what he saw? 27 Come to the magic castle When you are growing tall. Rows upon rows of Word Windows Line every single wall. They reach up high, As high as the sky, And you want to open them all. For every time you open one, A new adventure has begun. 21 Pop! Crackle! Pop! What ws that? Sniff! Sniff! Polka-dot Puppy sniffed the air. He smelled smoke Hamburgers and hot dogs, milk and cheese. "Maybe a grocery store is the place for me," he said. Polka-dot puppy rolled over. "He doesn't belong to anyone," said the night watchman. "He does now," said Fire-fighter Joe. :The fire station is just the right place for a fire-fighter pup. 29 7 Polka-dot Puppy looked for a home he looked in the windows of a bakery. 9 Polka-dot Puppy began to bark. He barked and barked so loudly... The night watchman came by. He gave the puppy a pat on the head. "Poor Puppy," he said. Just then a little girl came by. She gave Polka-dot Puppy an animal cracker. "Poor puppy," she said. After a while, it was very dark. Polka-dot Puppy could not see much. But he could hear. And he could smell. 31 12 In no time the fire was out. 11 16 a toy store. He looked in the window. Polka- Dot Puppy 14 That the night watchman heard him. When the watchman saw fire he rang the alarm. 20 15 Lots of people passed by. But no one gave a pat or a smile 22 19 Lisa opened a Word Window. Here is what she read. 8 Polka-dot Puppy looked up. He saw a fire in a window way up high. 18 By Jane Belk Moncure 6 25 30 But when he tried to go inside, the baker said, "Go away. Go Away." 23 Polka-dot Puppy did not have a home. He sat all alone on a busy street corner. It was getting dark, so Polka-dot Puppy sat down in the soorway of a tall building all alone. He saw Cookies... and cakes... and apple pies. 13 He saw toy animals, toy cars, dolls, and balls. "Maybe a toy store is the place for me," said Polka-dot Puppy. Illustrated by Helen Endres Polka-dot Puppy When he tried to go inside. the storekeeper said, "See the sign. No dogs allowed." 10 A fire truck came down the street and stopped right by the burning building. So Pulka-dot Puppy went down the busy street until he came to... Then Polka-dot Puppy went next door to a grocery store. 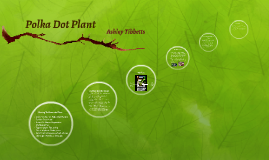 Transcript: Grant, Bonnie L. "Polka Dot Plant Info: Tips On Caring For And Growing Freckle Face Plant." Gardening Know How. N.p., 18 Feb. 2015. Web. 02 Dec. 2016. Difficulties Caring for the Plant Leaf turning slightly yellow Fun Facts about Polka Dot Plant Mr_Subjunctive. "Nosy Neighbor (Hypoestes Phyllostachya)." Nosy Neighbor (Hypoestes Phyllostachya). N.p., 21 Sept. 2009. Web. 02 Dec. 2016. Ashley Tibbetts My Plant Common Name: Polka Dot Plant or Freckle Face Plant Scientific Name: Hypoestes Phyllostachya Type of plant: Flowering Origin of plant: Madagascar Perennial herbaceous shrub whose stems get woody as they age References Getting To Know the Plant In native habitat, plant can reach up to 3 feet Best color comes when in low light (Indirect bright sunlight) Best temperature is around 60 degrees Fahrenheit Growing outside requires well-drained but moist soil with a lot of rich nutrients surrounding (miracle-gro) Indoor plants need to be fed at least once a month with this soil Watering: Slight misting occasionally Only one stem, pretty healthy Polka Dot Plant Found to be invasive in Australia, Costa Rica, Hawaii, Puerto Rico, Zimbabwe, and India Cause of death: Cold temperatures Before knowing what type of plant it was, I assumed it needed sunlight and left in direct sunlight and slowly turned more a yellow/brown color and losing green color When researching type of plant, all pictures seemed to show polka dot plant with bigger spots, not many pictures of baby plant Invading Costa Rica is "confusing the local butterflies,1 some of whom are trying to use it as a host species to lay their eggs on. This doesn't work; for whatever reason, the caterpillars in question can't, or won't, feed on polka-dot plant, and so starve, and then there are that many fewer butterflies the next year" (Mr_Subjunctive) 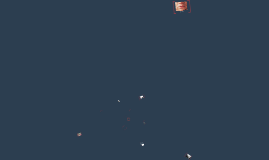 Transcript: Danielle Kruse Photographer Families, children, babies What Makes a Good Business? New Studio! -Go Slow -Learn while you go -BE YOURSELF What sets her apart: -style -staying true to herself -always learning 1. Inquire 2. Tells price & what to expect 3. Session fee to hold spot & contract 4. Who everyone is, ages 5. What to wear 6. Check in a month, 2 weeks, 2 days 7. Send price packet in mail The End Advertise: -WORD OF MOUTH! -Social Media By: Casey Hurley Process of a Shoot: 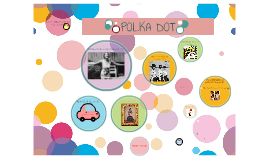 Transcript: POLKA DOT If you don’t want to wear polka dots you can just add a little polka dot to your style. Polka dots have the power to make you happy Minnie Mouse Polka Dot Dress in 1931 MEANING OF POLKA DOT a dot or round spot (printed, woven, or embroidered) repeatedly to form a pattern on a textile fabric. Polka Dot Clothing Circa 1865 Policewomen's Uniforms with Polka Dots - 1970 THANK YOU History of Polka Dot Miss America in Polka Dot Swimsuit - 1926 Comic Books using Benday Dots in 1950's Put a little punch of polka dots in your life polka dot Nur Aimi Solehah Binti Mat Zain E20121004495 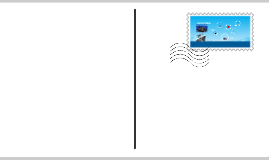 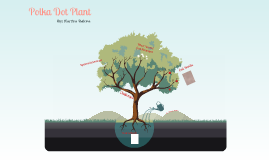 Transcript: alive? By: Kartina Deluca Sun light Posting on time plant Watering water did this schedule End Results What I learned from this project. Optimal Enviornment First day I got the plant! Polka Dot Plant stay Challenges How on 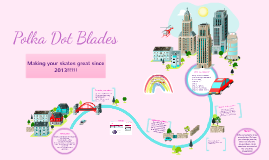 Transcript: We hope that our product will encourage you to keep skating! You may even learn to be as skilled as these professionals! What is it used for and who ? INTRODUCTION It started as an idea and then we took it to the next level. We made posters, leaflets, spreadsheets and more. We believe that our brand new product will be the new thing.We believe that we will sell more than enough to make a good profit. Designed by Mia and Isobel Our product is is used to encourage people to start ice skating. This product is aimed at anyone no matter if they are professionals or just beginning! What is our product? hello and welcome to our presentation. We hope you will enjoy hearing about our new idea. any questions can be asked and answered at the end of the presentation watch this video... Making your skates great since 2013!!!!! our laces, blade covers and hat are available in a range of outstanding colours suitable for boys and girls Finances go to www.polkadot.com or contact us by calling 04756385476. (Note: We are a online business only.) Hello! To make your order... Hope you enjoyed are presentation and thank you for listening !! Our product is a starter pack for being fashionable while skating. it includes : x1 hat x1 pair of gloves x2 pair of neon laces x1 pair of blade covers Polka Dot Blades 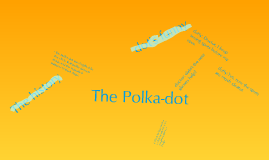 Transcript: polka dot-a large number of dots repeated to form a regular pattern or design. The history the polka dot was inspired by the circle that polka dancers made and the repeated patterns in their steps. dotty: Doctor, I keep seeing spots before my eyes. doctor: didn't the new glasses help? dotty:Yes, now the spots are much clearer. The Polka-dot dot's funny