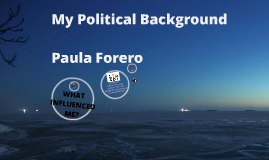 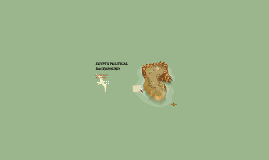 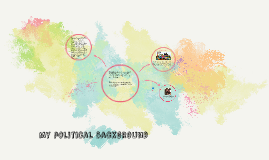 Transcript: I am currently volunteering for VT Senator Bernie Sanders my political background Throughout college, I have engaged in many political activities, including campaign volunteering, canvassing, phone banking etc. This is because true politics must be achieved by regular people just talking to regular people. -My friend Paige and myself at an event for Bridges, the domestic/sexual assault support center we volunteer with “There are more ideas on earth than intellectuals imagine. And these ideas are more active, stronger, more resistant, more passionate than "politicians" think. We have to be there at the birth of ideas, the bursting outward of their force: not in books expressing them, but in events manifesting this force, in struggles carried on around ideas, for or against them. Ideas do not rule the world. But it is because the world has ideas (and because it constantly produces them) that it is not passively ruled by those who are its leaders or those who would like to teach it, once and for all, what it must think.” ― Michel Foucault “I have not found this generation to be cynical or apathetic or selfish. They are as strong and as decent as any people that I have met. And I will say this, on my way down here I stopped at Bethesda Naval, and when you talk to the young kids that are there that have just been back from Iraq and Afghanistan, you don’t have the worry about the future that you hear from so many that are not a part of this generation, but judging it from above.” -Jon Stewart Represent.Us While interning at Represent.Us, my fellow interns and I attended the Gathering of the Vibes music festival to recruit volunteers 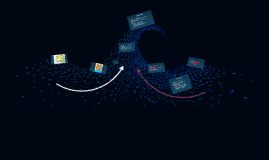 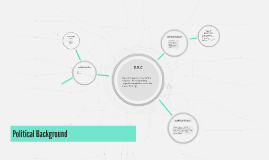 Transcript: Political Allies King Leopold II of Belgium begins colonial project in central Africa Mobutu renames the country "Zaire" and changes his own name to Mobutu Sese Seko Governor Jean-Pierre Kalumbo Mbogho orders all Tutsis removed from the region and calls for their extermination. Violence breaks out, claiming 14,000 lives over the next two months political culture The congolese made a book called the congo Masquerade that went into detail about how the government clashed with the group UNESCO. The government saw them as a threat to the current government and the control over the rebels in the district. http://www.bbc.com/news/world-africa-13283212 http://www.dlprog.org/research/armed-groups-and-political-inclusion-in-the-democratic-republic-of-the-congo.php https://www.cia.gov/library/publications/the-world-factbook/geos/cg.html http://www.standnow.org/learn/aoe/drc/events Major political events type of government Political Enemies The D.R.C is a democracy It has a semi-presidential aspect to the government. The president rules but alongside major government officials. Major companies and political parties fought over dwindling resources and the control over the regions with those resources inside of them. Many political parties are afraid to advance in any sort of way because of the eminent threat that the major armed militants pose to the government political issues http://www.content.eisa.org.za/old-page/drc-political-parties EISA UNESCO The D.R.C was colonized by the Belgians. The Belgian king Leopold II sought for it to be his private holdings. Rwandan rebels and Ugandan rebels are major enemies to the state and fight the government and the other rebels inside for control over resources. Political Attitudes Cite page D.R.C www.content.eisa.org.za/pdf/rr20.pdf http://www.globalissues.org/article/87/the-democratic-republic-of-congo Political Background Some include the enyele rebels ituri rebels allow the government to run under their influence political parties 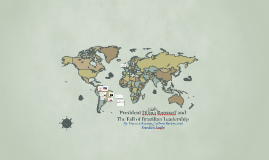 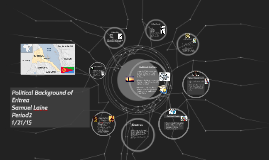 Transcript: U.S.A. Ethiopia Djibouti Eritreans have been tricked by the media and propaganda to act and think a certain way Many Eritreans are now brainwashed by the corrupt government They support their president through thick and thin Type of Government Eritrea is a single-party presidential republic The Eritrean President is both head of state and head of government and a single-party state, led by the People's Front for Democracy and Justice http://www.crisisgroup.org/en/regions/africa/horn-of-africa/ethiopia-eritrea.aspx http://www.csmonitor.com/World/Africa/2009/1110/p06s12-woaf.html http://www.bbc.com/news/world-africa-13349395 http://www.encyclopedia.com/topic/Eritrea.aspx Political Attitudes Political Issue Qatar China Sudan Eritrea has a major political issue The current president has no successor and is nearing the end of his life There have been no general elections since 1993 Most say that his death will lead to chaos within the Eritrean Republic Political Allies Eritrea's allies exchange goods that benefit both countries. Political Parties in 1962 Haile Selassie pressured the Eritrean Assembly to abolish the Federation and join the Imperial Ethiopian fold This angered those in Eritrea who were striving for a more liberal political order In 1991 the Eritrean People's Liberation Front defeated the Ethiopian government During the 1940s, groups were identified by their communal, religious, linguistic and ethnic identities Whereas, after the long struggle for liberation, a single Eritrean identity has been achieved Eritreans developed a political culture that has strong beliefs in freedom, justice, equality, and independence Political Enemies Sources There are no legal Eritrean political parties, as Eritrea is ruled by a single political movement known as the People's Front for Democracy and Justice. Political Culture Political Background of Eritrea Samuel Laine Period2 1/21/15 Major Political Events Eritrea's enemies have tried to steal their resources and take advantage of their fertile land time and time again. 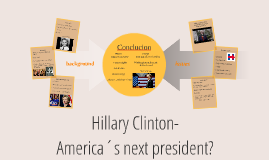