Transcript: pirate life in the times of the pirates the buccanering period of approximately in it originated in france,jamaica and tortuga 1650 - 1680 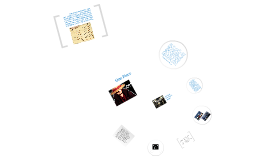 Transcript: Pirate You're not on a Spanish galleon, though, and these pirates aren't in curly wigs and waistcoats. It's the present day, you're on a modern cargo ship and the pirates wear military fatigues and carry machine guns. Your ship becomes one of the hundreds to be attacked by pirates every year. Piracy peaked between 1690 and 1730 for several reasons. There were lots of ships to attack -- they carried slaves from Africa to the Americas and sugar, rum and other goods from the Americas to Europe. Additionally, the English and Dutch governments had used privateers during the War of the Spanish Succession. When this war ended in 1714, many privateers turned to piracy rather than accepting a less affluent life as a sailor on a merchant ship. New colonies on the American coast did not generally have the means to defend themselves against pirate attacks, so they became easy targets. The Golden Age of Piracy Imagine you're traveling across the ocean by ship. You've had a good voyage, with mild weather and smooth seas. You're standing on the deck, enjoying the breeze on your last night on board. But suddenly, pirates appear on the deck. They demand money, cargo and access to the captain's safe. They take control of the ship and threaten to maroon you and the crew on a nearby island. The English "pirate" is derived from the Latin term pirata and that from Greek"brigand", from "attempt", from "attempt, experience". The word i also cognate to peril. Piracy is defined by Roget's dictionary as 'robbery or illegal violence at sea'. This image shows many of the characteristics commonly associated with a stereotypical pirate in popular culture, such as a parrot, peg leg, hook, cutlass, bicorne hat, Jolly Roger, Royal Navy jacket, bad teeth, maniacal grin, earrings, beard, and eye patch. freedom adventure friend These pirates also weren't usually after gold, silver and jewels. Their plunder consisted mainly of tobacco, rum, sugar and ordinary supplies. The concept of treasure maps and piles of wealth comes primarily from "Treasure Island" and other romanticized pirate tales. The modern pirates are anything but romantic. In 2005, nearly 300 ships were the victims of pirate attacks, down from a peak of nearly 450 in 2003. Most of these attacks take place off the coast of Indonesia, Somalia and Bangladesh. Authorities also report that Iraq is becoming a new piracy hotspot. The most common targets for modern pirates are cargo ships, tankers and container ships. The ships are most vulnerable when they're berthed or anchored. One Piece definition 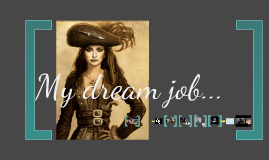 Transcript: but with the pass of time... Swordsmanship And steal, to kidnap the crew and take possession of the ship. Being a pirate consist in attack a ship in a international waters... Advantages - Bold, keen-sighted, slick and brave person My dream job... Disadvantages What do you have to study? - Death Geography - Knows the world - Learn how survive - Lives in the ocean When I was child...

Transcript: Shared a Photo Tavistock Devon, United Kingdom Sir Francis Drake was born is Tavistock Devon, United Kingdom 1540 Pirate Sir Francis Drake Francis Drake was a English sea captain, pirates, navigator, slaver, and politician of the Elizabeth era which is the epoch in English history marked by the reign of Queen Elizabeth the 1 or the golden age in engish history. Cc Photos like comment share Likes to explore different parts of the world and navigate where he goes like comment share SIR FRANCIS DRAKE Born:1540 Lives In Shared a Link Interests 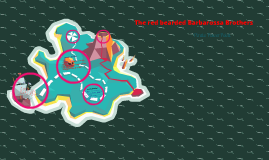 Transcript: The red bearded Barbarossa Brothers Horuk's downfall About the Brothers How they got started Became tired of paying to the dey in1512 Decided to attack a spanish fort on the Barbary coast. A cannon ripped off his arm. They bought a small galiot a boat with one sail and 36 oars Then he asked the Dey of Tunis for protection. He agreed but only if they shared 1/5 of the booty and slaves Then they captured two Pope galleys near Italy. Kept the galleys for his own fleet and returned home triumphant Barbarossa means red beard. The brothers were muslims. The brothers were Barbary pirates Their names were Horuk and Khair ed Din They were born in Greece in the 1470's Pirate PowerPoint 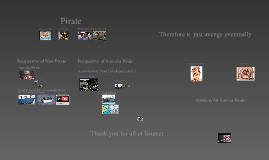