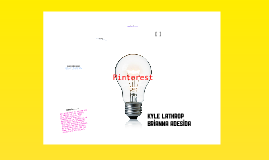 Transcript: Pinterest The monthly earnings of Pinterest are 3.75 million. This means that they make 45 million dollars a year. The target market for Pinterest is for females between the ages of 25-44. Company and Founder Number of Registered Users Target Market Kyle Lathrop Brianna Adesida Pinterest is a virtual pin board where people can share ideas and information about similar topics. Pinterest is now such a big website that there are apps for Apple and Android mobile devices. For example, if you were searching for something on Google you could go to Pinterest and someone might have already made a pin board with the websites on it. Financial Earnings Ben Silbermann is the CEO and co-founder of the company with Paul Sciarra. Paul stepped down from his position as co-founder as of April 2012. Ben graduated from Yale University and previously worked at Google. He grew up in Des Moines, Iowa. His parents and two sisters are all doctors. In 2010 there was 5,000 users registered on pinterest. Pinterest now gets around 270 million publishers per month. The site beat out Twitter, Bing, Stumbleupon, and Google in the number of active users. What is Pinterest? 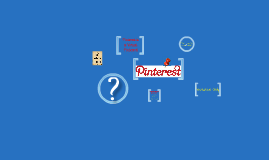 Transcript: Pinterest is a Virtual Pinboard Making a connection through "THINGS" Invitation Only ? Pin Pin It Board Repin Thank you! Let's take a look! So what does this mean for us as an IU? Our own Pinterest page? What would it look like? It would lead people right back to us, every time! http://pinterest.com 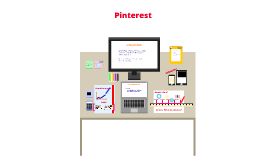 Transcript: Pinterest GOODNESS, DECORATE YOUR ROOM ALREADY! IT'S EMPTY WITHOUT ANYTHING AT ALL! Go to Pinterest.com if you want decorating ideas. Type in: Crafts Pictures! So what's Pinterest like? Voilà! So go to Pinterest.com now! Reason #2 Future Prediction Email from Mom Literally ANYTHING, from shoes to cars to dresses to houses to chairs to you-name-it! YAY! Teach me how to Pin it! More pics! How do I use it? Email from Mom November 25, 2013 Oh my goodness! Your room is so pretty! Teach me how to decorate my room next time! Dear Diary, I am troubled because I don't know how I should do my hair today. You can search in anything you want in Pinterest's searchbar Solution! Pinterest is 100% Free! Why is this awesome? That's because everybody loveeees free stuff! So cute! Reason #1 Sunday, November 25th Price? Should I Pin it? Search: bedroom 0 + - = 9 8 7 1 2 3 4 5 6 c 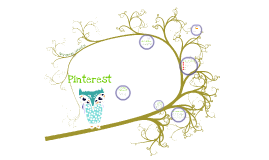 Transcript: n Brief History Wasn't that 'pinteresting?' Pinterest is still an invitation only website, so once applying it will take up to a week to get your account activated. After your account is created, start out by creating and naming your pin boards! ie: "Fashion, Stuff I like, Wedding, & Recipes." Now, Start pinning! Use the search bar to find content you may like, that you can pin to your boards. You can gain an audience two easy ways; follow first, or pin things other Pinners would like to pin or see on their Pin Feed. r Pinterest was first thought of in the mind of Ben Silbermann, Evan Sharp, and Paul Sciarra in the winter of December 2009. Although it wasn't until March 2010 that the first prototype was launched. Who uses Pinterest? GROWING Pinterest Although Pinterest, now, isn't very appealing to men, some use it. Pinterest captivates a main, ever-growing audience of young women, ranging from 15 years of age to mid 40's, on average. An ..Probably 99.9% accurate. The 4 how-to-do's of Pinterest! Pinterest Apply for an account... Create and name Pin Boards... Start Pinning... Gain an Audience... et sensation inte What is Pinterest? In March 2012, Forbes reports that Pinterest is now the third leading Social Media Networking Site in the World. Reaching 104 million hits, it is close behind Twitter, who received an 182 million hits that month. Although Pinterest has not reached the whopping 7 billion hits Facebook has, the growth has increased tremendously more than the other sites individually in such a short amount of time. Pinterest is a pinboard-style social photo sharing website that allows users to create and manage theme-based image collections such as events, interests, hobbies, and more. The Prototype is 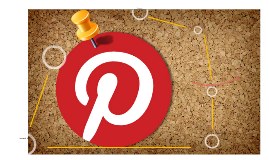