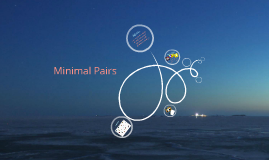 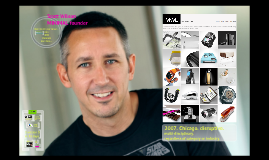 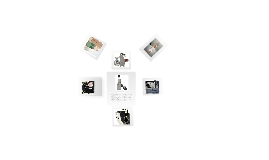 Transcript: Minimalism describes movements in various forms of art and design, especially visual art and music, where the work is stripped down to its most fundamental features. Less is more when it comes to the minimalist fashion trend. Streamlined silhouettes and tailoring, solid, monochromatic shades of white, gray, and especially black, and generally pared-down looks and clean lines have taken up residence for the season. Designers and brands that are notorious for being masters of minimalism are Calvin Klein, Jil Sandler, Narciso Rodriguez, and Prada. 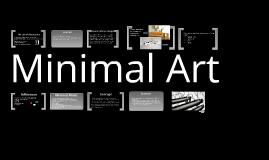 Transcript: - Genre of experimental music named in the 1960s - Emphasis on consonant harmony, if not functional tonality - Reiteration of musical phrases: figures, motifs, subtle, gradual, infrequent variation... - Simple repition - Drones, pulses, long tones - The use of electronic instruments is common - Minimalist composers: Philip Glass, Steve Reich, Terry Riley, La Monte Young, and John Adams John Cage was the composer of a work which consisted of 4 minutes 33 seconds of silence. (Myth: People believe it was on purpose that 273 seconds (4 minutes 33 seconds) is coincidental to absolute zero being 273 degrees below Celsius) His point was that silence is nonexistent; there is always something that will be making sounds such as him turning his music sheet. Minimal Art Concept Interior Minimalism has travelled far from where it originally was. Minimal Music Influences - Movement that started in the late 1950’s in America. - Frank Stella ‘Black Paintings’ - Museum of Modern Art in New York in 1959 - Thrived in the 1960’s and 70’s - Simple geometric shapes - Dance, music, architecture, sculptures... - Small or minimal amount of musical material - These musical patterns and taken and repeated over and over and over and over... you get the idea - These patterns are varied over time, often so that the listener cannot readily perceive the changes. For that reason, minimalist music is often said to have a trance-like or hypnotic effect. old Example - Hard edge and colour field painting - Artists who took on this style: - Dan Flavin - Sol LeWitt - Nicholas Krushenick - Donald Judd Minimal Interior Design Concepts The Life of Minimal Art Interior Minimalism is a design concept that strips things down to their bare essentials – a chair will just be a chair, not a chair/ cup holder/ sculpture. Minimalism seeks to bring out the core of our interiors, enhancing their function whilst minimizing their unnecessary details. new What are the significant characteristics of their work? • Simple style • No clutter • Tidy • Sharp - Less is more: purely and directly - "What you see is what you see" – Frank Stella:no other connections to the outside world. 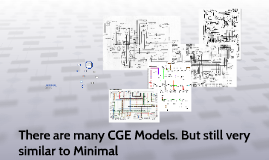 Transcript: MINIMAL Absolute price level Numeraire choice determines whether changes in the real exchange rate appear as changes in domestic prices or in changes in the exchange rate. Real variables unaffected. Labour supply Closure determines whether labour market changes appear as changes in either wage or employment. Size and composition of absorption Either exogenous or else adusting to accommodate fixed trade balance. Closure determines how changes in national income appear. ORANI-G These are the quantities of retail and wholesale services or transport needed to deliver each basic flow to the user. For example V3MAR(c,s,m) is the value of margin type m used to deliver commodity type c from source s to households (user 3). ORANI-G Three Macro Don't Knows There are many CGE Models. But still very similar to Minimal Documents: theory: MINIMAL: a Simplified General Equilibrium Model software: Computing Guide for MINIMAL Please tell me if you find mistakes in the documents ! MINIMAL A Simplified General Equilibrium Model Three Macro Agnostics 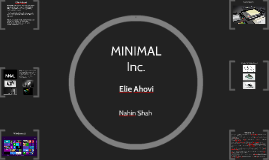 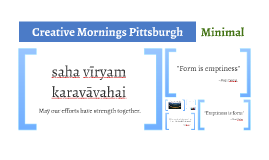 Transcript: –Heart Sutra "Emptiness is form" - Notes to Case 51 of ‘The Blue Cliff Records’ saha vīryam karavāvahai "Form is emptiness" May our efforts have strength together. "Paradoxically, with true freedom of mind one has no choice. The mind that is free is decided from the beginning. "When negative feelings restrict us, the opposite should be cultivated." Habit patterns: an analogy My sand mandala. –Yoga Sutra 2.33 "If you feel a possibility of choosing, your mind is divided and disturbed, and that is not freedom." Minimal –Heart Sutra Creative Mornings Pittsburgh