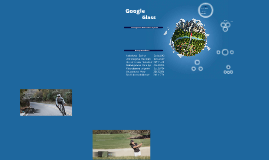 Transcript: THANK YOU FOR YOUR ATTENTION! 6 people 20% For educational purposes 10 people 33%. Google Glass will help you: -to save a lot of time -to build successful career -to make your life more enjoyable -to capture every moment in your life 80% (24 people) Yes Outline Glass Management Information System 40% (12 people) NO 60% (18people) 16.7% (5 people) rarely very often Group members Yes 24 people 80% 60% (18 people) Yes How do you think what are the disadvantages of GG? Survey For business purposes 10 people 33% Yakovleva Darina 20110242 Ormantayeva Raushan 20112027 Mirzakhmetov Nursultan 20111378 Bakbergenova Kamilya 20112898 Kistaubayeva Aigerim 20110784 Urustemova Alma 20122896 Baidildin Abdrakhman 20111770 NO Yes 24 people 80% Google Recommendations Introduction Google Glass opportunities Body Survey and results Conclusion Recommendations Have you heard about Google Glass? In your opinion will Google glass make your life easier? How do you think in what sphere Google glass can be used? 20% (6 people) NO Would you buy it for yourself? No 6 people 20 % How do you think will GG have success in future? How do you think what are the disadvantages of Google Glass? 23.3 % (7 people) Often 1) How often do you use Google search? For daily life 10 people 33% 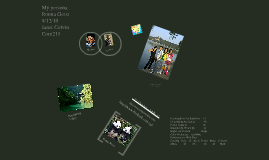 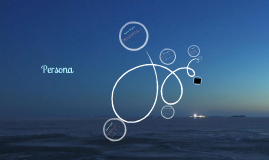 Transcript: "No form of art goes beyond ordinary consciousness as film does, straight to our emotions, deep into the twilight room of the soul" - Ingmar Bergman Over 60 films and documentaries, most of which he also wrote. Directed over one hundred and seventy plays Persona Ingmar Bergman... Bergman was born July 14, 1918 and died July 30 2007 at the age of 89 Persona Bergman's Characters Ingmar Bergman... Persona Bergman's characters are frequently placed before a mirror, searching for their faces. Two characters also have an intense and emotional conversation while barely looking at each other . Ingmar Bergman Major subjects are death, illness, faith, betrayal and insanity. Trade marks: Close ups of faces, close ups of ticking clocks and dynamic use of shadows. Two main characters. Elisabet, play by Liv Ullmann and Alma play by Bibi Anderson Ingmar Bergman 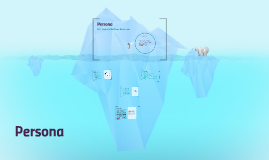 Transcript: By: Isabella Dickens-Bowman Persona is the aspect of someone's character that is presented to or percieved by others The character of Marlowe is Conrad's mouthpiece, the persona he chose to use in order to share his feelings about his own visit to the Congo Influences the "voice" of the poem Can be defined in a literary work as a voice or an assumed role of a character that represents the thoughts of a writer or a specific person the writer wants to present as his speaker Example Usage In Poetry Heart of Darkness: “Now when I was a little chap I had a passion for maps. I would look for hours at South America, or Africa, or Australia, and lose myself in all the glories of exploration…., and when I saw one that looked particularly inviting on a map (but they all look that) I would put my finger on it and say, ‘When I grow up I will go there…… Well, I haven’t been there yet, and shall not try now. The glamour’s off…. well, we won’t talk about that.…..” Can be the part, or character, played by an actor It is the personality and characteristics that are put forward to be viewed Comes from the Etruscan word "phersu" which means theatrical mask The speaker of a dramatic monologue is also known as a persona. Used by such poets and authors as: T.S. Eliot, Robert Browning, Ernest Hemingway, and Joseph Conrad Definition Persona Persona Questions: What Is It? 1. Who is the persona the mouthpiece for? 2. What is an example of persona being used? 3. Is there a certain structure for persona? 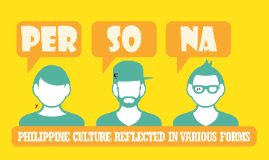 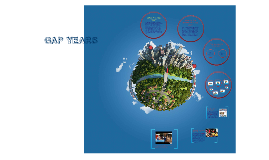 Transcript: GAP YEARS Pros and cons of a gap year? Go to 2:24 for the information on how volunteering made them feel What is a Gap Year? A gap year is a year our before, after of during university to try to help tackle the next stage in peoples education or career. This is a constructive time period of time spent away from the 'normal' life people have to do something out of the ordinary and experience something that could change their life. Lose momentum of working/studying Leaves you a year behind Money issues- consider costs Problems may occur with organized trips. Gives you a chance to mature before university An opportunity to regroup A chance to experience something new A chance to figure out what you want Good on uni forms and resumes MONEY- saving money Personal gap year experiences Pros The opportunities of a gap year are endless, but there are three main purposes of gap year these are to TRAVEL, WORK or VOLUNTEER. But you MUST remember to be clear about what YOU want from the gap year and develop your plan to suit YOU! Summary of questionairre Jacks gap is a YouTube channel created to allow Jack and Finn to share their gap year experiences with the internet. They take footage of their trips and editing this into a 'vlog' sharing their thoughts and feelings on this trip. I have chosen to use their trip to the 'rainbow center' because it shows them volunteering and how this has opened their eyes to how poor people in other countries really are. On their family holiday to sri lanka over the Christmas period, they are invited to go to visit the Rainbow Center to see the children and how they spend their Christmas day in the remote streets. This leaves them feeling emotional, The people live in very remote towns with children often having to cross live railways. in contrast to the lives of the young people in the center, which they were pleased they didn't turn the opportunity down. What is the purpose of a gap year? Cons What did they do on this trip?