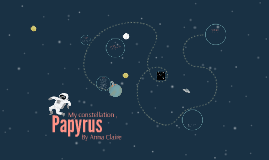 Transcript: This constellation is not real Anna Claire is not responsible for any one who thinks it is . - Anna Claire I hope you liked it!! The story of Papyrus takes place a long ,long time ago . Since we dont have time travel I'll just tell you .So, a long ,long time ago there was a plant that had medication that helped all illnesses . This plant was named Papyrus . This plant was made by the god of plants,Plantis . There was another god named Memphus , he ruled over over sickness . Memphus was upset because no one ever got sick so he planned revenge over Plantis . Soon there was a battle between Plantis and Memphus . The battle was big ,bloody even . After the battle Papyrus was scared so he told Zeuse to place all the plants by the name ,Papyrus in the stars. Papyrus Why can we find it on earth? By Anna Claire Well, it's said to of fallen from the skies and landed on earth Star Chart/diagram My constellation , Papyrus thank you !!!!! this is up close picture of Papyrus 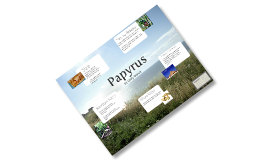 Transcript: Papyrus The End! Photo credits: 'horizon' by pierreyves @ flickr ~Many people believe that Moses' mother hid her son in an ark made of papyrus ~The flowers of the papyrus plant were made into garlands for the shrines of the Egyptian Gods ~Papyrus plant material was also used to make sandles and sails for small boats ~The earliest known papyrus sheet dates back to around 500 years before Egypt's Early Dynastic Period (which began at around 3050 B.C.) Size An Example: By Emily Brown ~The largest sheet of papyrus ever found is 41.15 meterse long and is in the British Museum ~ Most papyrus sheets are around 23 by 13 centimeters Sources: http://www.ancient-egypt.org/ http://www.worldbookonline.com/student/article?id=ar413640&st=ancient+egypt+papyrus willsquills.com.au paulashouseoftoast.blogspot.com 30 Papyrus is really old! Random Facts The two sides of a papyrus sheet are called the "recto" and the "verso". The papyrus plant can be anywhere from three to ten feet high! Ties to Religion A pyramid built during the Early Dynastic Period A pair of papyrus sandals A papyrus plant Here is something small... A papyrus sheet More Uses en.wikipedia.org tts-group.co.uk travelinstyle.com A papyrus flower 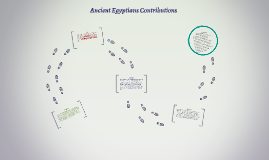 Transcript: Papyrus Calendar Papyrus an important role in keeping their land vigorous. Papyrus brought nothing but satisfaction and benefits to the Pharaoh and his people. The papyrus reed was used as a universal materiel by the Egyptians. It will amaze you in how many ways it pervaded the lives of the ancients. The plant Papyrus was found along the banks of the Nile River. Today we don't use Papyrus as the material to make paper, we use trees but we use paper the same way. It is helpful today because even though we make paper with trees, if Egyptians didn't make paper with Papyrus we wouldn't know how to create paper. Ancient Egyptians had medical knowledge. The treatment of illnesses was no longer carried out only by magicians and medicine men. We have evidence that people existed who were referred to physicians and doctors. Their knowledge almost came from the discoveries of papyrus documents. Today it helps people get better from the illness. Without medicine a lot of people would have died already. Everyday at least one person Ancient Egyptians Contributions Hieroglyphics Egyptians wrote the calendar in Hieroglyphics. It was based on the lunar cycle of 12 months the Egyptians grouped into three seasons of four months. The seasons of the Egyptians calendar were believed o have been chosen to correspond t the cycles of the Nile which was central to the life of the Egyptians. The calendar today helps us a lot by keeping us track by what moth, day, year we are in. It also helps us in the seasons. Back in Egypt there calendar only had 360 days but toady's calendar has 365 days. Hieroglyphics was an important contribution to the Egyptians because they wold use hieroglyphics to communicate. Egyptians used hieroglyphics for writing or carvings. Today we don't use hieroglyphics for writing, we use letters, and numbers. Now we don;t use hieroglyphics because people don't know what each symbol would represent only Egyptians would know. Ink is one of the greatest invention and most used contributions Egyptians invented. Its was made out of soot mixed with vegetable gum and beeswat, subtituted soot with other organic material to make ink of different colors. Now in days we make ink by mixing tannates, gallates of the proto and sesquioxide of iron. Today we don;t use ink like egyptians did now we use it on pens. Ink Medicine 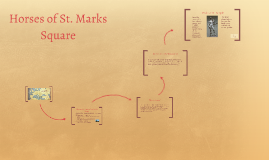 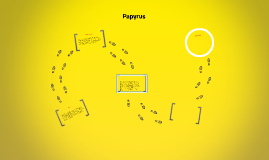 Transcript: Papyrus The Egyptians used papyrus to make paper. We get our word paper from papyrus. They cut the stem into long thin slices and kept them wet. They pressed the slices on top of each other to make a large thick mat. Then they could write on the dried mat. Conclusion The little boat that Moses's mother made to hide him inmaybe was made of papyrus. The Pharoah had ordered all Hebrew male babies killed. He was afraid of the large number of Hebrews. Miriam, his sister, watched baby Moses in the papyrus boat. When the princess came to the river to wash, she found the baby and raised him as her own son. Papyrus into paper Papyrus is a tough reed that grows in the marshes by the Nile River. It was used for many things by ancient Egyptians. They made boats for transportation on the Nile with it. They made furniture for their homes with it. They made their homes, especially the roofs, with it. Papyrus 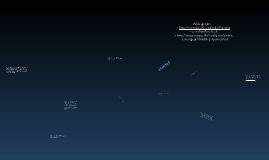 Transcript: papyrus A reed plant that grew along the shores of the Nile River. once used to make baskets, sandals, river rafts and many other things. the first step in paper making was to cut thestalks of papyrus into narrow strips 2nd you soak the strips ad pund them flat 3rd leave them in the air to dry and stiffen 4rth you join the strips to form a roll of paper the plant itself usually grows to be 2-3 meters tall. papyrus was not pliable enough to fold without cracking, so a long roll (scroll) was required to create volume texts. also papyrus had the advantage of being cheap, exept it was susceptible to both moisture and excessive dryness. in as late as the 12th century in the byzantine empire it was documented that papyrus was in use. "the english word papyrus derives, via latin, from greek. greek has another word for papyrus, byblos(said to derive from the name of the phoenician cit of byblos)." http://en.wikipedia.org/wiki/Papyrus in a dry climate papyrus is stable being it is formed of highly rot-resistant cellulose. but when stored in humid conditions molds may attack and destroy the material. in european conditions 200 year old papyrus was an extrodinary find. it is believed that in 4000B.C. papyrus paper was first used. Bibliography http://en.wikipedia.org/wiki/Papyrus social studies book http://www.mnsu,edu/emuseum/prehistory/egypt/dailylife/papyrus.html 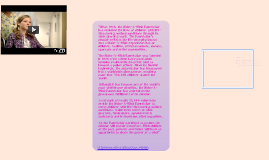 Transcript: "Since 1980, the Make-A-Wish Foundation has enriched the lives of children with life-threatening medical conditions through its wish-granting work. The Foundation's mission reflects the life-changing impact that a Make-A-Wish experience has on children, families, referral sources, donors, sponsors and entire communities. The Make-A-Wish Foundation was founded in 1980 after a little boy named Chris Greicius realized his heartfelt wish to become a police officer. Since its humble beginnings, the organization has blossomed into a worldwide phenomenon, reaching more than 250,000 children around the world. Although it has become one of the world's most well-known charities, the Make-A-Wish Foundation has maintained the grassroots fulfillment of its mission. A network of nearly 25,000 volunteers enable the Make-A-Wish Foundation to serve children with life-threatening medical conditions. Volunteers serve as wish granters, fundraisers, special events assistants and in numerous other capacities. As the Foundation continues to mature, its mission will remain steadfast. Wish children of the past, present and future will have an opportunity to share the power of a wish" Step 1: Referral We rely on medical professionals, parents and children themselves for referrals. Children who have reached the age of 2½ and are under the age of 18 at the time of referral who have not received a wish from another wish-granting organization may be eligible for a wish. http://www.wish.org/about/our_mission 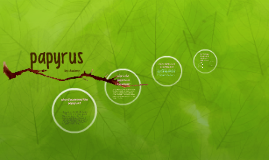