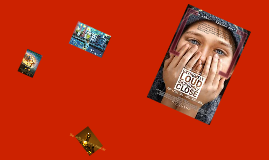 Transcript: The 84th Academy Awards 2.Actors: Owen Wilson, Rachel McAdams and Kathy Bates Scren play writer: John Logan Director: Woody Allen A family travel to the French capital for business. The party includes a young engaged couple who are forced to confront their differing views of a perfect life Actors: Asa Butterfield, Chlie Grace Mortez, and Christopher Set in 1930s Paris, an orphan who lives in the walls of a train station is wrapped up in a mystery involving his late father and an automaton. Director: Martain Scorsese A nine-year-old amateur inventor, Francophile, and pacifist searches New York City for the lock that matches a mysterious key left behind by his father, who died in the World Trade Center on September 11, 2001. 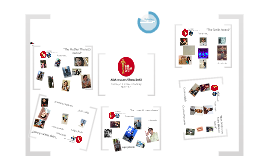 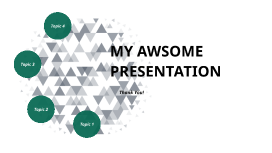 Transcript: MY AWSOME PRESENTATION Thank You! Janie at beginning of novel Topic 1 She was very naive and lack manner at the beginning of the novel.I know this because in page 21 she would ask questions like "Did marriage end the cosmic loneliness of the unmated?" "Did marriage compel love like the sun the day?". She is also lacks manner because in page 12 she kissed Johnny Taylor without even knowing. What are some events that caused Janie to change? Topic 2 1.Her marriage with Logan Killicks. In her marriage with Logan Killicks Janie learned that marriage isn't about love and that she should give up on that dream.I know this because in page 25 it states "Janie's first dream is dead. Janie's marriage with Joe Starks. Subtopic 1 When janie married Joe Starks she had a feeling he was a good man but as time went on that image of Joe was dead.After Joe's death Janie felt relived and free now that no one could tell her what to do.She also could trust no man and even if they were meaning no harm she couldnt feel safe nor trust them. Janie's marriage with Tea Cake Subtopic 2 Janie's marriage with Tea Cake was the marriage that Janie wanted.She loved Tea Cake and he loved her back but soon a hurricane came and destroyed thier happines.After Tea Cakes death janie had found herself and was at peace with the memories of her and tea cake. Janie At the End Janie had become an independent woman and was at peace and had also found herself. Topic 3 Evidence One. Evidence 1 In page 191 it states that janie found the seeds that tea cake was going to plant and that she "she meant to plant them for rememberance".It shows that janie doesnt need anyone to do the planting of crops for her and that she can do it herself. Picture Picture Evidence 2 Topic 4 In page 193 janie is shown to have found herself and be in peace after Tea cake's death.IN page 193 it states "The Kiss of his memory made pictures of love and light against the wall.Here Was Peace" from thid i can predict that janie is in peace even if Tea Cake died. 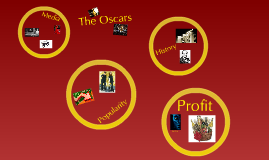 Transcript: The Oscars Media The red carpet is now a huge media event for fashion, giving designers an oppurtunity to show off their work. The newspaper is used in the 20's and 30's to post result of the winners boosting the public awarness of the event. Oscars begins broadcasting over the TV, they will eventually air to over 200 countires Popularity Viewers have gone down more than 20 million in the past 20 years The Oscars use younger hosts Anne Hathaway and James France in the hopes of a younger audience Profit The Oscars gain tons of exposure for the movies and actors that win the awards, that lead to huge profit boosts. Movie ticket sales double, and actors gain higher paying job oppurtunities. Avatar ticket sales increased 45% after winning three oscars and being nominated for nine, grossing over two billion dollars. Gift baskets worth over $100,000 are given out to promote products. History Louis B. Mayer came up with the idea of the Oscars over a dinner at his home with 36 of the most influential people in the buisness First oscars were on May 16, 1929 at the Roosevelt Hotel The statues given out were designed by George Stanley and have become a recognized symbol of the Oscars 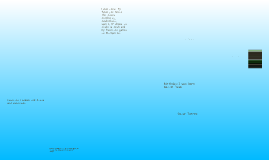 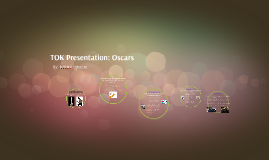 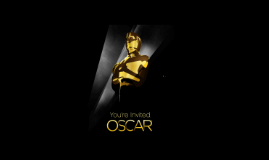 Transcript: Paul BODY LANGUAGE Astrid Less is more Feedback shower :) the idea with the Oscar - easier to follow - grabbed my attention :) it was funny because it was related to the Oscar :) easier to keep the attention - extraordinary :) entrance ticket made it more exciting :) video "bloopers" emotions - OMG - pressure is on :) everybody spoke in a clear way - speaking freely - easy to understand - looks as if you knew what you were talking about :) it's great that you stuck to the Oscar dress code - you tried hard to impress us -. wow effect :) video - surprising that we saw Astrid - twist to something old and makes it new :) use of prezi - it seems to be very professional - everything was fitting together - corporate communication :) it was good that you did and demonstrated what you told us :) the story - personal story - helped us to connect with you Tobi VISUALIZATION Michaela Don't let your audience stare at you- interact with them Don't just look at your audience, connect with them through eye-contact Sandra Anna Bettina Steffi PREPARE PRACTICE PERFORM Philip AUDIENCE INTERACTION 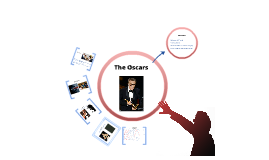