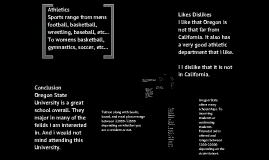 Transcript: Oregon State University by Ernesto Silva Table of Contents Size History of College Enviorment Admission Requirements Academics College Expenses Financial Aid Housing Activities Campus Visits James Knox Whetherford founded Oregos State. Was founded in 1868. Located in Corvallis, Oregon just 90 miles south of portland. There school colors are orange and black. There Mascot is Benny the Beaver. Also Oregon State recieves more money for research than any other institution in Oregon put together. There are 24977 students enrolled and the campus is 400 acres. OSU is a coeducational public university. Located in a small rural town with lots of beautiful nature sites. OSU requires a 3 week prior to start of term apllication date. The new version of the SAT and CAT required for anybody graduating after 2006. A minimum of a 3.5 GPA is neccesary. Higher the better. Arts and Social Science. Business Science and Natural Resources. Student Faculty Ratio is 20-1. And the average classn size is 20-25 Tuition along with books, board, and meal plan average between 22000-32000 depending on whether you are a resident or not. Oregon State offers many scholarships. To incoming students or continuing students. Financial aid is offered and ranges between 5000-20000 depending on the cicumstances. Athletics Sports range from mens football, basketball, wrestling, baseball, etc... To womens basketball, gymnastics, soccer, etc... Likes Dislikes I like that Oregon is not that far from California. It also has a very good athletic department that i like. I I dislike that it is not in California. Conclusion Oregon State University is a great school overall. They major in many of the feilds i am interested in. And i would not mind attending this University. 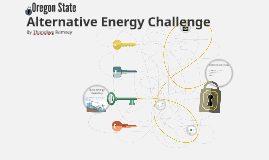 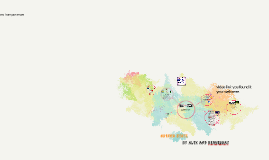 Transcript: Douglas fir I see you The END jjjjjjjjjjjjjjjjjjjjjjjjjjjjjjjjjjjjjjjjjjjjjjjjjjjjjjjjjjjjjjjjjjjjjjjjjjjjjjjjjjjjjjjjjjjjjjjjjjjjjjjjjjjjjjj Batman Indian tribes discovered Oregon because they lived there but apparently doesn't matter but spanish explorers did made a public discovery of Oregon in 1543 . The State was made a state in 1859. You are about to learn a lot about Oregon not just the state but its history also. By Alex and beaverbat yes i can pan more Oregon's state tree is Douglas fir Its the second tallest conifer in the world. The state flower is Oregon grape it is used for medicine. The state bird is Western Meadowlark it is not even near extinct so don't worry it's not going to die. Oregon's state nickname is beaver state. Oregon has the most ghost towns in America. Western Meadowlark Oregon state stuff Oregon trail g Oregon grape Chocolate milk Oregon state Intro That's all the state information I have on the state Oregon. Sadly Oregon doesn't have a state dog even beaverbat is outraged. Oregon is still an amazing state even if it's infested with ghost just remember when going to Oregon the beauty and don't pay attention to the fact that the state animal is the beaver/beaverbat. They have a sandcastle day. Salem is the capitol of Oregon . Washington is the north border Idaho is the west border California and Nevada are the south border. the pacific ocean is east border. 3.97 million people live in Oregon. Oregon's region is northwest. The state motto is alis volat propiis or she flies with her own wings. The Oregon trail started Oregon as a state by moving thousands of people to Oregon because there was lots of free land. video link you found it your welcome. Oregon is the only state with a state nut which is the hazelnut. Oregons state beverage is milk. Oregon sadly is debating what dog is there state dog so no state dog Oregons region is northeast. Oregon begins a More state stuff hazelnut Fun facts 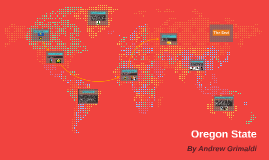 Transcript: James Beard, a food expert, Matt Groening, a cartoonist that made the simpsons, Steve Prefontaine, and athlete, and Norton Simon, a buisness executive, are all famous people in Oregon. Oregon's nickname is The Beaver State. Oregon is in the region called the Pacific Northwest. It has Crater Lake National Park, Mt. Heod, and the Columbia River Gorge as landmarks as landmarks. Oregon is known for beavers, Christmas trees, and lumber. Capital- Salem Abbreviation- OR Statehood- February 14, 1859 Famous People and State Nickname In 1806 Lewis and Clark reached the end of their journey in Oregon. In 1843 the first wagon train went to Oregon. In 1943, there was a Japanese submarine found in the Columbia River. By Andrew Grimaldi State Flag and Seal Histrorical Events The End Flower- Oregon Grape Tree- Douglas Fir State Bird and Governor Oregon State Bird- Western Meadowlark Governor- Kate Brown State Capital Abbreviation and Statehood Women's Basketball- Portland Fire Football- Portland Forest Dragons Basketball- Portland Trail Blazers State Tree and Flower State Sports Teams Region, Landmarks and What the State is Known For 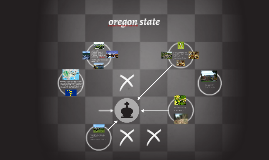 Transcript: the Western Meadowlark is native throughout western North America and is known for its "distinctive and beautiful song." Oregon is known as "The Beaver State" Flower: The Oregon-grape Tree: David Douglas Oregon state university Portland State University Oregon farmers also produce cattle, sheep, dairy products, eggs and poultry. Oregon state has not many factories. oregon state Oregon is a state in the Pacific Northwest region of the United States. It is located on the Pacific coast, with Washington to the north, California to the south, Nevada on the southeast and Idaho to the east. capital: Salem largest city: Portland population: about 4m highest point: Mount Hood governor: John Kitzhaber The Willamette River the most popular area. 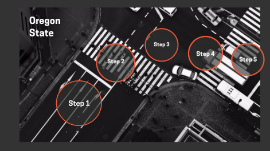 Transcript: Oregon State Step 1 Step 5 Step 4 Step 3 https://www.google.com/search?q=Oregon&rlz=1CAPRBF_enUS826&source=lnms&sa=X&ved=0ahUKEwj8_v6Bg9XhAhWSdt8KHXM_BEkQ_AUICSgA&biw=1366&bih=609&dpr=1&safe=active&ssui=on# Nickname Nickname: The Beaver State It's called this because of the association with beavers and because of the admirable qualities of intelligence, industry, and ingenuity of the animal Nickname State Flower State Flower: Oregon Grape It got its name from the purple fruits that form a robust yellow flower crust State Flower State Bird State Bird: Western Meadowlark It was chosen by Oregon's school children in a poll State Bird State Flag The Flag was designed by Marjorie Kennedy and Blanche Cox. It was found in April 15, 1925. State Flag Step 2 NEXT QUARTER 3 Oregon State Attractions Mount Hood National Forest: The historic town of Government Camp and the nearby Timberline Lodge are big attractions. Newberry Volcanic Monument: The monument provides a unique scenery to explore. Popular activities include bicycling, hiking, and boating. Silver Falls State Park: It provides the most dazzling display of waterfalls. The Oregon State Park system is home to the Trail of Ten Falls. Burns Paiute Tribe It was created in October 13, 1972 They're known for possessing many good qualities. It's located in Burns, Oregon Danny Ainge basketball player Born in Eugene, Oregon He was the second player in NBA history to hit 900 three-point shots and he ended his career with the Blue Jays. Beverly Cleary author Born in McMinnville, Oregon She has written more than 30 books. She is best known for her "Ramona" books. ? 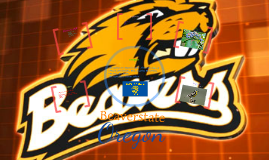 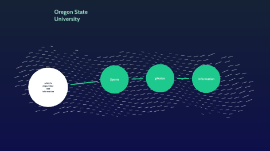