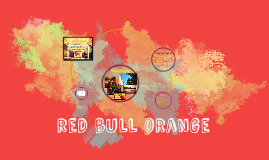 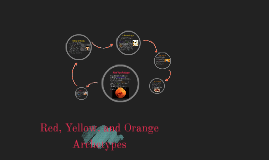 Transcript: Red, Yellow, and Orange Archetypes In Eastern cultures, such as China, red is the color for good luck. Although times are changing and many Chinese brides today are dressed in white, red is the traditional color for weddings. In Indian cultures, red color meaning symbolizes purity and is often used for their wedding dresses. The archetype for the color red is defined by western culture as dramatic, energetic, brave, dangerous, determined, passionate. Red is an extremely intense color. It symbolizes life – red is the color of blood, war and Mars. Simply looking at the color can enhance metabolism, increase respiration rate and raise blood pressure. Red Archetype It is a sacred national color in China, and to the Buddhist, yellow is the color of humility. Yellow is reserved only to people of high rank in many African nations, because of its close resemblance to gold, which is universally associated with money, quality, and success. Egyptians also closely associate yellow with gold, which was commonly used to paint mummies and tombs before the deceased were sent to the afterlife, making it symbol for mourning. In Western culture, orange combines the energy of red and the happiness of yellow, and it shares many of the same associations: joy, sunshine, passion and fun. It is a very hot, spicy color, so it gives the sensation of heat. It doesn't read as aggressive, though, as it rather invigorates and stimulates mental activity. It is youthful; it can be representative of healthy food and appetite. Orange also is the color of fall and harvest. The archetype for the color yellow is defined by Western culture as sunny, cheerful, joyous, happy, excited, inspired, creative. The color is warming, encourages mental activity and generates muscle energy, stimulating intellect and vigor. Yellow color meaning shows that it relies mostly on itself and prefers not to get emotionally involved. It relates to ego, self-confidence, how one sees thyself and how others see him. Yellow Archetype Orange Archetype Red Archetype In many Middle Eastern countries, such as Egypt, orange is associated with mourning. In Japanese and Chinese cultures, orange signifies courage, happiness, love, and good health. And in Indian cultures, it's symbolic of fire. The orange-colored spice, saffron, is considered to be lucky and sacred. A symbol of strength and bravery in Ukraine, orange represents a time when the country came together in 2004 and stood up to the government during one of the biggest fraudulent presidential elections in history, known as the Orange Revolution. Orange Archetype Yellow Archetype 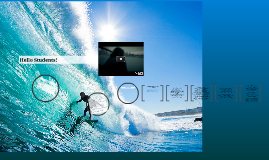 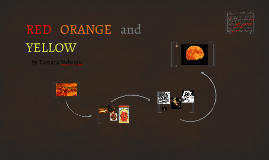 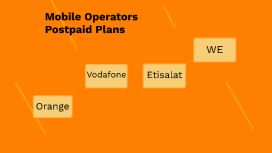 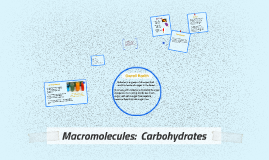 Transcript: We concluded that there was sugar present in the sugar popsicles, and that there was no sugar present in the sugar free popsicles. Macromolecules: Carbohydrates Purple Popsicle Sugar Free-blue Sugar-yellow Orange Popsicle Sugar Free-blue Sugar-yellow For a postive control test, we used dextrose to see what large amounts of sugar looked like. A person with diabetes who wants to enjoy a popsicle, but cannot intake too much sugar, can eat a sugar free popsicle because they truly are sugar free. Sugars are a type of carbohydrates. What is a Carbohydrate? Diabetes is a group of diseases that result in too much sugar in the blood. Analysis The scale is blue to red. Blue - No Amount of Sugar Red - High Amounts of Sugar 1. Predict colors for your experiments and your control types. 2. Add 1 mL of dextrose to a test tube. 3. Mix the sugar with 10 mL of water in the test tube. 4. Add 2 mL of Benedict’s Solution to the test tube. 5. Put the test tube in a hot water bath for 3-5 minutes. 6. Repeat steps 1-5 with water instead of dextrose. 7. Compare the control positive test (dextrose) with your control negative test (water). 8. Repeat steps 1-5 with 3 different colors of both sugar and sugar free popsicles, replacing the dextrose with the popsicles. For a negative control test, we used distilled water to see what no amount of sugar looked like. Our Experiment Overall Health Carbohydrate: One of the main types of nutrients and the most important source of energy for your body. Red Popsicle Sugar Free-pink Sugar-tan They supply energy and storage of energy for your body to use. Procedures Our Results We saw that the sugar popsicles reacted with the Benedict's Solution to make colors that indicated there was sugar present in the popsicle. We used Benedict's Solution to test the amount of sugar in sugar and sugar free popsicles. The sugar free popsicles reacted with the Benedict's Solution to create colors that indicated there was no sugar present in the popsicle. Conclusion 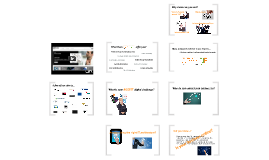 Transcript: ...We have a solution to all your digital marketing needs. Business Presentations Email & SMS Marketing We understand YOU Digital Strategy & Consultation Facebook & Mobile App development Is your business online? Social Media Marketing Who do you entrust your business to? 3D & 2D Animations Are you using the right IT architecture? What is your BIGGEST digital challenge? Online Advertising A few of our clients... In-house Development Team Search Engine Optimisation Digital experts Many companies believe in our experts... Why choose us, you ask? Analytics & Reporting Did you know...? What Does offer you? Website development and hosting services There are more than 2 billion people online More than 35% of the population in UAE are online. This percentage is growing at 2000 times year on year Over 39% of customers come via searches on the internet 41% of businesses are wooing customers using social media Warm & Personal support 24/7 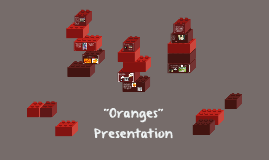 Transcript: Help Me!! #otp After, they made it to the local drugstore they walked in to buy the snacks they wanted On the way the boy gets barked at by a dog This presentation was made to make you guys feel like your there seeing the Poem "oranges" in real life. I wanted to find the right picture to fit each slide, so that you guys could have the best experience. This Presentation was a fun thing to do and i'm looking forward to more presentation throughout the year. Overall I thought "oranges" was a great poem and i can't wait to see what the next topic is for our upcoming presentation. The boy only had 5 cents but the girl wanted a 10 cent chocolate so he didn't say anything to make her happy and made a risky move but prayed that the clerk would have a heart and let him pay the rest w/ one of the oranges he had packed Conclusion ANd FInal thoughts BArk Bark!! The boy and the clerk both look each other in the eye and they both know why!! AHHHH! As the boy prepares himself to go pickup his girlfriend he packs two oranges and 5 cents PLSss!!! When the girl answers the door they talk and decide to go to a local drugstore to gets some snacks The boy and the girl walking to the drugstore holding hands #YOLO As the boy and girl walk into the distance they hold hands while the girl eats her chocolate and the boy eats his "OrangeS" As he walks he makes it to his girlfriends house and rings the doorbell "Oranges" Presentation That orange really saved me this is The boy as he waits for someone to answer the door But tHe clerk lets it slide knowing that the poor boy didn't have enough "Oranges" By: Gary Soto Presentation By: Derek Guillen