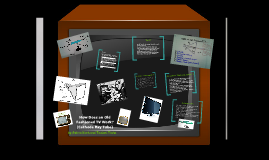 Transcript: How Does an Old Fashioned TV Work? (Cathode Ray Tube) by Andrea Stock and Taulant Toska The CRT The CRT consists of a vacuum tube with a narrow end and a wide end The narrow has an ion gun that shoots out a series of charge particles of electricity (the beam) A series of electromagnets guide particles to specific points on the wide end (the screen) CRTs are heavy due to the large amount of glass they contain, which makes them inefficient Works Cited: Brain, Marshall. "HowStuffWorks "Cathode Ray Tube"." HowStuffWorks "Electronics". N.p., n.d. Web. 11 Mar. 2013. <http://electronics.howstuffworks.com/tv3.htm>. "Chemistry Learning Center Lecture Demos/ The Department of Chemistry at the University of Illinois at Urbana-Champaign." Chemistry at Illonois. N.p., n.d. Web. 11 Mar. 2013. <http://www.chem.uiuc.edu/clcwebsite/cathode.html#>. "How Does a Television Work? (with pictures)." wiseGEEK: clear answers for common questions. N.p., n.d. Web. 11 Mar. 2013. <http://www.wisegeek.com/how-does-a-television-work.htm>. How does the CRT Work in an Old Fashioned TV? How Does the CRT Project an Image on a TV? 5. There is no way to steer the beams, so steering coils create magnetic fields inside the tube, and the beam responds 6. The coil creates fields that moves the beam horizontally and vertically 7. Phosphors filter the energy of the beam to strike the exact point on the screen, and pixels create a colored image There is one beam for black and white, and 3 for color for the phosphors 1. The anode, being made of protons, attracts electrons pouring out of the cathode 2. The stream of electrons is focused by a focusing anode into a tight beam and then accelerated by an accelerated anode 3. The tight, high speed beam of electrons flies through the vacuum in the tube and hits the flat screen at the other end of the tube 4. The screen in coated with phosphor, which glows when struck by the beam The Cathode Ray Tube The "cathode" is a heated filament, much like that of a light bulb, in a glass "tube" An "anode" is the positive terminal, and the "cathode" is the negative terminal The "ray" is a stream of electrons that pour off a heated cathode into the vacuum TVs used to rely on CRTs to display images, but plasma and LCD are much more popular these days Old Fashioned TV: Cathode Ray Tubes 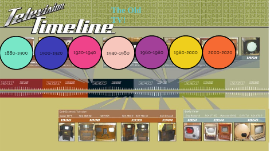 Transcript: The Old TV! 1880-1900 the oldest video ever made was in 1888.roundhay garden scene. this was a hand drawn film.this is not the oldest animation,it is the oldest full cartoon.Fantasmagorie is an 1908 French animated film by Émile Cohl. It is one of the earliest examples of traditional (hand-drawn) animation, and considered by film historians to be the first animated cartoon. was the first color movie in 1918. the oldest full cartoon and color movie 1900-1920 Cupid Angling our gang is a old version of little rascals.it was on TV in 1922-1944.in the start.sound TV wasn't available,so they write the words separately on the next slide.the first film with talking was also made in 1927 our gang 1920-1940 The Jazz Singer 1940-1960 first video game October 1958: Physicist Invents First Video Game. In October 1958, Physicist William Higinbotham created what is thought to be the first video game. It was a very simple tennis game. the original scooby- doo 1960-1980 Scooby-Doo, Where are You? made its CBS network debut on Saturday, September 13, 1969 with its first episode, "What a Night for a Knight". The original voice cast featured Don Messick as Scooby-Doo, Casey Kasem as Shaggy, Frank Welker as Fred, Nicole Jaffe as Velma, and Stefanianna Christopherson as Daphne. Some versions of the Mystery Machine in the cartoons have had rear engines which would suggest a VW or Corvair Van. Others were plainly modeled on the Chevy G10. In the live action movie the Mystery Machine was clearly a Ford Econoline. toy story(1995)was the first full 3D animated movie.it's not the first 3D film,but it's the first 3D more then 10 minutes movie. 1980-2000 toy story avatar 2 fast and furious 9 guardians of the galaxy vol.3 mulan(real life) maleficent 2 bad boys for life untitled marvel movie(s) sherlock homes 3 the six billion dollar man the croods 2 godzilla vs. kong bob's burgers movie cyborg looking ahead.(2020) 2000-2020 Fantastic Beasts and Where to Find Them 3 Doctor Sleep 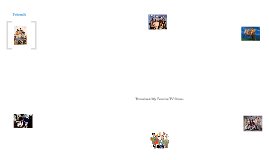 Transcript: Throwback:My Favorite TV Shows Friends Friends is an American sitcom created by David Crane and Marta Kauffman, which aired on NBC from September 22, 1994 to May 6, 2004. The series revolves around a group of friends in Manhattan. The series was produced by Bright/Kauffman/Crane Productions, in association with Warner Bros. Television. The original executive producers were Crane, Kauffman and Kevin S. Bright, with numerous others being promoted in later seasons. The lives, loves, and laughs of six young friends living in Manhattan. 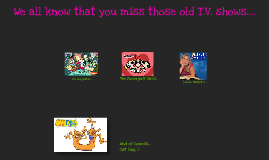 Transcript: We all know that you miss those old T.V. shows.... Silly Babies on crazy adventures! The Powerpuff Girls... Adventureous Girls with Super Powers... Lizzie McGuire... Three Teens Just Living Their lives... And of course... Cat Dog :) A Cat and a Dog Morphed into One... The Rugrats... 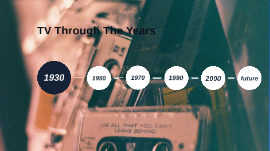 Transcript: TV Through The Years 1930 The first official introduction of the commercial TV was in 1939. It was available for anyone who wanted to buy it. The first channels you could get were NBC and CBS. Although they we available, many families could not afford them. TVs back them were anywhere form $400 to $500 dollars. The average family income was around 1,300 a year. 1930 Television 1950 The 1950 has been called the golden age of television because of all the amazing TV shows that were being broadcast. By now color had been invented and even a remote control were available too. Although these were a thing you could purchase, many people did not . By the end of the decade a smaller TV without color would cost you about $200. A bigger TV with color would be around $500 dollars. The average household income was 3,300 dollars a year. 1950 Television 1970 By now the first episode of the beloved TV show "Sesame Street" first aired. There were now evening programs on every night. The average salary for a household was around $7,500 and TVs would cost you $400 to $700 dollars. 1970 Television The 1990 was the age of technology. Many new devices were coming out and the internet was the new thing. A lot of homes could go out and buy the personal computer for there family. New channels like HBO and FCC aired more and more TV shows. 1990 Television 1990 At this point in time families were buying the new home DVD player. Now families didn't have to go to the theater to watch movies. They would just stay in the comfort of their homes. With advances in technology, manufacturers could make the screen wider and and a better quality of picture. Reality shows become the new thing. American Idol was the biggest show then. Now for a 30- second add on the show would cost 750,000 dollars 2000-Now Television 2000 The futuristic TV will be clear like class and connect to all of the other appliances in the house. When people leave the room it will pause the show that you were watching. Also it will be 3D without having to wear classes. Futuristic Television future 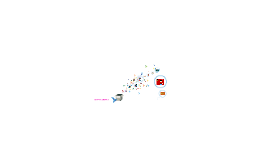 Transcript: ZACK AND CODY ZOEY 101 NED'S MANUAL OF SURVIVAL DRAKE AND JOSH KIM POSSIBLE THE BUZZ ON MSGGIE HERE WE WILL SHOW YOU A LIST OF OUR CHILDHOOD FAVOURITE TV SHOWS FROM DISNEY AND NICKELODEON HANNAH MONTANA WIZARDS OF WAVERLY PLACE THAT'S SO RAVEN OLD TV SHOWS STARING MILEY CYRUS IT BELONGED TO DISNEY BUT SHE LEFT. JAKE LONG OLD TV SHOWS 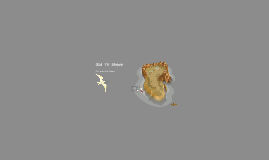 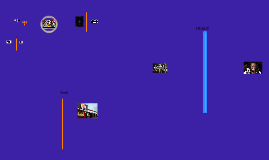