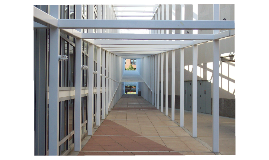 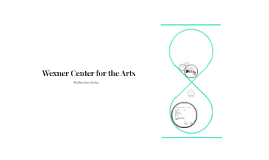 Transcript: Additional Information The Wexner Center was founded in 1989 as a place for all sorts of creative expression. They have performances, art, and media arts. The center is named after Harry L. Wexner who was a major donor to the center. It was started with the intent to spread art throughout Columbus, Ohio. The Wexner Center has created a space for performing arts on our college campus. It's hugely important for people to be cultured and at the Wexner Center you can see art that you wouldn't be able to see at other places. Where else could you see a multimedia presentation of poetry and string music. I previously attended Michigan State University, another Big 10 school, and we didn't have anything like the Wexner Center, I think it's so amazing there is such diverse art on our campus. The ability to be able to see this kind of art is so amazing, it opens college kids up to a whole new world they wouldn't have been able to see if The Wexner Center wasn't here. Katherine Steitz The Wexner Center works cited: "The Wexner Center for the Arts". Web. October 3rd 2014. So...why is the Wexner Center important? Wexner Center for the Arts exterior of the center Contact Information: (614)-292-3535, 1871 N High St, Columbus, OH 43210 to visit: sun: 11am-6pm mon: closed tues-wed: 11am-6pm thurs-fri: 8am-8pm sat: closed website: http://wexarts.org/ twitter: https://twitter.com/wexarts The Wexner Center is a spot on campus for all sorts of creative expressions. Every Friday they show a movie or film at 7pm, some of which are "The Good, The Bad, and The Ugly", "The Epic of Everest", and "Jodie Mack: Let Your Light Shine". They also are housing an art exhibition from September 21st to December 31st titled; Transfiguration: Modern Masters from the Wexner Family Collection. In addition to films and art, the Wexner Center also showcases the performing arts. In the upcoming month they have Aakash Odedera performing dance, Landfall performing multimedia art with poetry and music, and Sharon Van Etten who will be singing. The Wexner Center provides multiple different versions of art, all in one place History of the Wexner Center me in front of the wexner center! What is the Wexner Center? 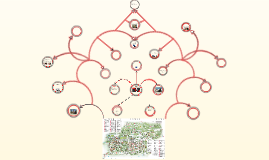 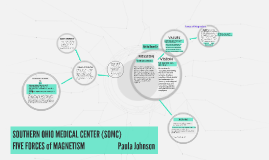 Transcript: SOMC has a code of conduct and a standard of behavior that reflects their values. I think it takes teamwork and interdisciplinary collaboration to achieve the recognition they have received. I think to achieve these awards of distinction, it would take great leadership from the bottom to top levels. I think there are issues no matter where you go, but it appears SOMC has got it together. SOMC offers educational assistance for certain degrees that are covered either 50% or 100% with a work commitment. Relationships:We will build and sustain exceptional relationships. Service: We will deliver and sustain exceptional customer service. Why? Would I work for SOMC? Access to Healthcare PROFESSIONAL DEVELOPMENT COMMUNITY AND THE HOSPITAL Tobacco Use Community Health Needs Assessment SOMC is above Ohio and National standards for HCAHPS MISSION QUALITY of CARE Get to Know Us We strive to live out that mission by providing our region with the highest quality of care, delivered by professionals who are among the best in their fields. We extend that care and passion to make a difference into the community by being a very good neighbor, employer, and community supporter. http://www.somc.org/about/assets/reports/quality/SOMCQualityDashboard.%20FY13.pptx SOMC is above the Ohio and National standards on HCAHPS for quality improvement. Since its inception, SOMC has committed itself to excellence, in nursing and throughout the system, developing five core strategic values that guide everything we do. These strategic values include: VISION Nutrition, Physical Activity, Weight VALUES IMAGE of NURSING Forces of Magnetism Education and development of skills are supported to meet the requirements of magnet status. SOMC conducted a needs assessment to identify the gaps in healthcare in the communities in which they serve. They worked closely with other local agencies to tackle these areas of opportunities. The community needs were ranked and prioritized by importance per a set of criteria. TOP 3 Identified Needs We will make a difference. http://www.somc.org/about/assets/reports/safety/SOMCSafetyDashboardFY13.pptx We will become the leading medical center in our region. They have been re-designated Magnate Status in 2013 Fortune 100 Best Companies to work 6 years in a row Voluntary Protection Programs Star Designation for safety excellence leadership Ranked 10th overall best place to work by Modern Healthcare 3 years in a row SOMC employees are not left out. The Health and Wellness office sponsors the Healthy Partner Program that serves the needs of the employees and their eligible partners. SOMC posts their end of the year strategic value reports to the website for public viewing. SOMC offers professional development opportunities online. SOMC uses the magnet accreditation to promote the professionalism and excellence of their nurses. It lets the community know their nurses are set apart because they are part of an organization that is only one out of 400 hospitals that to be recognized by the American Nurses Credentialing Center. YES Quality: We will deliver and sustain exceptional quality of care. QUALITY IMPROVEMENT Safety: We will build and sustain an exceptionally safe organization SOUTHERN OHIO MEDICAL CENTER (SOMC) FIVE FORCES of MAGNETISM Paula Johnson http://www.somc.org/about/assets/results/PatientSurveyResults.pdf We work to be recognized for having the most satisfied patients, the best possible clinical quality and outcomes, the latest in technological advancements and procedures, and the best physicians, and employees Performance:We will achieve and sustain exceptional financial performance. 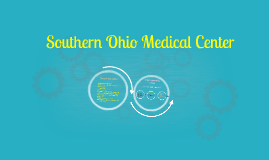 Transcript: Southern Ohio Medical Center stars ready to shine for red cross General Information 3 areas from CNN money linked company website: "Dancing with our stars" is a local dancing competition that serves as a fundraiser for the Ohio River Valley Chapter of the American Red Cross to help raise money. The event features two "stars" from the Southern Ohio medical Center. The southern Ohio medical center teamed up to with various businesses in Scioto count to create a breast cancer awareness video in recognition of breast cancer awareness month. CNN Money best company rank: 29 Name of company: Southern Ohio Medical Center # employees: 2,189 Job growth %: 6% 2011 revenue: $271 What makes it so great?: The employees are proud to work for a medical provider that has won numerous awards for patient care, a fact that's reflected in its average tenure. Headquarters location: Portsmouth, OH What connects me to this company: I am interested in the medical company. SOMC, Portsmouth Dance to Support Breast Cancer Awareness The Friends of SOMC is the main fund raising group for Southern Ohio Medical Center. This group of dedicated, mostly-volunteer community members, a number of fund raising events year round. The emphasis of the Friends Center is on fund raising events for the purpose of purchasing patient care equipment for SOMC, community education and health programs, and meeting/banquet facilities for community use. The Friends are anxious to serve the community through this unique community center. Southern Ohio Medical Center Friends of SOMC Social responsibility content 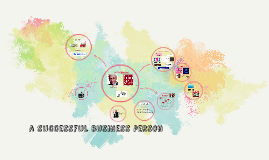 Transcript: 9 sept, 1937. Dayton, Ohio. L Brands Inc. Major in Business Administration A year later... Join with his parents. Philantropy & Service Real Time Net Worth As of 3/26/15 $7.6 Billion a successful business person Revenue $ 10.773 Billion Operating income $ 1.743 Billion Number of employees 99,400 First store in the Kingsdale Shopping Center Was listed as #258 in the 2013 Fortune 500 list of top companies. Leslie Wexner Wexner was recently recognized as the wealthiest man in the state of Ohio He was a major funder of the Wexner Center for the Arts at the Ohio State University He established the Wexner Foundation whose goal is to strengthen the field of Jewish leadership On 2011, Wexner pledged a donation of $100 million to Ohio State, allocated to the University's academic Medical Center and James Cancer Hospital and Solove Research Institute, with additional gifts to the Wexner Center for the Arts and other areas. This gift is the largest in the University's history. In 1963... Nowadays Wesner operates these retail brands: In 1969 Over the years... 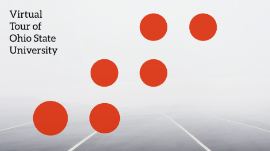 Transcript: Virtual Tour of Ohio State University Location: Columbus, Ohio 43210 Location The entire campus is 1,665 acres. It was founded in 1870, as a land-grant university. It was originally an agriculture and mechanic college until 1952. History of the campus. The Ohio Union is a welcoming environment to Students. It is used for activities, events, and community interaction. The Ohio Union The original Ohio Union was built in 1909, and was refurbished in 1939 for $35,000. In January 1947, they petitioned for a new union, for more gender equality. They decided to construct a new Union in 2008, and it was completed in 2010, and it is still used to this day. The History of the Ohio Union The Ohio Stadium, also known as the Horseshoe is a football stadium. It is the most recognizable building on the campus. The Ohio Stadium The Stadium can hold 104,944 people, the third largest North American football stadium in capacity. It has a 10 acre area. It was constructed in 1922, for more than $1,000,000. It was renovated many times for it to become what it is today. The Wexner Medical Center is not only for college students, its the leading medical building in Central Ohio. The OSU Wexner Medical Center The whole hospital has 1,382 beds, and was founded in 1834 by and started as a 26 bed hospital. Wexner Center for the Arts The Wexner Center for the Arts houses art exhibits, performing arts, and film/video. They have daily exhibits, and many other things there. The Steinbrenner Band Center is the rehearsal hall for the OSU band. There are practice rooms, rehearsal space and much more. There is a trumpet room, with is the second largest room in the building with cages for instrument cases. The Steinbrenner Band Center 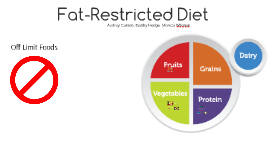