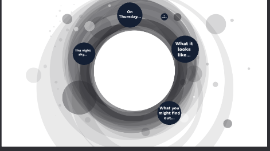 Transcript: 24.2.2020 NPS Presentation The night sky... On Thursday... We will be visited by astronomers from Kielder observatory. They will be bringing in something special that will let us see stars in the night sky - during the day time! What might it be? On Thursday... On Thursday... The dome... What it looks like... What you might find out... What you might find out... What the planets in our solar system look like - up close! How each planet is different from the others. When humans first entered space and what they are doing in space right now! 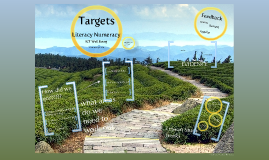 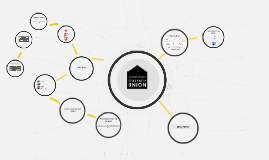 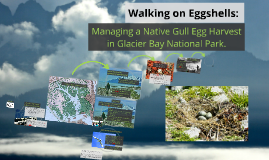 Transcript: The NPS has collected Monitoring data, 2012-2015 Egg Harvest Background Walking on Eggshells: Monitoring provides snapshots in time, but does not incorporate dynamism or interactions between ecological variables. Monitoring -Can- AM be used in designated Wilderness? Solutions 1) develop innovative experimentation and monitoring methods to reduce uncertainty -Vegetation -Predation 2) Commit funding resources to long term monitoring and research. (-No future monitoring is planned.) Problem Statement & Research Questions NPS Management Problem: NPS must protect Natural -and- Cultural resources. Harvest must "not impair the biological sustainability of gull population" inside GLBA. Gull colonies are dynamic Nesting habitat Predation Food Availability Gull eggs: key Huna Tlingit cultural food Subsistence ended by NPS in 1960's Fractious NPS/Native relationship Effort to legalize harvest since 1997 TEK and Gull Biological studies (1999-2002) LEIS (2010) Legislation signed by president July 2014. Ongoing: REGULATION PROMULGATION! Managing a Native Gull Egg Harvest in Glacier Bay National Park. LEIS (2010) "Monitoring of egg harvest activities, gull productivity, gull egg predation, and marine mammal disturbance and subsequent adaptive management would help ensure that the park’s purposes and values would be protected." Question: What might "adaptive management" of the Huna Egg Harvest look like under conditions of ecological dynamism, high uncertainty, and low controllability? "AM-Lite" "Adaptive Management" is nowhere defined. -Boat based "Chick-counts" are extremely error prone, even worthless. -Does not differentiate between breeding adults and non-breeding adults. -Egg counts confounded by predation, -No link between number of eggs at a given time and fledging rate/juvenile survival. Glacier Bay National Park LIMITATIONS, SAVINGS CLAUSES SEC. 815. Nothing in this title shall be construed as— (...) (4) modifying or repealing the provisions of any Federal law governing the conservation or protection of fish and wildlife including (…) the Migratory Bird Treaty Act (40 Stat. 755; 16 U.S.C. 703-711) From a suite of complex Ecological drivers Predation Nesting Habitat Availability Vegetation Shift Distance from land Individual Quality Super-breeder hypothesis? Food Availability Intertidal/Forage fish On the positive side, an "experimental" egg harvest was conducted in 2015 HIA/NPA relations are improving. NPS Monitoring has methodological issues Whats the ultimate question for management? This monitoring includes: -Colony distribution -Onset of laying -#'s of nests/eggs -Island circum. counts -Other species present How do harvest decisions impact gull population? (We dont know!) There is no link between actions and outcomes! Thanks for Your Time! How will the NPS "Manage" the Egg Harvest? Adaptive Management in name only. --Still "Ad-hoc" decision-making Now, What should the park monitor? Population Dynamics Recruitment, Im/Emigration, mortality, 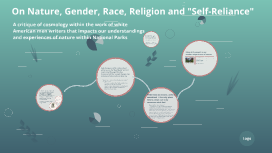 Transcript: On Nature, Gender, Race, Religion and "Self-Reliance" A critique of cosmology within the work of white American men writers that impacts our understandings and experiences of nature within National Parks Christian Scientists and the Scientific Revolution (17th c) Scientific Revolution deepens the constructed link between Christian understandings of nature, womanhood, and morality. Dualism is a problem. "It treats nature as a female to be tortured through mechanical inventions" - Merchant on FB's Christian philosophy of science Ideas still present in our modern experiences of nature What's the point? - The assumptions that color our understandings of race, gender, Christianity, and nature are neither natural nor universal. - In fact, they are often actively harmful to human beings as well as the non-human world. - All of these modern ideas were constructed in tandem with each other over centuries of colonization, and when we understand how they were created we can also deconstruct them. The implications of these ideas about women and nature are not accidental; they allow white men of Christian heritage to consciously and unconsciously understand themselves as the dominators of all other living beings, including non-white people and women. Still impacts the National Park Service today (lawsuits, environmental policy). Zion National Park and the "sublime" Early European settlers ideas about wilderness in the 'New World' are first constructed through Christian discourse, but the concept changes over centuries of colonization in America "Wilderness is quite profoundly a human creation" - William Cronon. Without a population that feels separate from nature, wilderness does not exist. Industrialization, secularization, and westward expansion all contribute to this changing definition of wilderness. “Gender, the bundle of habits and expectations and behaviors that organizes people and things according to ideas about the consequences of sexed bodies, is a crucial, deep, and far-reaching medium through which we encounter nature.” - Virginia Scharff, Seeing Nature Through Gender Colonization and women, wilderness, demons (17th c) Wilderness as chaotic, unholy, sexualized -> the only place where a man can truly commune with God Early European settlers like the Puritans viewed the world outside of their settlements as the chaotic, unholy abode of witches, devils, and demons. Gendered and racialized myths are rampant in these early constructions of nature; they never fully go away. Excerpted from Carolyn Merchant's The Death of Nature How does this change happen? - Through centuries of colonization, indigenous displacement, renegotiations of the Christian experience, and the heavy intellectual lifting of white men writers like Emerson, Thoreau, and John Muir - Muir actively and successfuly advocates for the institutionalized preservation of "public land" - Emerson's essay "Self-Reliance" in particular argues for that a man can only be a real Christian when living "alone" in "nature" (ironic) Logo 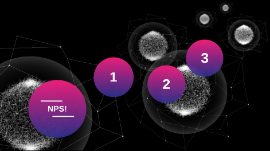 Transcript: NPS NPS! Net Performer Score HOW TO IMPROVE POWER WORDS I can I will I have Power Words Ownership I can take care of this. I will get this fixed. I have ensured this won't happen again. OWNERSHIP SETTING EXPECTATIONS This will arrive to you on x date. Our concierge follow-up team will contact you within 1-2bd. Your refund will take 3-5bd to process. SETTING EXPECTATIONS I will follow up with you within 1bd. Nonstop will call you within 2bd. Our delivery partner will call/email you within 2bd. CONFIDENCE CONFIDENCE If YOU don't believe you, your customer will not feel that you are giving them a proper or long term resolution. Even if you are not sure how to proceed, assure the customer that you are, and seek help! Make our customers confident in our partners as well - FedEx, Comenity, Suppliers. 1 You VS CMT THE PROBLEM COMMON PROBLEMS 1. Customer calls in with a minor issue (such as a small parcel address change after shipping) that cannot be resolved today and requires follow up. The package is not set for delivery until 4 days from now. You want to resolve their issue as soon as possible, but know that you are off work for the next day. How do you proceed? A. Tell them it will be fixed tomorrow (lie) B. Assign CMT and have them follow up C. Apologize you are off the next day, but offer to fix it the following day D. Tell them to call again ANSWER ANSWER This is an easy solution - if you don't have too much on your plate at the time and know you will be in the office, offer to fix it the following day you are in. This enhances the customer experience and can vastly improve your NPS based off a single, simple contact! If you are not expected to be in the office within the given timeframe, it is possible to assign a CMT. WHEN TO HAVE CMT FOLLOW UP #1 #2 #3 CMT FOLLOW UP Customer calls in with complex issue Figure out the core issue - what can be done now? What needs to be done later? Open CMT ticket, write detailed description of the issue, set expectations for customer 2 QUICK NPS FIXES 2 THE PROBLEM THE PROBLEM Customer calls in and already has a CMT assigned to their order and are simply expressing their frustration at the situation. The order has not been worked on by CMT yet or the previous SSC aside from the CMT ticket. What are some easy solutions to help the customer? A. Transfer to assigned CMT/CMT queue B. Offer 10% SAVE coupon C. Offer discount on existing order PLAN ANSWER B and C are both valid answers. 10% SAVE coupons are ideal, as they invite return shopping, are an instant solution, and customers love coupons! Some customers will refuse this 10% SAVE coupon, but assure them that we will be able to issue a 10% discount on this problematic order right now (if applicable). We do not want to transfer to CMT if it has not been worked on by the assigned person yet. TIMELINE TIMELINE Whenever giving a coupon, be sure to let the customer know it lasts 2 months and the expiration is stated in the email as well. When issuing a refund, be sure to let the customer know it will take 3-5 business days to process and be available. 3 3 EDUCATE, INFORM, BE REALISTIC EDUCATE TEACH THE CUSTOMER We can help our NPS as well as our FCR by educating our customer. Tracking replacement parts, viewing pre-paid labels, reporting damage etc. is all available online and we can give the customer the tools needed to help them value their own time by using these. Even if you simply mention to the customer that this is possible, most of the time they will ask for more information. If it is information pertinent to their exact situation, I generally educate them right away with a short and sweet explanation. INFORM INFORM Always inform your customer of any changes on their orders. It may require diving into a complex problem, but it definitely will affect their attitude towards Wayfair (and in turn, you) if you are upfront and honest, rather than giving them a vague answer and requiring them to call back later. BE REALISTIC TIMELINE Be realistic! If you are ordering parts, be realistic with their arrival time frame. You can always let the customer know we do place a high priority on our replacement parts and that they can check their replacement part status online at any time. 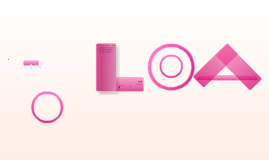 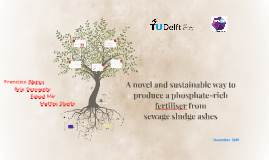