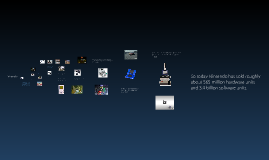 Transcript: Nintendo Nintendo started as a small Japanese business by Fusajiro Yamauchi on September 23, 1889 as Nintendo Koppai. Nintendo was origanally produced and marketed a game called hanafuda. Hanafuda cards were used to play a number of games. In 1953, Nintendo became the first company in Japan to produce playing cards from plastic. In 1959, Nintendo struck a deal with Disney to allow Nintendo to use Disney's characters on Nintendo's playing cards. Which the deal was a big success. Nintendo ended up selling 600,000 decks of playing cards in one year. The first game system released by nintendo was the Magnavox Odyssey. Magnavox Odyssey was released in 1972. The Magnavox Odyssey was the first home video game system beating the Atari Pong home consoles by 3 years. Nintendo sold 330,000 copies of the Magnavox Odyssey. It ended up being discontinued in 1975. In 1980 Nintendo launched the Game and Watch which was a handheld video game. Then in 1985 Nintendo released NES which was names the single greatest video game console in 2009 by IGN. Nintendo came out with a lot of different controllers to go with the NES like... about 60 million NES units have been sold since it was introduced in 1985. Then the gameboy was released in 1989. There was originally 4 colors of grey it would come in. The nintendo 64 was released in 1996 Then after the nintendo 64 Nintendo went to the gamecube which used miniDVD's based disks instead of full sided dvd's. So Three years after the Nintendo Gamecube came out Nintendo made the DS. After the Nintendo DS we go back to disks and to the nintendo WII. Which came out in 2006 So today Nintendo has sold roughly about 565 million hardware units and 3.4 billion software units. R.O.B. LaserScope Nes Zapper Power Pad 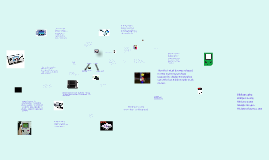 Transcript: The first arcade game was Pong released in 1972 by Atari Atari brought Pong to your home in 1974 Atari then released the Atari 5200 in 1977 Then the next Atari game system released was the Ataria 6200 in 1982 The market was getting flooded by the numerous amounts of video game systems in the store that are basicly the same things Problem: In 1984 there was a video game crash Solution: NINTENDO The Famicom Entertanment System was released in 1983 in Japan. The Nintendo Entertanment System (N.E.S.) was released in 1985 in the United States. In 1989 the original GameBoy was on the market. The first handheld system by Nintendo The next great invention by Nintendo is the Super N.E.S. released in 1991. Then the Virtual Boy was released in 1995 in america and was supposed to display 3-D graphics out of the box.It didn't make much money. And then in 1996 Nintendo came up with the Nintendo 64 In 1996 the GameBoy Pocket was released in America. It was a smaller unit that didn't have to use as much battery power as other GameBoys The GameBoy Color was released in 1998 in North America. The beauty of the GameBoy Color was it was the first Gameboy with a colored screen. Then in 2001Nintendo released the Game Cube. It took up less space than other nintendo systems and you could put memory cards in it to save your data. That same year the Nintendo GameBoy Advanced was released in America. It was useful for having a colored screen and being a smaller version. In 2004 the GameBoy Advance SP was released in America. SP stands for special.It was speical Because it was back lit,and fliped open, with a microphone slot. There was also a GameBoy Micro released all over the world in 2005. It was a very small system that could fit in the palm of your hand. During 2006 Nintendo started selling Wii's. Which have tons of memory and you can download new and old games on the systems memory. Then the DS was on the market in 2008. The DS has many different varieties like the DS, DS lite, Dsi, DSi xl, and the 3DS. A good DS trait is DS download play. DS download play is a wireless DS connection system that allows multiple DS players, to play the same game together Those whom do not study history are doomed to repeat it. And that's why I think we should learn about old game systems so we don't make the same system. (Video games are only one example) Bibliography: Wikipedia.org Nintendo.org Google images History of games.org Nintendo history ( from Atari to Nintendo ) 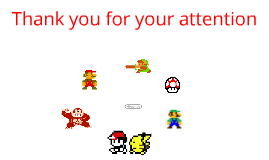 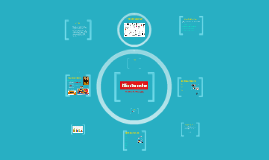 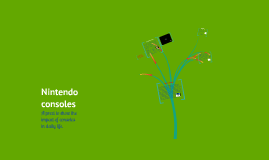 Transcript: Nintendo started in 1889 by Fusajiro Yamauchi who started making hanafuda cards ,after that he started making cards for the western area. This video shows alot of the posters for the company including packing with faces of many famous charaters.Then it grew from that to toys and games then finally to games consoles in 1977 when the company had been running for over 90 years. from the small company that Fusajiro created over 120 years ago it seems like alot from what it started from. Now people only think of Nintendo as the people who made video games and consoles.A short while ago Nintendo went back to their roots and made a special set of Mario themed hanafuda cards for a limited time only ,you can't buy them from the Nintendo website anymore but you can probably find them at eBay or other online second hand stores. Nintendo has affected our lives dramatically from the day they released their first console and before, when they made card games,gadgets and toys.Here are the main reasons on how Nintendo has affected our lives. In the future Nintendo hope to release their new console the Wii U successfully on the 20th November 2012, no other console news to date but lots of new games for the new console. The video I put in shows many of the features but not all because it was made last year but is useful for giving an insight to what this amazing console can do.When the console releases their will be 2 different packs to buy, the basic pack and the premium pack. As the names entitle the basic pack has less than the premium pack and is also cheaper. Iwata's aim is to expand the gaming world and to put smiles on peoples faces. Aims for the future How did Nintendo start A prezi to show the impact of consoles in daily life. Nintendo consoles Nintendo in my opinion are the most innovative console company producing consoles like the Wii U which doesn't need the TV . This shows Nintendo have had their thinking caps on. They have helped make gaming part of every day life by bringing it into most peoples homes and making it accessible to all generations. Did you know that 'nintendo' translated means luck to heaven! Nintendo with their 3ds is Japan's most favoured console and has brought 3D to the forefront of the electronics world. Nintendo is a Japanese based company that create many innovative consoles including the first touchscreen the first hand held and the first console with motion controls. The main fight was against Sega in the 1980's and 90's when both companys were fighting for no.1 in the end Nintendo won the clash of consoles after that Sega started producing games for Nintendo like 'Sonic the Hedgehog', their former mascot from their console days.Here is a brief video of the consoles Nintendo made up until 2009 and when they were made.I never knew was ever a colour game TV until I watched that video. What is Nintendo? How Nintendo has affected our day to day life the end? Iwata is the 'Nintendo of Europe' president. 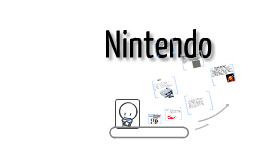 Transcript: Nintendo 1970 Arcade games ! Nintendo's playing cards then became less popular, and again began to drop in sales. This fall left the Nintendo company with 60 Yen in total of their stocks. Nintendo was still connected with the Toy Industry, and Began to succeed with the products they were selling. But they kept having to create new products and ideas for them to sell otherwise they would fall into dept. This was the start of how Nintendo became so popular. A few years later Nintendo began to Enhance its technology, when they soon created the new Nintendo DS Touch. Not long after the DS then took things a little further and put a camera onto the DS and enhanced the Microphone. Nintendo Playing Card Company After the DS and the DSi, The Wii was released in 2006. The Wii had Features such as, Censoring and gaming. Focused on Kids, teens and Adults. The Wii is now used for games and exercise. (Wii fit) A man by the name Shigeru Miyomato, was then Hired into the Nintendo Industry. Nintendo was getting more and more involved with the world of Technology. Then created Nintnendo's First ever Console called 'NEs. The business Name was then Changed to The Nintendo Company. In the Time Between 1963 and 1968, Nintendo Then Became involved With a Taxi Service, TV Network and a Food company (Instant Rice) Nintendo then had troubles running these and Began to Fall. Nintendo Started its business on September the 23rd, 1889 in Kyoto, with Small Handmade playing cards called 'Hanafuda. The Cards then became Popular to Japan and soon enough became well known with other Asian countries, but Nintendo was not a Huge company at that stage. After nintendo had the First console prepared, it need game for it to play. This was when the First ever Arcade games was created . 'Computer Othello' Released in 1978. The First arcade created by Nintendo. Soon followed up by Donkey Kong, Being one of the most popular games made. How did it Become Involved with Technology ? The next Generation The Fall and the Rise Censors and Touch 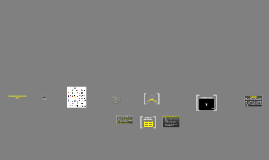 Transcript: What happens when a company ceases to adapt? More than 75% of Nintendos' sales are foreign, primarily in Europe and the United States. Exporters prefer a weak currency because it makes their goods more attractive to importers. Japan is hindered by its strong currency. Competitors have better graphics Accessibility Hundreds of dollars Nintendo has not released a new console in 6 years Handheld Gaming Systems Price by Sheila Cooney Why is Nintendo no longer thriving? "On January 26th, Nintendo unnerved investors from boosting it's projected net loss for the fiscal year." Download in seconds (cc) image by jantik on Flickr Japan's Strong Currency 2002 March U.S. sales of video-game software and hardware fell 5% last year http://www.businessweek.com/magazine/nintendo-needs-a-hit-in-a-hurry-02022012.html Purchase in a store Nintendo: A Case Study Competiton From Play Station and Xbox $838 million Sources Competition from phone games & other video game consoles Can Nintendo Regain its Footing? http://www.bing.com/images/search?q=nintendo+timeline&view=detail&id=04B75C7F20CFFEB78D0A489744090B3EFDF4A57B&first=0&FORM=IDFRIR Smart phone Apps Competition From Phones and Tablets A few dollars $260 million