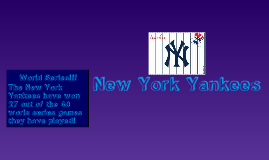 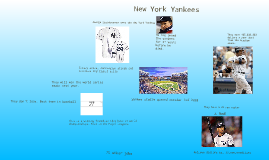 Transcript: They don't lose. Best team in baseball 75 other jobs yankee stadim opened october 3rd 2009 New York Yankees He has owned the yankees for 37 years before he died. They have a 25 man roster 405,000 dollars to, 33,000,000dllars They will win the world series again next year. They earn 405,000,000 dollars a year just from the stadium alone. A Rod George Steinbrenner owns the New York Yankees This is a winning franchise they have 27 world championships. Most in the Major leagues. Jersey sales, concession stands and revenues and ticket sells 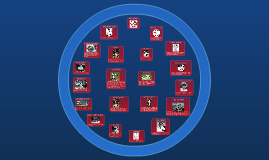 Transcript: Lou Gehrig The New York franchise is approved as a member of the American League. The team will play in a hastily constructed, all-wood park at 168th Street and Broadway. A-ROD Apr. 24, 1917: George Mogridge becomes the first Yankee to throw a no-hitter in a 2-1 win at Fenway Park. A monument in honor of Mickey Mantle is unveiled in Yankee Stadium's Monument Park. New Stadium New York Yankees Jason Giambi hits a 14th-inning walk-off grand slam to lift the Yankees to a 13-12 win over the Minnesota Twins, joining Babe Ruth as the only Yankees in history to hit a walk-off grand slam with New York down by three runs. Pinstripes first appear on Highlanders' uniforms, creating a look that would become the most famous uniform design in sports. Longest Game The Yankees become the first team to make numbers a permanent part of the uniform Breaking Records The Sultan of Swat Joe Dimaggio Babe's 700th The first night game is played at Yankee Stadium and the Yankees suffer a 2-1 loss vs. Washington before 49,917 fans. June 1, 2009: The Yankees set an all-time Major League mark with 18 consecutive errorless games, safely handling 660 chances over the stretch. Alex Rodriguez hits a three-run home run and a grand slam in the sixth-inning of the season finale at Tampa Bay, setting an all-time AL mark with 7RBI in an inning. First Yankee no-hitter 2nd Only Yankee Stadium opens with a 4-1 win over the Boston Red Sox before a reported crowd of 74,200. Babe Ruth hits the Stadium's first home run. Giambi's GS Reggie's 3 Making History Mickey Mantle Jack Reed’s two-run, 22nd-inning home run ends the longest game in Yankee history, a 9-7 win at Detroit. Reggie Jackson hits three home runs in Game Six of the World Series vs. the Los Angeles Dodgers at Yankee Stadium. Babe Ruth hits the 700th home run of his career off Tommy Bridges in the second inning of a 4-2 Yankees' win at Detroit's Navin Field. September 11, 2009: Derek Jeter breaks Lou Gehrig's all-time franchise mark of 2,721 hits with a single off Baltimore's Chris Tillman at Yankee Stadium. Gehrig had held the mark since 9/6/37. Numbers A-Rod hits his 40th homer of the season, becoming the first Yankees right-handed hitter since Joe DiMaggio in 1937 to reach that mark. A-Rod went on to hit 48 homers and drive in 130 runs, earning his second career AL MVP award. The New York Yankees have have won an all time record of 26 world series titles. History of the Yankees With 2,213 career RBIs, Babe Ruth ranks second in Major League history and his 1,971 RBIs as a Yankee ranks second in team history. Setting AL Marks A monument in honor of Joe DiMaggio is unveiled in Yankee Stadium's Monument Park. Errorless Lou Gehrig Appreciation Day" is held at Yankee Stadium on July 4, 1939. First Night Game Alex Rodriguez bashes two home runs against the Brewers in Milwaukee, becoming the youngest player in Major League history to reach the 400-homer plateau. Famous Uniforms 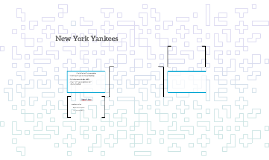 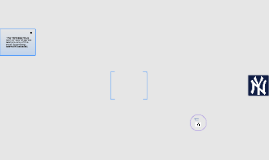 Transcript: The Yankees have won 27 world series and are one of the most legendary teams in baseball. Some really good Yankee players are... Mariano Rivera RE2PECT Babe Ruth The Great bambino Yogi Berra Derek Jeter The Sandman One of the best Yankee plays of all time is... New York Yankees http://m.mlb.com/video/topic/6479266/v3134880/nyyoak-gm-3-jeter-cuts-down-runner-with-iconic-flip 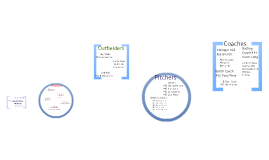 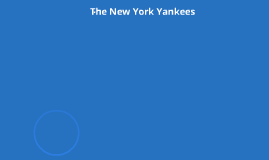 Transcript: The New York Yankees In the teams history they have 27 world series titiles They played in the only world series in baseball history that lasted into November They were the first team to have a designated hitter (Ron Blomberg) Joe Dimaggio who was on the Yankees hold the record for the longest hitting streak The #8 was retired twice by the Yankees (Bill Dickey, Yogi Berra) 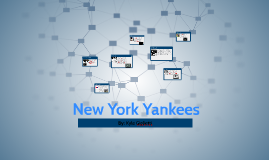 Transcript: 2009 World Series Champs DiMaggio was a very young ball player for the Yankees. He was born on November 25, 1914, Martinez, CA. He played as an Outfielder and was the Yankees "Clipper". He died March 8, 1999, Hollywood, FL. DiMaggio was a three-time MVP winner and an All-Star in each of his 13 seasons. He ranked fifth in career home runs (361) and sixth in career slugging percentage (.579). Lou Gehrig Mariano Rivera Lou Gehrig was really good baseball player from the past as well. He was a really focused and serious man and didn't fool around with many stuff. He had died in the year of June 2nd, 1941 of a rare disease of muscle. It was called Lou Gehrig disease. It slowly ate away at his muscle and slowly killed him later on. He was born on June 19th, 1903 in Yorkville, NYC. He died in the city of Riversdale, NYC. He played for the Yankees in the year of 1923–1939. He played for 17 seasons and was the 1st basemen for the team. 2009 Champions: In 2009, they Yankees won their 27th World Series at Yankee Stadium on the day of October 28th with a score of 7-3 over the Philadelphia Phillies. That World Series was the 105th adition World Series in the MLB. During that game, the Yankees pitchers were Pettitte, Chamberlain, Marte, and Mariano Rivera came in to close the game which gave the yankees the win. Babe Ruth Mickey Mantle About the Yankees Mickey Charles Mantle, nicknamed "The Commerce Comet" or "The Mick". He was born on October 20, 1931, Spavinaw, OK. He won the Triple Crown in 1956, leading MLB in batting average, home runs, and runs batted in (RBI).[5]. He was an American League (AL) Most Valuable Player (MVP) three times and All-Star sixteen times, playing in 19 of the 20 All-Star games he was named to. Mantle appeared in 12 World Series, his team winning 7 of them. His main possition he played was in center field. He died of Liver Tumour on August 13, 1995, in Dallas, TX. Below is his 500th recorded home run. Babe Ruth is a really old Yankees player from the past years in the 1900's. He joined the Yankees in the year of January 5th, 1920. In the 1932 World Series he called his shot and pointed to the center field stands, he then hit the home run right where he called it and no one still quite knows if he really called it or if he was just pointing at the pitcher. Ruth was born on February 6th, 1895. Ruth's personality was really fun and playful as well. Ruth's main position was an outfielder and a pitcher. Nicknamed "the Bambino" and "the Sultan of Swat". Also his 1st team he played on was the Boston Red Sox. Below is a video of Babe Ruth's called shot home run. The pitcher for the other team was Charlie Root. Joe DiMaggio The Yankees 1st made their team in 1903, in the Bronx, NYC. The New York Yankees play in the American League Eastern Division. They have won the World Series in the years of 1923, 1927, 1928, 1932, 1936, 1937, 1938, 1939, 1941, 1943, 1947, 1949, 1950, 1951, 1952, 1953, 1956, 1958, 1961, 1962, 1977, 1978, 1996, 1998, 1999, 2000, 2009. They have won more World Series then any other team in baseball which was 27. This video below is a video of the Yankees from the past and from today, and all the great unforgettable moments that they had. Mariano Rivera is the best closing pitcher in the world. He just latley retired and will soon be in the Hall Of Fame in Cooperstown, NY. He played with the Yankees for 19 seasons from 1995 to 2013. Nicknamed "Mo"[1] and "Sandman",[2]. He established himself as one of baseball's top relievers, leading the major leagues in saves in 1999, 2001, and 2004. Rivera primarily threw a sharp-moving, mid-90s mile-per-hour cut fastball that frequently broke hitters' bats and earned a reputation as one of the league's toughest pitches to hit. His final game was September 26, 2013 at Yankees Stadium. New York Yankees By: Kyle Giglietti