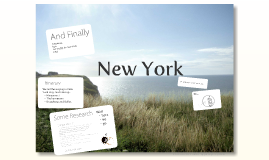 Transcript: In this presentation you will be blown away and entering a new world of persuasion you have never expirienced. Enjoy. Why Not? Why not give me the oppurtunity of visiting the Big Apple in the most visited time of the year. Travel: I will be departing form Bogota, Colombia December 26th 2011 and Leaving New York City, New York January 5th 2012. Some Research Photo credits: 'horizon' by pierreyves @ flickr Takeaway. Bye. Let me fly! (In New York City) Can you picture me? Skating in central park, counting down on New Year's Eve? ahhh the Glory The Fashion Institute of Technology in Manhattan is the only school in the world offering a Bachelor of Science Degree with a Major in Cosmetics and Fragrance Marketing. New York Itinerary Now, how will I get there? So... Gennaro Lombardi opened the first United States pizzeria in 1895 in New York City. We will be staying in New York City. And visiting.. Museums :) The hamptons Broadway, and Ballet 30 New York City has 722 miles of subway track. The first American chess tournament was held in New York in 1843. Let me give you some perspetive.... The "New York Post" established in 1803 by Alexander Hamilton is the oldest running newspaper in the United States. Did you know...? Well here we go And Finally Every year New York has 47 million tourists who visit every year. And this 2011-2012 December and January I will be one of them. So.... So much to learn.... The Genesee River is one of the few rivers in the world that flows south to north. 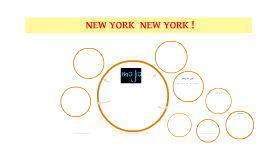 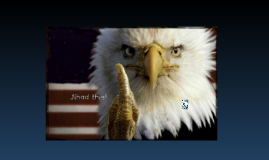 Transcript: It's greatest attraction is the Lady Liberty statue. New York has the largest China town in all of American! The Brooklyn Children’s Museum was the world’s first museum exclusively for kids. A very popular attraction is the Cathedral of Saint John the Divine. New York envied by the world over!!! 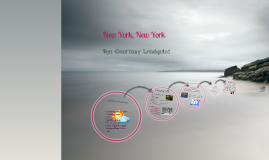 Transcript: Hurricanes use warm, moist air as fuel. warm air rises, causing an area of lower air pressure below. Air from surrounding areas with higher air pressure pushes in to the low pressure area. Then that "new" air becomes warm and moist and rises, too. As the warm air continues to rise, the surrounding air swirls in to take its place. As the storm system rotates faster and faster, an eye forms in the center. It is very calm and clear in the eye, with very low air pressure. Higher pressure air from above flows down into the eye. A cold front is a zone that separates two masses of air. weather more than 26,000 people live in each square mile 2013 almanac: winter-cold, dry spring-slightly warmer and drier than normal. summer-slightly warmer and drier fall-warmer and drier weather forecast: cold front symbols-The blue color and triangles warm front symbols- solid line with semi-circles A warm front is a mass of warm air that converges on a mass of colder air. interesting facts: By: Courtney Lundquist hurricanes symbols average temp: winter-37 degrees F fall-50 degrees F spring-48 degrees F summer-72 degrees F northeastern on the country map 64% partly cloudy °F | °C 68° / 56° Wind: East at 5 mph air pressure:1020.5 mb New York, New York A red L represents low pressure A high pressure system is represented as a big, blue H. 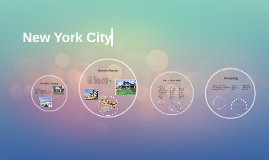 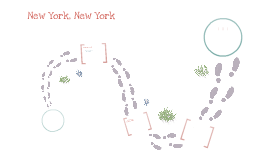 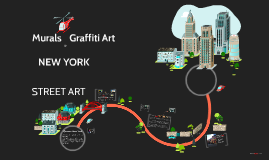 Transcript: Murals are allocated a certain amount of space and exhibition time based on the quality and durability of the work. Owned by Jerry Wolkoff Located: Queens, Long Island Where 200 artist rent for studio space Although, in August 2014 5 pointz was in the process of being torn down Protested in February 3, 2014 artists painted on the walls "Art Murder" in big red and blue letters. http://ny.curbed.com/tags/5-pointz STREET ART Poland Mona Caron Almost entire neighborhood is covered by graffiti Although, artists who interested in putting up their work here must first be reviewed and granted permission by curator. Columbia SC USA stream of water in the forest becomes a stream of people in the city. Both are the key to the vitality of their environments... . . . Queens, New York They may be tiny yet they push through concrete. They are everywhere and yet unseen. But the more they get stepped on, the stronger they grow back. This is a series of hidden mural paintings of weeds, created as a tribute to the resilience of all those beings who, like weeds, no one made room for, were not part of the plan, and yet keep coming back, pushing through and rising up. I paint each weed gradually from bottom up in tiny increments, photographing each stage. With the resulting photos, I'm creating a series of short animated movies of giant weeds asserting their presence in a precarious environment. Eduardo Kobra Brazilian Artist Murals 70s and 80s NYC subway and graffiti movement design by Dóri Sirály for Prezi Berlin Germany San Francisco Mediums: Illustrator since 1996 Muralist 1998 Water colors Children Books Posters Lisbon, Portugal 5 Pointz Does anyone know who the artist is? What style does this remind you of? Do you think there is a meaning behind this? New York Bayard Street Air Brush Paint Spray paint Graffiti Art NEW YORK Diverse Styles Graffiti-Street Art Mural-Street Art Inspiration, Sending dialogue Message, Controversial, Expressing self larger scale, changes perspective