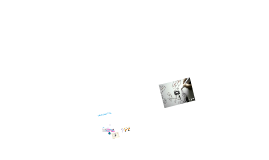 Transcript: Networking WAN's wide area network LAN's local area network Servers A group of more powerful computers that provide services for other computers Summary Network Interface Card (NIC) Network Interface Card Cables Cables Wirelessly Wireless Networks Blutooth Bluetooth Disadvantages: Star Topologies Simple to install Easy to extend Economic in its use of cable Twisted-pair cables are the most common. Category 5 ( can carry 100Mb per second Coaxial cable is not used much now. Fibre optic cable has a central core made of glass and transmits the signals using light. Most networks use cables to connect the computers. Disadvantages: Ring = Bus Advantages: Topologies Advantages: Advantages: Data speed is fast Works well with lots of computers (heavy traffic) A break in a single cable does not affect any other computer Additional computers can easily be added Bus Topology: Disadvantages: Networks can be connected wirelessly using WiFi technology. WiFi connections use radio waves, just like mobile phones Bluetooth wireless technology allows all sorts of different devices to connect to each other and share data. Bluetooth devices communicate through short range networks known as piconets. A group of computers joined together A lot of cabling is required, this is expensive A failure in the hub crashes the entire network Cable failure affects all of the workstations It is difficult to add extra computers Every computer on a wired network needs a network interface card (NIC) which is connected to the motherboard inside the computer. Star Data speed is faster than bus as it only goes one way Less cable than star Ring Topologies Performance can be slow if too many computers are attached to the network/too many users If the cable “breaks” (cut / disconnected) the network will crash Computers on a network each need a and cable to connect them, often through switches. There are different types of that can be used. The way a network is arranged is called a topology. Network topologies can be bus, star, ring or mesh. Some networks use more than one topology – we call them hybrids. Computers can also be connected allows lots of different types of device to connect wirelessly. 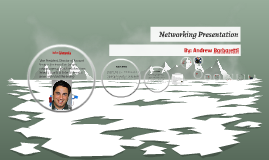 Transcript: Responsibilities Is charged with helping find new clients and develop strategies that meet their business objectives. "To help lead Team Epic’s new positioning in the marketplace and to help lead our clients into the convergence of online and offline experiences in sports, lifestyle and brand marketing." "So in November and December, we're constantly on the phone with agents, constantly trying to assess the needs and wants of other organizations, constantly brainstorming trades. We're on the phone with other organizations, agents, figuring out our budget, making moves, setting up for the winter meetings, visiting free agents--or players with no-trade clauses occasionally--things of that nature. So November and December are very hectic and they're all about player acquisitions and player transactions. January is typically a month of contract negotiations and arbitration. We spent much of last month preparing for an arbitration case, in David Ortiz, that didn't come. We were able to avoid it with a settlement--we settled all our arbitration cases--and now we're working on a multi-year deal or two (Ed note: Soon after this interview was conducted, the Sox inked Trot Nixon to a three-year, $19.5 million contract). So January's about contract negotiations. listening is important. And being actively aware, every day. Larry Lucchino's "Top 10 Qualifications of the Ideal General Manager," Networking Presentation B.A. in English, Columbia University, 1988; M.S. in sports management, University of Massachusetts, Amherst, 1993 First job was Internship at Western Kentucky University athletic department Previous job was Vice president, marketing and partnerships, Alliance of Action Sports Current Job is Vice president, director of account services, Team Epic Grew up in Bayside, Queens, N.Y. executive most admired Oakland A’s general manager Billy Beane lives in Ridgefield, Conn. Brand most admired Mountain Dew Vitals Vice President, Director of Account Services for team Epic (newly created agency, which resulted from Velocity Sports & Entertainment’s union with Vivid Marketing) Attended Yale university and graduated in 1997 with a degree in American studies took a job in the public relation department with the San Diego Padres, working closely with Larry Lucchino (current president and CEO of Red Sox) Soon became director of baseball operations and he studied full-time at the University of San Diego School of Law, where he earned a Juris Doctor degree. November 15, 2003 Epstein was hired to work under Larry in Boston At the end of 2003 season Epstein became GM of Red Sox Theo Epstein Aquired key players like David ortiz and Curt Shilling who helped end "the curse of the Bambino" October 31, 2005, Epstein resigned, rejecting a three-year, $1.5-million-per-year contract for personal reasons. on January 12, 2006, and he and Red Sox management announced his return. Six days later, the team announced that he would resume the title of General Manager and add the title of Executive Vice President. October 12, 2011, Epstein agreed to a five-year contract worth $18.5 million with the Chicago Cubs. and would be named president Career December 29, 1973 New York City, NY raised in Brookline, Massachusetts 40 years old currently living in Chicago grandfather and great uncle wrote screen play to Casablanca father is head of the Creative Writing Program at Boston University sister was a writer for the television series Homicide: Life on the Street and Tell Me You Love Me. By: Andrew Barbaretti February and March move into spring training, and you take the time to get to know your big league staff and get to know your big league club. It's also a rare opportunity to see all your minor league players in the same place at one time. You make plenty of roster moves and maybe an acquisition or two as you whittle down from 50-something players in camp down to 25 who break with the big league club. Then, in April and May, you prepare for the draft. Obviously you try to be around the big league team as much as you can at the start of the season, but you focus on the draft for most of April and May. Then, the draft comes the first week of June. June and July you're focused on the needs of your big league team, what you need to do to make the right moves. In the last week of July you're constantly on the phone with all the clubs, negotiating trades. In August, your attention shifts back to the minor leagues--you want to make sure you see all your minor league teams play before the end of the minor league season. In August and September, you're back for the playoff run, and then October comes around and you're back looking at minor league free agents and the whole cycle of the off-season starts again. Interesting Facts Career Path Advice John Stamatis 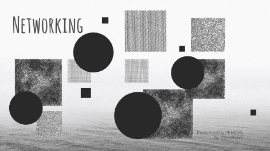 Transcript: Networking Presented by Bethany Durham Kevin schindler Historian, astronomer, and author Works at Lowell Observatory Writes columns for Arizona Daily Sun Specializes in history of Flagstaff My Reasoning I want to do PR for a non-profit and Kevin has experience with these types of organizations he has experience with some pr aspects (i.e. press releases) I enjoy writing and he is an established author He is well-respected in the community Janice Sweeter NAU Assistant Professor of Practice NAU School of Communication professor My current PR373 professor PR and advertising practitioner She is one of the kindest people you will ever meet! My Reasoning We have known each other for about two years and get along well We have a lot in common as far as career and interests She has decades of experience in the PR field and has held a vast range of positions She knows a lot of powerful people in the PR field She can help me build connections What I Learned Be open to opportunities I was able to get a possible internship simply by meeting and connecting with Janice Be willing to volunteer, it might open you up to jobs or other opportunities This is how Kevin got his long-time job at Lowell Observatory Don't be afraid to reach out to people More likely than not, they will respond positively People enjoy being asked for help and advice 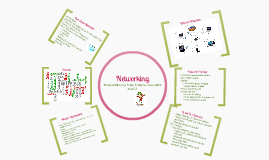 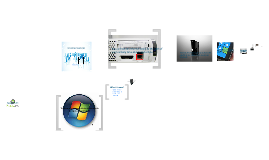 Transcript: Xbox live uses many things to allow it to function Networking Presentation Also, recently Microsoft came out with a mobile version for Xbox Live available for Windows phones and very recently iPhones. What it uses? Microsoft Launches Xbox Live App for iPhone, iPad By: Christina Bonnington Dec 7th, 2011 Wired.com Microsoft Opens Internet Explorer on Xbox Beta Test By: Paul McDougall August 22nd, 2012 Informationweek.com The company responsible for this network being used is microsoft. Of course Xbox Live will always be all about gaming and how it connects players together in a network. The following video shows why this network was made and why it's so successful. You either have to use a modem or a router to connect your console to the internet. Another thing that is making this network even more complex is Internet Explorer being developed to work on Xbox Live. This will lead to using your Xbox for more than gaming. They just recently released a beta to test how it will work. My presentation is about Xbox Live the network that allows people to play online against other players. Most of the Xbox Live content is routed through the Microsoft servers for Live Citations Thanks for watching! You connect an ethernet cable to the back of your console to be able to get online. However,the more recent ones have Wifi capability and allows them to connect wirelessly. By Isidro Diaz