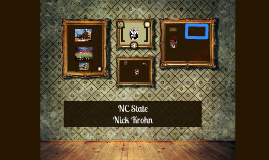 Transcript: Located in Raleigh NC http://www.ncsu.edu/about-nc-state/quick-view/ http://en.wikipedia.org/wiki/North_Carolina_State_University Mascot is Wolfpacks Tuition Cost- In State: 22,184 Out of State:35,639 The Krispy Kreme Challenge http://students.ncsu.edu/top54/list.php?id=1 Largest four year institute in North Carolina Spring Semester 2014 An event students can get involved in to complete you must run two miles to the nearest Krispy Kreme then eat a dozen doughnuts. After downing the doughnuts you must run back to the campus. If completed in under an hour you have succeeded the challange. Football Stadium I'm intersted in the college because of it engineering programs. Established March 7 1887 Buildings on Campus Student Life NC State Nick Krohn http://www7.acs.ncsu.edu/financial_aid/costug.html NCSU Logo Recreation and Sport Event Application Deadline: December 6 2013 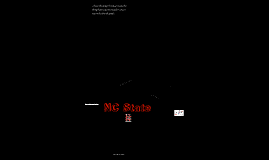 Transcript: This collage is located in raleigh NC NC State has 34,000 students and 8,000 faculty and staff NC State holds a Ram Roast every year before the UNC football game. This is a public school Academic Information NC State http://www.packbackers.com/site_fun_facts.asp I chose this major because it was the thing that i was interested in since i was in the fourth grade 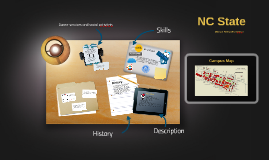 Transcript: Surrounding area activities When you are under academic probation you are not allowed to be enrolled in or, take any other courses for a semester. They offer internships, cooperative education, and short term experimental partnerships, which can help people determine what career they want to be a part of, or gain experience. They also offer honors and scholars programs History Deadlines SOCIAL It was founded in 1887 by the North Carolina General Assembly. It was first known as North Carolina State College, and as years went by, they offered more subjects like engineering and business education. During WWII they used some areas for military training. Requirements- You must enroll in a degree seeking program, you must be a US citizen or at be a legible non-citizen, you must be making progress, you must not be in debt for any other federal education loan. There are two main types of financial, you can work while studying, or you can pay them off at a later time. You can get scholarships, loans grants or campus employment PLATFORMS There are a large variety of extra curricular activities Most activities are physical like sports, challenge course, and aquatics. Social The main thing is that you need to submit your SAT and ACT scores You also need your writing scores If you have taken it multiple times, submit all of your scores. Michael Hernandez-Bernal Academics There are a total of 28 meal periods every week, There are 4 different meal plans and anyone who comes to NC state for the first time must have a meal plan for their first two semester. Social activities Financial aid and scholarships Some classes can help you get a job, or an internship. some classes are hand on, so you get more experience with a career. You can try to enroll into majors classes that easily apply to the job you want to be a part of, for example, i would want to take Aerospace engineering. SEO NC State Description The application is due by January 15 SAT and ACT scores are due February 1 CMS On Campus living Meal Plans They have museums, parks, theaters . Requirements It's a public school They offer religious studies like Hinduism, Buddhism and Christianity and many more. It is a co-ed school There are leaning villages, campus apartments and residence halls To request a roommate you have to apply, and both people have to agree on this Most buildings are alcohol free, very few allow use, and you must be the right age Career services . Campus Map Its located in Raleigh,NC Its 2,200 acres big They have indoor and outdoor fitness centers Craft center, a theater, a music department, and a museum of art and design Different housing options, dining areas, and an on campus farmers market. Career services and social activiteis Description History Skills 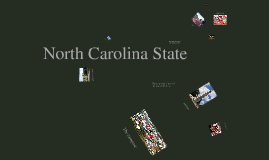 Transcript: North Carolina State Welcome to NC State Here at NC State we have many diffrent sports like: Track Football Baseball Basketball The dorm rooms are also cool Here are some other cool pictures of NC State memorial The campuse Football game

Transcript: Original Mission: opening the doors of higher education to the citizens of North Carolina and providing teaching, research and extension that strengthen the state and its economy. NC STATE NC State > Founded in 1887 > Morrill Act 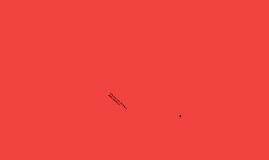 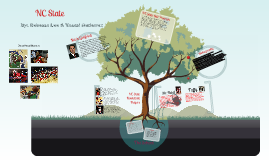 Transcript: http://www.ncsu.edu/about-nc-state/chancellor/ http://www.gopack.com/sports/m-baskbl/ http://www.gopack.com/graphics/html_files/tuffy-page/index.html http://www.gopack.com/genrel/080708aab.html http://www.gopack.com/sports/m-baskbl/mtt/cj_leslie_710843.html http://www.gopack.com/sports/m-baskbl/mtt/scott_wood_621986.html http://www.gopack.com/sports/m-baskbl/mtt/lorenzo_brown_710840.html http://www.gopack.com/sports/m-baskbl/spec-rel/040511aaa.html http://www.thepncarena.com/teams/detail/nc_state_wolfpack http://www.gopack.com/sports/m-baskbl/spec-rel/080708aab.html By: Rebecca Lee & Yasani Gutierrez Funny/Cool Pictures Mark Gottfried is head coach for NC State men's basketball. Gottfried is a former Alabama coach and competed in one of the nation's toughest conferences, the Southeastern conference. Gottfried is 47 years old and one of America's most respected coaches. Gottfried's Crimson Tide amassed more than 210 wins during his 11 years as head coach. Gottfried and his wife has 5 children with the oldest son playing football for Stanford. History The NC State basketball program started in 1911. NC State has played for 50 years in the historic Reynolds Coliseum, the NC State Wolfpack began a new chapter with a move to the PNC Arena in 1999. The men's basketball program has two national championships, four final four appearences, and many conference tournament championships. Lt. Commander Everett Case was head coach for 16 years, he led them to their first final four appearence, led them to win 6 consecutive Southern conference wins, and 4 ACC championships. Lorenzo Brown is a junior at NC State and played guard for Wolfpack basketball. Brown is from Roswell, Georgia, and went to Hargrave high school and played for the Falcons. Brown scored an average of 12.7 points a game. In the AAU was a teamate of Richard Howell and is majoring in parks, recreation and tourism managment. CJ Leslie is a junior at NC State and played forward for Wolfpack basketball. Leslie is from Holly Springs, North Carolina, and went to Word of God Christian Academy for high school and played for the Holy Rams. Leslie scored an average of 14.7 points a game. Leslie was a former teamate of John Wall in high school and is majoring in African studies. Scott Wood- NC State has more than 34,000 students and nearly 8,000 faculty members. NC State is located at 2200 Hillsborough St Raleigh, NC 27695, and the campus is 2,000 acres big. There are currently 11 men's teams, 11 girls teams, and 1 mix (girls & boys). Some courses include zoology, technology, veterinarian science, plant science, nuclear engineering, mathematics, biology, and Art studies. Lorenzo Brown- Present Day Bibliography CJ Leslie- NC State NC State Ball Program Mark Gottfried NC State University was created March 7th, 1887. The first class of 72 students enrolled in 1889. NC State's purpose is to to open the doors of higher education to all of North Carolina, and to transform the state by developing and dispersing an understanding of agricultural and mechanical sciences. NC State is a leading land-grant college. A land-grant college/university is a college of higher education in the United States. NC State has many traditions. These traditions include Service NC State (SNCS), Homecoming Week, Shack-A-Thon (Habitats for Humanity), amd The Krispy Creme challenge. Scott Wood is a senior at NC State and played forward for Wolfpack basketball. Wood is from Marion, Indiana, and went to Marion high school and played for the Giants. Wood scored an average of 12.4 points a game. Wood's father played college basketball for Western Carolina and is majoring in parks recreation tourism - program managment. The School NC State Basketball Players Tuffy Mr.Wolf Tuffy is NC State's live mascot. Tuffy is a Tamaskan Dog. This breed of dog originates from Finland. This breed is known for agility, obedience, and working trials. It is known for pulling sleds. Tamaskans were bred to look like wolves, though they have no recent wolf history. The "Wolfpack" was first mentioned in 1921, when an anonymous letter, written to the school newspaper said that some of the school's football players were as "unruly as a pack of wolves." The name 'Wolfpack' had negative connotations during world war II. NC State had a contest to pick a new mascot. There were more letters in support of retaining the wolfpack. Since 1983 Mr.Wolf has been called Mr.Wuf. Mr.Wolf and Mrs.Wolf are currently mascot of all NC State athletics. 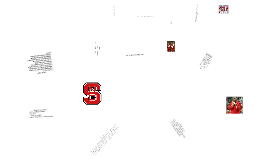